I think there should be a limit to emotional blackmail during the holidays.

No, this does not reference anyone in my family. It is instead aimed at songwriters.

This sort of thing comes from the same poisoned cultural well that serves up Heartwarming Email Chain Letters, Hallmark Channel movies, and those drawings and figurines of children with bizarrely enlarged eyes that are supposed to make them look cute and vulnerable but instead make them look like aliens who are going to eat your pets. Maybe the dog didn't run away after all.

The radio station that Kim has tuned all of our radios to goes "all Christmas, all the time" beginning Thanksgiving morning. Sometimes this is kind of nice - when else do you hear "Linus and Lucy" on the radio? But sometimes it just makes you want to call Ghost Busters on the Spirits of Christmas Past, Present & Future, LLC.

We seem to be timing our alarm clocks just right these days, and for several mornings recently we greeted the day by listening to a country singer buy shoes for a poor child with a dying mother (no dog, as near as I can tell - perhaps it ran away or was eaten), an act which miraculously teaches said country singer (and by extension us) the True Meaning of Christmas. Which seems to be about shoes.

Now, I get it. I really do. Being a selfish jerk is not good, and being one at a time when one is supposed to be looking beyond oneself is even worse. There are other people and other causes in the world besides us, and we ought to pay attention to them and be willing to sacrifice a bit for them.

Frankly, we ought to do that as a matter of course, and not wait until Christmas, but that's another issue.

But great googly moogly, people - must that lesson be beaten in with a shovel? Can't we all just get a new song?

Or an old one?

My favorite Christmas song is unabashedly sentimental. "I'll be home for Christmas," it says, "if only in my dreams."

That's not so bad, is it? Nobody had to die. Nobody was saved with a credit card. There is no attempt to derive deep meaning or significance from the situation. You can add some if you want, but that's not what the song is about. It's just a slow, sad song about wanting to be with the people you love.

And if you happen to sing it all by yourself in an empty, concrete building as you're closing it down for the day, a building that echoes pleasingly, well, it sounds really good. And it makes you want to go home, to be with those you love. 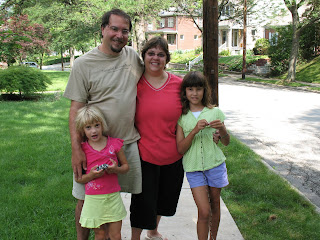 I don't know if that's what Christmas is all about, Charlie Brown, but it works for me.
Posted by David at 12:27 AM

Oh. My. God. I heard that song yesterday. For the first, and last, I hope, time. I think it might have reduced me to tears when I was 13, but yesterday I was just annoyed at the obvious ploy. Ah...to be old and jaded...