It's All Chemistry to Me

There is a real irony to this, even beyond the fact that I am a historian. It's not that the grading was all that difficult - Kim took all the parts that required actual thought and/or knowledge of chemistry, leaving me the matching and multiple choice sections. A trained monkey could do that. Even a historian could do that. And so it was done.

No, the irony of this - indeed, the broader irony of the fact that I married a chemist in the first place - is that chemistry was never my strong suit in school. It wasn't that I was especially bad at it. I recall passing my last chemistry class, way back when during the depths of the Reagan years. It was more a matter of attitude.

And worse, that my lab partner shared this attitude.

Gerald and I were ideal lab partners in that we both enjoyed messing around with the chemicals but neither of us really cared about the little things, like accurate measurements or the academic approval that might come from such things. "Does this look like a gram to you?" was generally how we resolved questions like that. This might be why, among other egregious lab errors, our molecular formula for sulfur was off by a factor of two.

Kim just shakes her head when I tell her this.

On the other hand, we didn't blow anything up or force widespread evacuations, so that has to count for something. We did burn through a prodigious amount of copper-II-sulfate, which makes a gorgeous royal blue, kelly green and silver-white flame, but you just have to make allowances for that sort of thing, really.

Kim says I'm her irony, since she never took a history class. We're quite the post-modern couple that way. 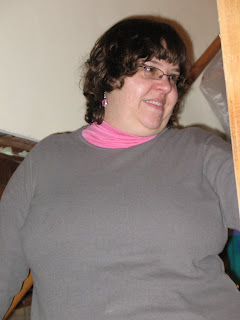