The Short End of Star Wars

I don’t really get the whole Star Wars thing.

Oh, I’ve seen all the movies.  They were perfectly fine movies.  I enjoyed them, actually.  When the New Revised Standard versions came out in the 1990s I even went back and saw them again with Kim.  She and I made it through all of the prequels, which were not the towering powerballs of suckage that they are often made out to be but neither were they, well, much to write home about.  Yes, indeed, Jar-Jar was a disaster and no amount of ret-conning can change that.  But the 1977 original was great fun, the middle one managed to keep the story going without damage, and the third one wrapped it all up fairly nicely.

The originals even have relatively happy memories for me beyond the films.

I didn’t see the first one before it became a sensation, and back in those pre-internet days finding a time and theater that was playing it and where tickets were available was not easy.  My dad ended up taking me and my brother to a theater way out in some part of town, and we had a great time.

My parents took us both to see The Empire Strikes Back as part of my eighth-grade graduation – at a time when the lines for evening shows were hours long, we went on a weekday afternoon and practically had the place to ourselves.  I did ruin it for my mom, however.  When Yoda came on screen, spouting timeless wisdom, I leaned over and whispered, “Listen!  It's Grover!”

I saw Return of the Jedi twice in high school, once with my girlfriend at the time and once with my family, both times within a week of each other.

Honestly, the local newspaper even had – dead center on the front page – a photo of people lined up to see the new Star Wars installment, because in a week where Governor Teabagger (a wholly-owned subsidiary of Koch Industries) secretly signed legislation to make Wisconsin elections less transparent and less accountable, where the leading candidate for the GOP nomination openly advocated war crimes and saw his popularity rise because of it, where 30% of the GOP base went on record favoring the bombing of the fictional country of Agrabah (home of Disney’s Aladdin, and no I’m not making that up), where the US economy reached a point of recovery where the Fed now has to consider putting brakes on it, and where both Iran and the Taliban have openly called for the destruction of ISIS (making them, in effect, our allies, and what a strange world that is), what counts as news in Our Little Town is people standing in line to see a movie.  Because STAR WARS, duh.

I just don’t get it.

I am clearly Out Of It.  Pathetic and Uncultured.  Destined for the Dustbin of History.  And I’m okay with that, I suppose.  I’m certainly used to it, anyway.

I’ll see the new Star Wars movie eventually.  Of course I will.  I’ve liked the others, so I’ll no doubt like this one too.  And I am a fan of science fiction (and fantasy) in general – it’s what I read when I’m not reading things with footnotes, it’s basically the only show I watch regularly on television that doesn’t involve a scorekeeper, and I appreciate that it is a genre that remains unafraid to ask its patrons to think rather than just passively absorb.

But the capital-P Phenomenon that is Star Wars?

Every year I go through the digital stack of the year’s photographs, looking for things to put into our Christmas letter.  This happens whether or not we actually get out a Christmas letter, because it’s the thought that counts.

And since 2010, I have also posted the annual Faces of Lauren post commemorating the things that Lauren insists on doing when confronted with a camera lens.

If you are interested in previous versions, you can find them here:

This was once my project, but over the years Lauren has taken on a bigger and more active role in selecting the photographs.  This year it was essentially all Lauren, with my role being reduced to lobbying for a few additions that I felt were too good to pass up.

So most of what you see here has been chosen for you by the star herself. 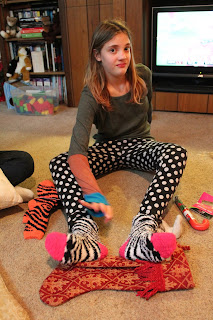 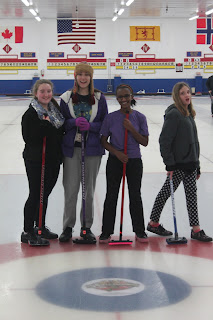 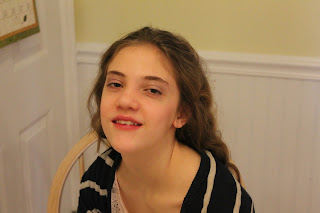 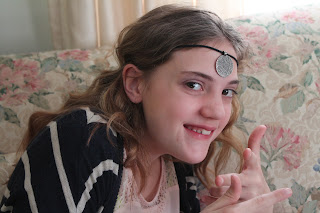 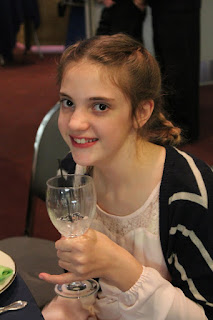 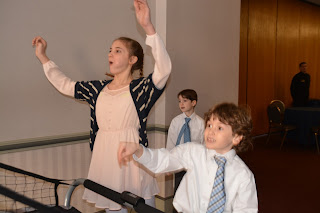 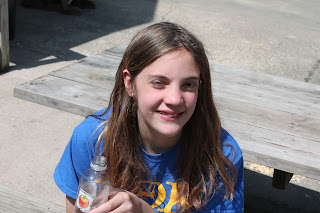 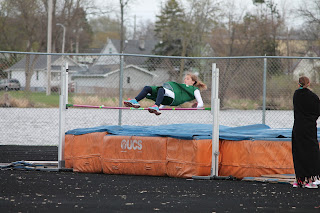 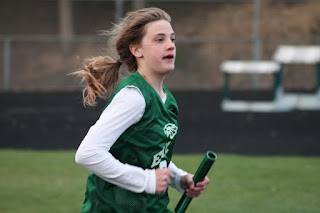 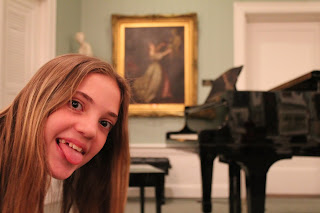 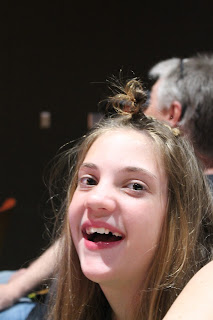 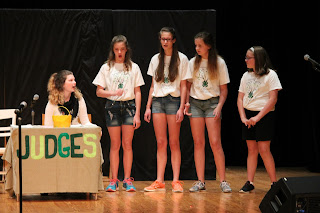 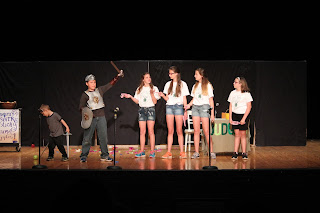 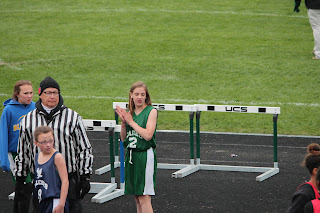 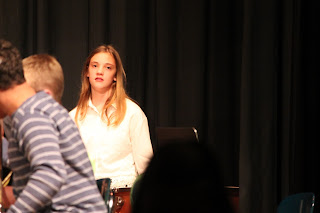 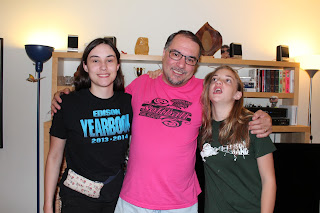 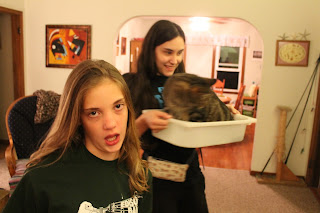 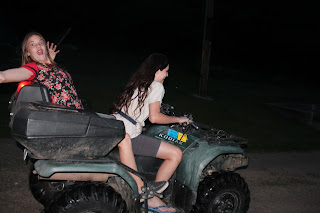 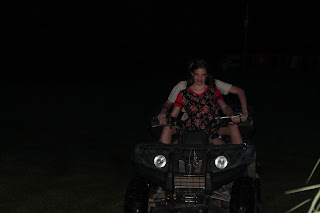 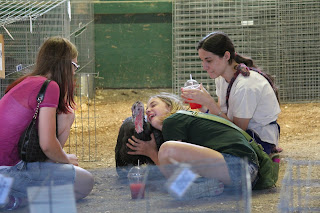 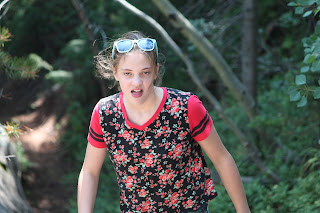 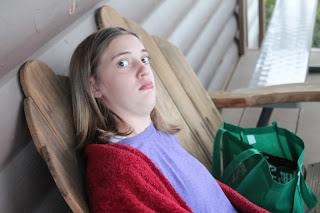 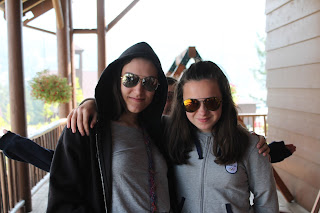 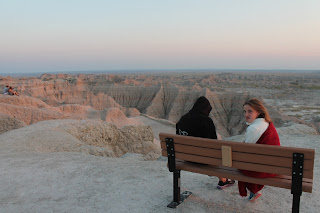 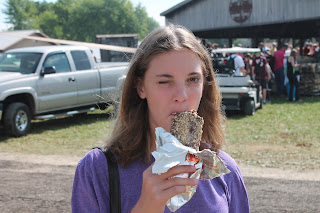 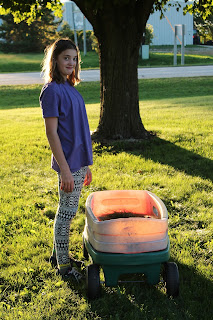 1. When Kim and I got engaged, 21 years ago, my brother’s first reaction (after congratulating us) was to pause thoughtfully and say, “You know, for the rest of your life Dubuque will be a romantic place for you.”  And he was right.  We spent this past weekend at our favorite B&B there – the Richards House, if you are in the neighborhood and looking for a marvelously relaxing place to stay – not doing a whole lot of anything.  We even managed to get the same room where we got engaged, all those years ago.  It was a very good weekend.

2. The best Italian restaurants are the neighborhood hangouts – the ones where the wood paneling and the paintings on the wall are straight out of 1964, where the owner and his wife sit at the bar and greet you as you walk in, and where the food is good, plentiful, and comfortable.  We went to Mario’s this weekend, just a couple of blocks from the Richards House.  You should go there.  You can tell them I sent you but they will probably just look at you in a puzzled sort of way if you do, so my advice is just to eat and enjoy.

3. I have now seen my second James Bond movie.  I am made to understand it was one of the better ones – Kim has seen them all and knows these things.  It struck me as a not-unpleasant way to spend an evening, particularly as there was a pleasing amount of screen time devoted to Lea Seydoux, but it was rather less realistic than Mad Max and had some large and puzzling plot holes (what happened to the widow, anyway?).  Also, is it just me or do other people also notice the fact that Bond is a raging sociopath?

4. We’ve managed to get our Christmas tree up, though after a week or so it still has only a single decoration on it.  There has been no progress on our Christmas letter.  I did buy a bunch of those Charlie Brown stamps, so that’s something.  Kim has done a fair amount of gift shopping, and I hope to get into that soon.  My guess is that the usual level of holiday panic will be upon me soon, and the usual level of “whatever, dude” will follow.  I am a bad, bad celebrator of holidays.

5. I will no longer engage with gun fanatics online.  All I get when I do that is unhinged ideology, pathetic hero fantasies, and hallucinatory self-serving historical revisionism, and that has simply gotten old.  If you are too stupid to understand that a nation where the mass shootings are a daily occurrence is a nation in need of serious change – change that starts with doing what every other civilized nation on earth has done and putting reasonable restrictions on the availability of firearms, particularly military-grade high-powered weapons – then you are not worth my time.

6. If I never hear another advertising jingle sung to the tune of a Christmas carol, that would be okay.

7. There isn’t a single major candidate running for the GOP nomination who should be allowed to walk the streets unsupervised by grown-ups.  Seriously – this is the best they can come up with?  A proto-Fascist con artist, a dazed and (all kidding aside) possibly mentally ill surgeon, a Canadian grifter whom nobody even in his own party can stand, a failed business executive, and a lightweight Senator who can’t even be bothered to show up to work?  No wonder they don’t believe in evolution or progress.  They clearly have no experience with those things at all.

8. When Dick Cheney comes out from his lair to condemn you as being too extremist in your hatred, you’ve got serious issues.  Donald Trump has crossed the line from parody to threat and should be heartily condemned by every thinking American for his assault on human decency, religious freedom, American values, and the Constitution.  It bothers me that so many people in this country refuse to do that, though the blunt condemnation of his racist and incendiary rhetoric from many Republican leaders encourages me.  They need to rein in their extremists, and I’m glad they are finally beginning to recognize that.  I hope that trend continues, though the vitriolic backlash those leaders are receiving today from their own base is not a good sign.

9. Coming up with essay questions for exams is one of those chores that never seems to get any easier.  It’s hard to find a question that will tie together enough class material to be interesting in a way that students can understand what is being asked of them and can be accomplished in the time allotted.  Coming up with three questions at once, for the same exam, is even more of a chore.

10. Doctor Who has aired its final regular-season episode of this most recent series.  I enjoyed this season’s episodes far more than many of the last few seasons.  Peter Capaldi does a remarkable job of bringing out the darker and more alien aspects of the character, and the writing is just leagues beyond anything poor Matt Smith was saddled with.  They finally figured out what to do with Clara's character, and Ashildr was a nice surprise.  All in all, a satisfactory and satisfying season.  Christmas episode in two weeks – we’ll see if they can keep it up.
Posted by David at 9:25 PM No comments: