Welcoming in the New Year

It's a brand new decade, and the house smells like cheese.

We had a quiet New Year's Eve last night, in keeping with our recent traditions. Our friends Dan, Theresa and Grace came over, and while the kids tore around the house doing the sorts of things that kids do, the grown-ups played cards and consumed food and drink.

The evening started with a small family cake-fest for Tabitha, to celebrate her newly-acquired double-digit status. Kim and Tabitha made the cake - a deep chocolate with homemade butter cream icing - and we had cake and ice cream for dinner, because it's New Year's Eve and Tabitha's birthday and sometimes you get to do things like that. 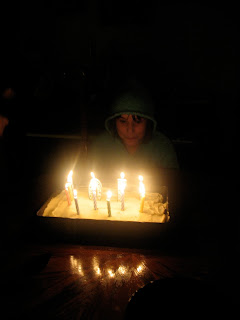 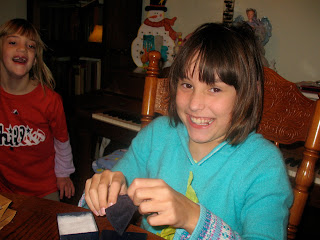 And then it was fiesta time!

This year we decided to have fondues, because they are easy to make and easy to eat and we're all about the easy. Theresa made the cheese fondue and brought over an entire tray of goodies for dipping. I made the chocolate/orange/brandy fondue with an entirely different group of goodies for dipping. Plus there were chips of many kinds, chocolates, salsas from the local Mexican grocery store (green this time - sometimes I wish I could remember all that Spanish I sat through in 8th grade, if only to ask what variation of salsa we're getting this time), and a wide assortment of adult beverages. It would have served two teenaged boys quite nicely, but was far more than four adults and three kids could possibly consume.

Except that you cannot have leftover fondue. You just can't. Not that you can eat it all at once, but whatever you don't eat you have to bury in a landfill or it evolves and tries to have you evicted from your own house. We've done that, thank you, and the legal bills are prohibitive. So we eat, drink, and are merry, and the rest of it goes out the door.

We played many rounds of cards. We played 31, which is a game we learned in Chattanooga from one of the Uncles Chris (more on Christmas to follow in future posts...). The girls got Theresa and Dan to play Uno for a while. And then Kim brought out the Mille Bornes for the adults to play. 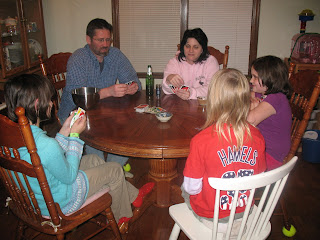 Sweet dancing monkeys on a stick, but that game has a lot of rules.

We played several hands, not one of which would have been sanctioned by any Mille Bornes governing body, but we had a good time.

When the ball dropped in NYC we had the television on and the pots and pans out. There was due cacophony, and then we settled in for another hour of cards and random child activities before it was actually midnight here in the nation's tender midsection. We fired up the television for another round of ball-dropping (they helpfully rerun it every hour for those of us behind the times), but two minutes before midnight our cable had one of its periodic blackouts that it really must start going to meetings about, so we were left on our own as to when the new year started.

We have a lot of clocks in our house. But as the old saying goes, a man with one watch always knows what time it is, but a man with two is never sure. None of our clocks have the same time on them. So we pulled out our cell phones, on the theory that they synchronize with the time on the cell tower and therefore are more likely to be correct than anything we have here, and we counted down that way.

There followed a parade. 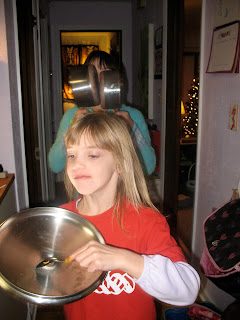 And then it was time to fold up our tents and call it a decade.

Happy New Year, folks. May your roads rise up to greet you. 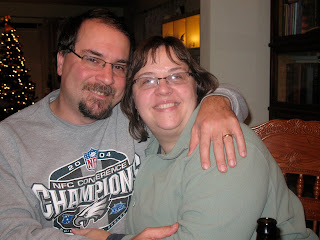 May the winds be always at your back...

By the way, "Mille Borne" is French for a thousand miles/km/(fill in your distance measurement) I wouldn't worry about not following rules. The French like that. The only reason they don't like Lance Armstrong is that they are sure he's cheating and they wish they found the prohibited, undectable drug, first. They admire clever cheating.