We took the long way home from Chattanooga.

We went down in a rush, with Christmas Eve looming over us as a deadline, but the way home had no such pressing engagements to worry about. In fact, we decided to take not two days for the trip but three.

So on the Monday after Christmas we piled everything back into the car - a neat trick, since the volume of gifts received slightly exceeded the volume of gifts given in terms of airspace consumed and stuffing one more wafer-thin bag into the Mr. Creosote of our car was a rather life-threatening task - and headed north to Nashville, where my cousin Paula lives with her husband Randall and their little girl, Annelise.

Paula lives in a subdivision that was clearly built by someone with a Crocodile Dundee obsession, as all of the street names were imported directly from Down Under, along with what were no doubt copious quantities of Foster's. Try to imagine a cross between an Australian and Southern accent sometime - go ahead, try it. Now you know why the war on drugs can never be won.

But it is a nice area, full of neatly kept houses. We arrived in the midafternoon, and quickly set about making ourselves at home. 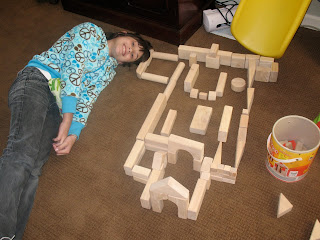 And I was made Grand Vizier of Creation. 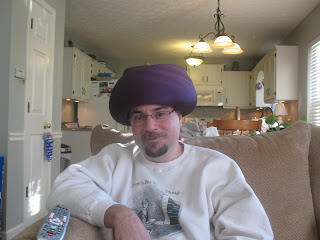 Believe me when I say that things will be different from now on. Not necessarily better. But certainly different.

Almost everyone (I stayed behind, since among other things that meant they could all fit into Paula's car) piled on over to Clyde's Slides for some bouncing around. Clyde apparently had the brilliant idea of taking an aircraft-hangar sized building and filling it with all of the inflatable slides and bouncies that you normally have to wait for the County Fair to play on, and keeping it open all year long. I hope he is a very rich man right now, because that was just pure brilliance on a stick. 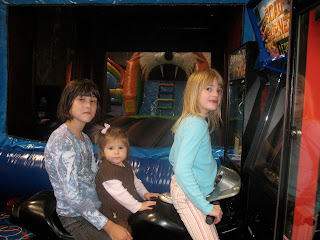 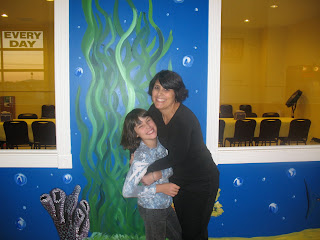 The next morning we (well, "me" - as noted, stuffing things into cars is my job) piled everything back into the car once again and headed off for Springfield, Illinois.

Because that's where the Abraham Lincoln Presidential Museum is, that's why.

Abraham Lincoln was - with the possible exception of George Washington - the single greatest President we have ever had in this country. He was also far and away the must humane. Washington was not someone contemporaries ever felt comfortable around; Lincoln was. And nobody has ever come near him for sheer simple eloquence. Read his Second Inaugural Address sometime, or the Gettysburg Address (both of which combined take less than ten minutes to speak out loud) if you really want to understand what it means to be an American and what it meant to be alive during the tragedy - not accident, not catastrophe, not disaster: tragedy - of the Civil War.

So Kim and I were both immensely pleased that the girls wanted to go to this museum, and we were willing to go several hours out of our way to make that happen. You have to encourage this when it comes up, really.

Plus, we got to stay at a hotel and hotels, as both Tabitha and Lauren know very well, have pools. There is nothing better than a hotel pool, as far as they are concerned.

We checked out early the next morning and headed off to see the Lincoln House, which is right there in the middle of town. We got there just as it opened, so there was no line, and the tour guide took us and a few others through. 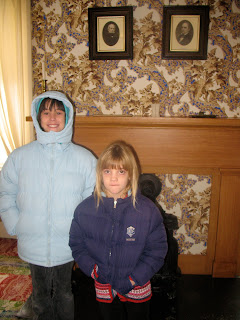 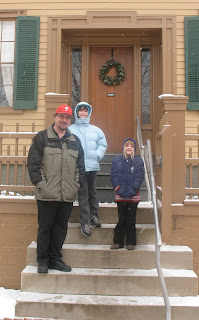 We got to see the REAL Lincoln bedroom.

They've even preserved most of the neighborhood, so you can come out and look up and down the street and see pretty much what Lincoln saw as he left his home. I read a lot of history and I tell a lot of it in my classes, but there is nothing like being there.

After a brief but gloriously acquisitive trip through the gift shop at the National Park Service visitor center for the Lincoln House we set off on foot for the Lincoln Museum, several blocks away.

If you've never been there, well, you should go.

You go in and there is a nice plaza with a model of the Lincoln family that you can take your picture next to. 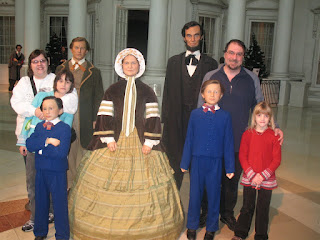 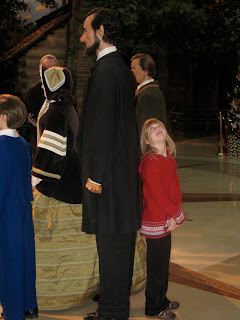 They don't like you taking pictures through the rest of the place, but the exhibits are all first-rate and very clever in how they get their points across - they make good use of lighting, temperature and geography in order to create moods, and they have an astonishing array of Lincoln memorabilia on display. They have his hat. They have the gloves he had in his pocket the night he was assassinated. They also have on display the one example of a joke he wrote down in his own hand.

Lauren loved the fact that it was a fart joke.

There were also movies, one of which featured storms and battles with physical effects tied to motors underneath your seat, and the other of which had holograms and ghosts. Tabitha was especially intrigued by these.

There was another gloriously acquisitive trip through their gift shop, and then we headed home. Once again it was snowing, but we made it home safely.

Merry Christmas to all, and to all a good night.
Posted by David at 10:37 PM

I was at a conference in Ann Arbor once and went to the Henry Ford Museum in Dearborn. They have the chair Lincoln was sitting in when he was assassinated. Complete with blood. A bit gruesome, actually.