They come in little boxes about the size of an American juice box, and the Dutch sprinkle them on buttered bread.  They actually taste like chocolate, as opposed to the vaguely brown flavor that most American jimmies have.  They are just the most amazing things in the world of tiny candies.

We discovered this over the weekend, when our friends Chris and Sjoerd came to visit and brought us some.

Back in high school I briefly found myself on the fringes of a social group composed mainly of people from neighboring high schools rather than my own.  In general that group was an interesting and largely failed experiment from my point of view and I wasn’t all that sorry to head off in other directions after a while, but there were a couple of people in that group that I genuinely liked and missed once I left.

One of those was Chris.

About fifteen years later, through the magic of email, we managed to get back in touch with each other.  By then we were both a long way from who we were when we’d met, both figuratively and literally – she was living in Amsterdam, having moved to Europe almost immediately upon graduating college and lived in any number of places there, while I had headed the other direction and landed in Wisconsin.  It was really nice to catch up with her, and this time we stayed in contact.

This past weekend Chris and Sjoerd were visiting friends not too far away from us, by midwestern standards, so on Saturday they drove up to Our Little Town for a visit.

What do you say to a friend you haven’t actually seen in thirty years?

Pretty much anything, it turns out.  Chris and I settled in as if we’d never missed a beat.  Sjoerd turned out to be a great guy (which is not surprising, really), and we had a lovely time showing them such wonders of Wisconsin as can be accessed here – notably the local gardens and the river, since they are nature lovers and bird watchers (and serious enough about that to haul a camera lens the size of a bazooka across the Atlantic – teh Envy, I haz it), but also the soft-serve ice cream place because otherwise Lauren would have exploded. 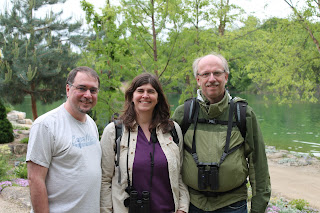 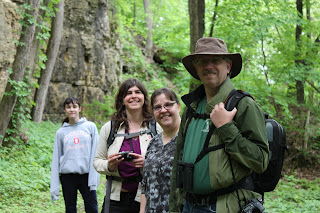 I hope they come back soon.

*Here in the midwest they call those tiny little tube-shaped candies that you throw on ice cream “sprinkles.”  As an undergraduate I had a roommate from Boston who insisted on calling them “shots.”  However, I grew up in Philadelphia and I can tell you that both of those terms are incorrect.  They’re jimmies.
Posted by David at 7:44 PM

And even further evidence that these are high-quality friends: they happily joined us on the big sofa to take in an episode of Doctor Who, even though it was a repeat for them since they are all caught up. What a nice way to spend a long weekend!