A Night at the Orchestra

Most kids today have never seen The Lone Ranger.

This means that when the 8th-grade orchestra starts playing The William Tell Overture, only the parents think it’s funny.  The kids, as the conductor said, just think it sounds like a horse galloping.

Tonight was the Mighty Clever Guy Middle School annual spring orchestra concert, and everyone who was anyone was there.  Were you there?  So sorry, then.  You missed a fun night.

The 6th-graders went first.  Tabitha marched onstage with the rest of her companions and after what may or may not have been an introductory speech from their orchestra teacher – a sincere and good-hearted person utterly incapable of any form of meaningful communication, though by all accounts a good teacher in spite of that – they launched into four pieces from around the world.

They did a very nice job, too. 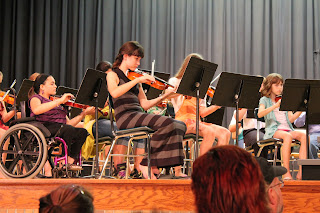 Afterward we sat for the 7th- and 8th-grade portions of the show, because if you’re going to sit in a hot auditorium for a concert you might as well see it all.  Besides, they were willing so we should be too.

This is not to say that the trip to the soft ice cream stand afterward was entirely unwelcome, though. 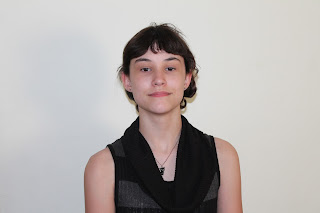