Well, the fair has come to an end.  The tents are put away.  The projects have been picked up and returned home.  The various small animals that Lauren had scattered about the fairgrounds are back in their respective places.  All of the work that has been postponed is now insisting on its time.  It was a long and busy week, and we have learned a few things.

1. Deep fried mac-n-cheez is a thing.  Really, it exists.  Lauren insists that it was good.  We are willing to accept her word on this.

2. If you submit a baked good to the fair with the knowledge that yes, indeed, it will be left out on a display table for the entire week, in July, in Wisconsin, and fried bacon is a significant part of the decorations on your baked good, be prepared to be known as the person who brought “the maggot cake” to the fair.

3. It is entirely possible to walk around the fair enough times to offset the moderately lethal things you are eating and come out weighing the same as you did before the fair.  Expect your feet to hurt.  But it is possible.

4. Sometimes the parking gods smile upon thee, and sometimes they do not.

5. Once you have achieved a certain threshold number of projects, you start to consider the fair to be yours.

6. Apparently you can max out on the midway rides.  Tabitha graciously declined to participate in the final Wristband Day on Sunday, declaring, “I think I’ve gone on all the rides I want to go on this year.”  We were agog.

7. If you leave stuff there, odds are it will still be there the next morning if you’re quick about it.  Don’t push it, though.

8. Every project has its own subculture.  The things you have learned in one do not necessarily translate across to others.

9. It’s never too late to win a prize.  Lauren submitted two photos to the Poultry Photo Contest, being run on the side in the Poultry barn.  In the Beginner Class she was awarded a 2nd: 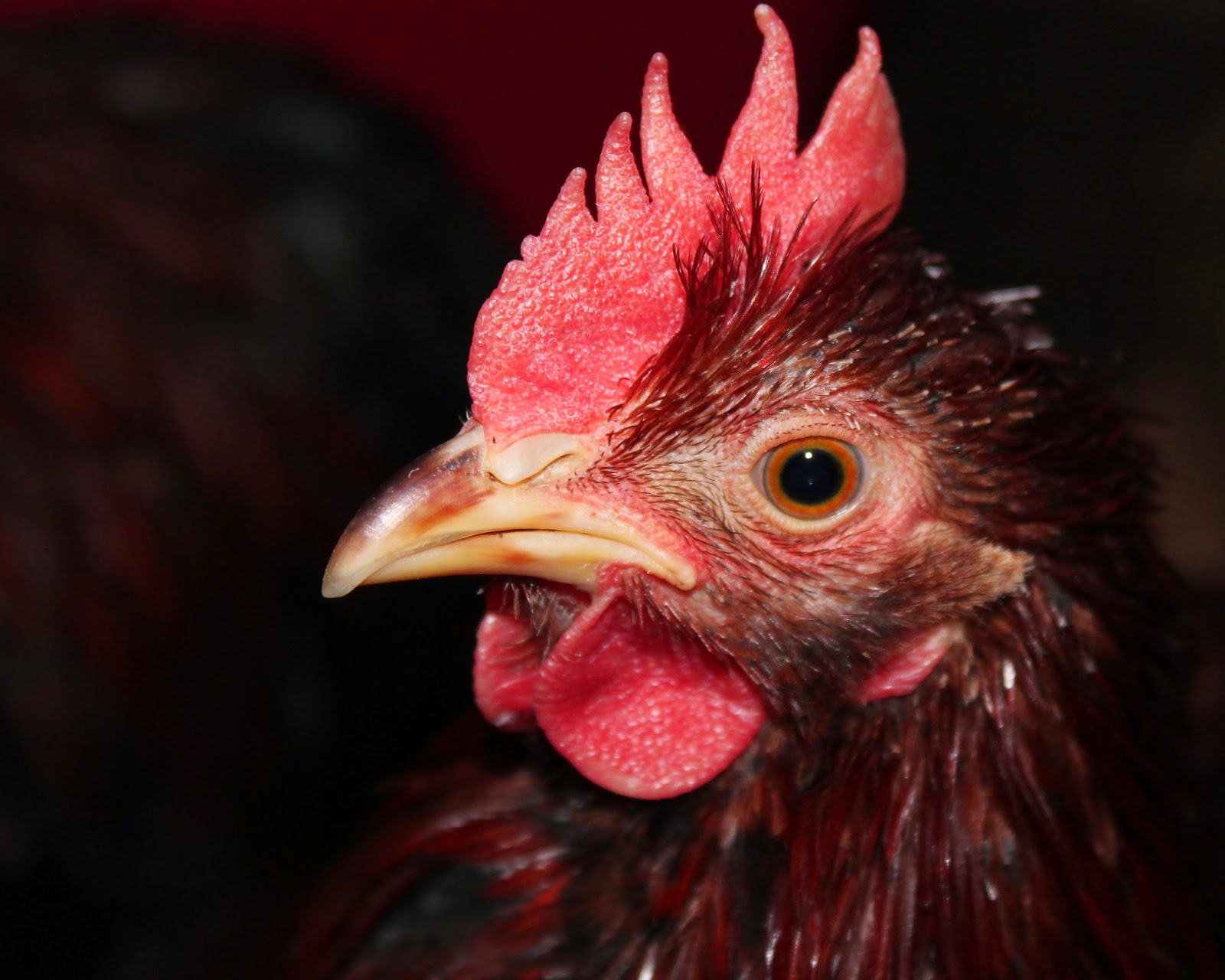 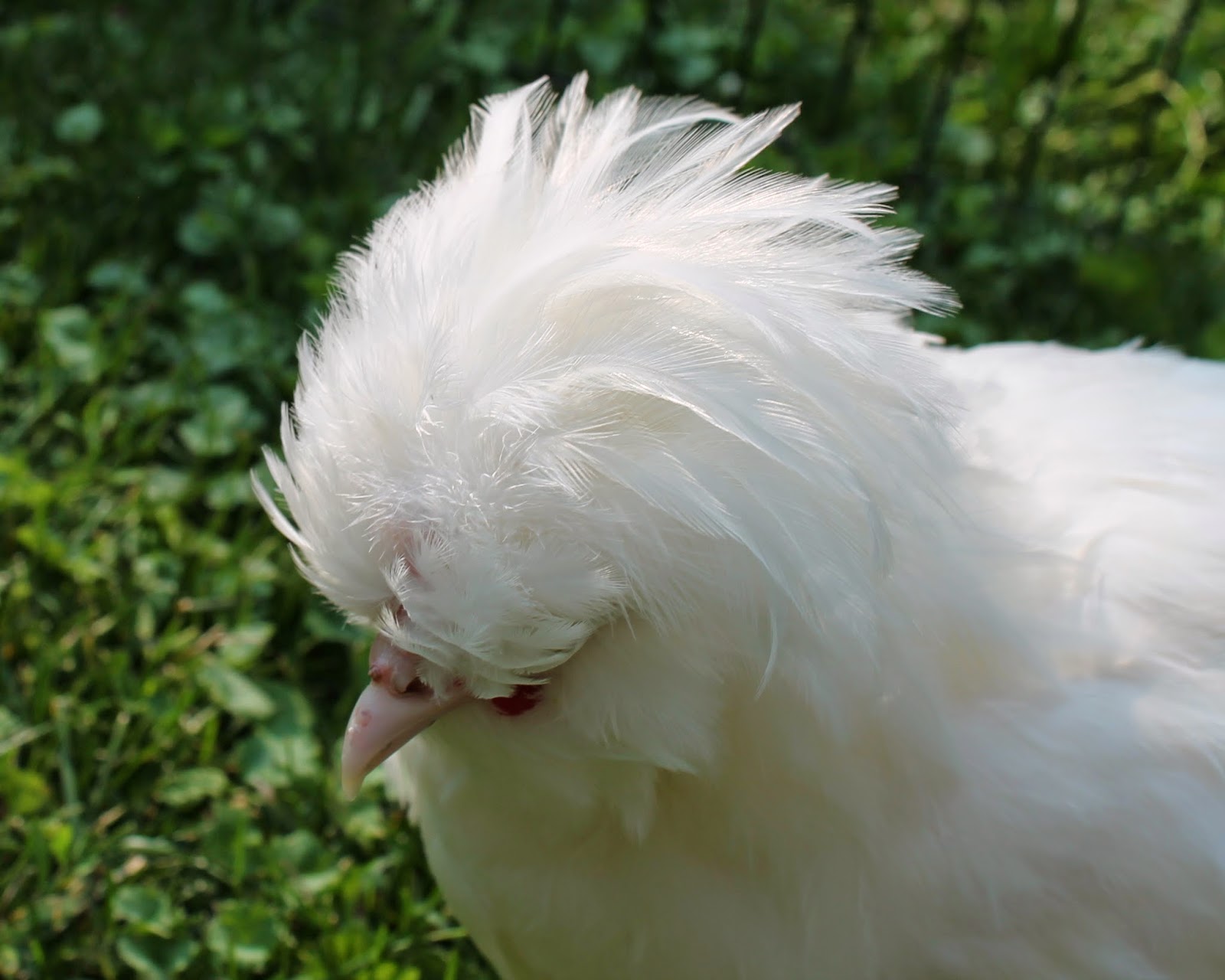 For this she won a bright red plastic watering can, which is its own reward.

10. When you are strolling idly through the fair just letting your brain churn over, you’d be surprised at the weird things it chooses to recall.  There I was, walking through the vendors, when suddenly I remembered a college friend I have not thought about since 1991 or so.  Part of me thinks I should track them down and see what they’re up to, but most of me thinks that twenty-three years of forgetfulness is probably a sign.

Among the foods that will make an appearance at this year's MN State Fair include Beer Gelato, Deep-Fried Breakfast On-a-Stick, PB&J French Toast, and Prime Rib Taco.

I ended up eating a lot of tacos at our fair because they were a) not deep fried, b) made fresh, and c) tasty. The guy apparently owns a restaurant in the town south of us and it was all real food, not Deep Fried Critter Onna Stick.

Our fair is a bit tamer on the Deep Fried Weirdities than the various state fairs, I think.

We also learned that you can ride on the death-defying plummet six times before the operator will cut you off. Apparently, one runs the risk of blacking out on this particular "amusement" after six consecutive rides.

Thanks for the lovely reporting. We went to the Iowa State Fair once and I always wondered about the culture of the exhibitors and the families, especially the 4H kids.

I'm sure I'd be all over mac 'n cheez on a stick. Also corn dogs. And hot dogs always taste better outside.

The exhibitors are a world unto themselves. Several, in fact. :)

And yes, hot dogs always taste better outside. They taste best when there is some kind of athletic contest going on too, such as a baseball game.

So how much haovc did the fair wreak on your "eat less crap" resolution? :D

Our fair season is in August. And then there is the Big E.

I had no deep-fried anything, no french fries, and very little of what I traditionally consider "crap." Most of the dinners I ate there were from the taco truck, which - while not health food per se - was at least fresh, with corn tortillas, lean meat, and a decent amount of vegetable matter.

I actually lost weight over that week. :)

The Big E is a 6-State State Fair to end all State Fairs.