My first apartment after I graduated college was a room in a big house just off campus.  I shared the house with a rotating cast of friends, some of whom were officially on the lease and some of whom just kind of lived there.  It was a fun place to spend a year figuring out what to do with the rest of my life.

The house was part of a twin, built sometime in the early 1870s when that part of West Philadelphia was still considered the suburbs.  I know this because when I got to graduate school the following year I had to read an article on the development of Philadelphia neighborhoods for one of my classes.  The article featured a couple of plat maps of my old neighborhood.  The house wasn’t there on the 1871 map – there was nothing there, really – but it was on the 1874 map.

We had the right half, and only the top two floors at that.  I’m not sure who lived in the downstairs apartment originally, though by the time this photo was taken in our last summer there Jack and Laura had gotten married and moved from our floors into the ground floor.  That’s Jack there, on the right. 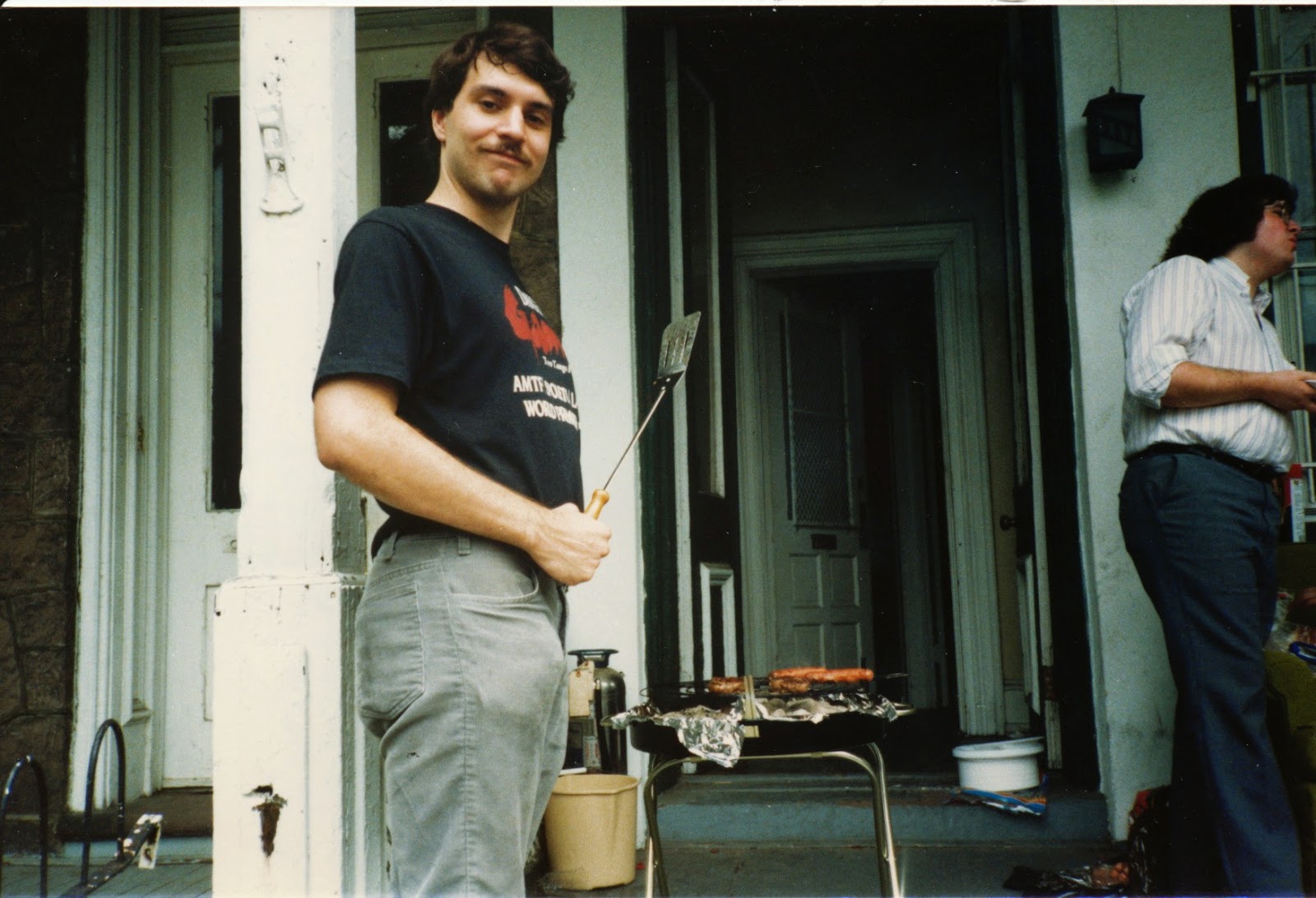 It’s the Fourth of July in this picture, and we’re having a cookout on the porch because what else would you do on a century-old wooden porch besides put a charcoal grill on it?  All of the housemates are there except for a sublettor or two, as well as more than a few others who stopped by for the festivities.  I’m not entirely sure how I ended up as the grillmaster given my general lack of skills in that department, but there I am.  The t-shirt commemorates the Screaming Psychotic Nightmare Show From Hell that I wrote about a while back.  Other than a few stories it’s the only good thing I got from that show.

When I posted this on Facebook Jack commented that we looked like a right pair of West Philly badasses.

Because that’s what we were. 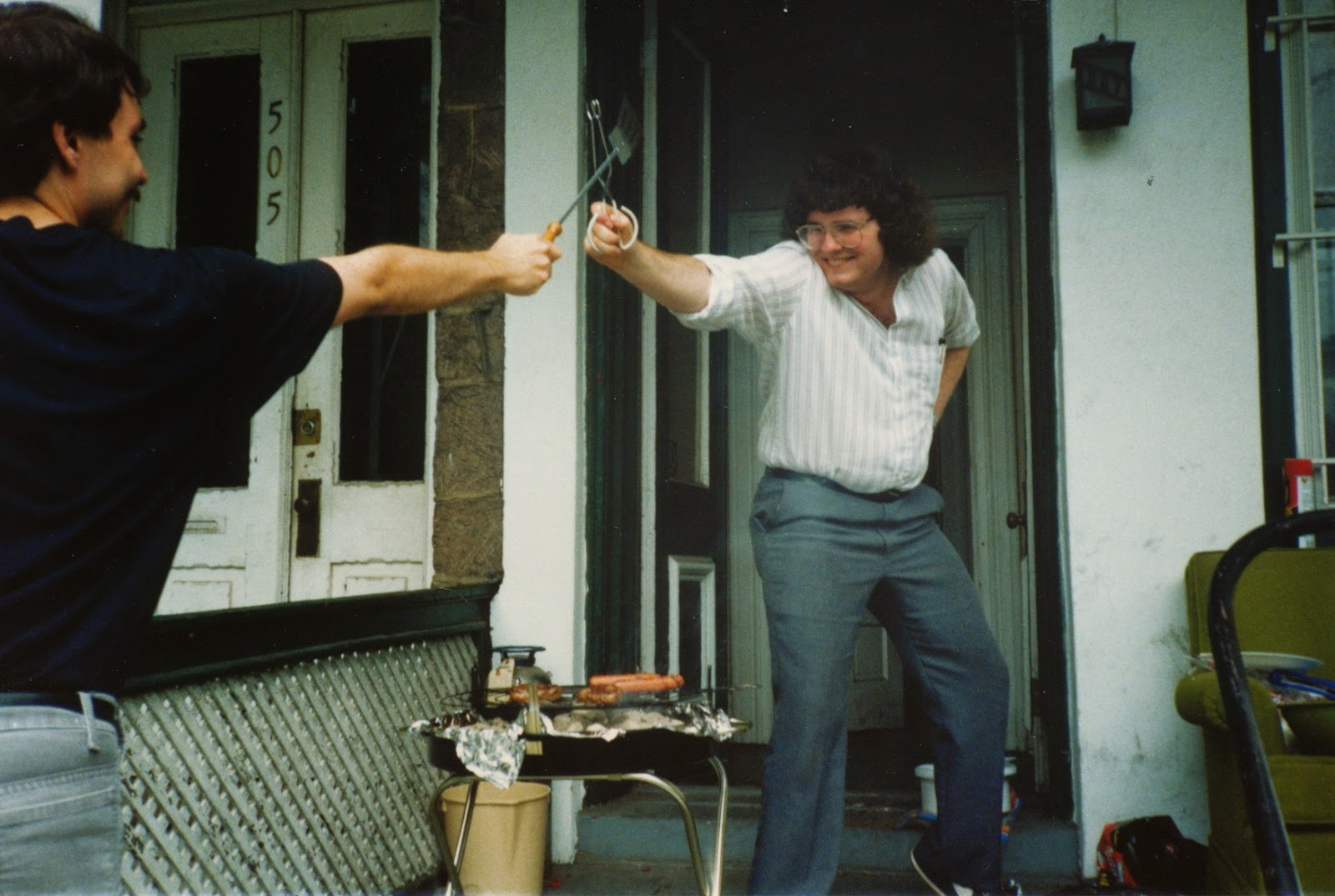 Cooking out on the Fourth of July is one of the grand traditions in American life.  For all that divides us, for all the ways in which we make each other crazy, there is the sizzle of the grill and the pleasant aroma of smoke permeating the air to bind us together and make us feel good about the day.

I like to think that the Founding Fathers would have approved.
Posted by David at 6:11 PM