Happy Christmas From the Family

We’ve all moved up a generation now.

When I was younger, Christmas was a fairly small event.  We’d make the trek over to my grandparents’ house – a five mile trip through the suburbs of Philadelphia from as far back as my memory goes, anyway – sometime shortly after what was normally lunchtime on Christmas Eve except that we all knew that dinner was early that day so mostly we’d spent the first part of the day noshing on whatever came to hand and saving up for the big meal, most of which was seafood which I did not eat.  But we’d gather and celebrate: my grandparents, their two children (my mom and my uncle), and their respective spouses and children.

On those occasions when my other grandmother joined us, there were an even dozen of us.

For a long time that was about the size of us.  For a while in the 90s the incoming spouses were nearly matched by the outgoing grandparents – we grew, but slowly – and we all managed to keep the holiday gathering together in some manageable way.

And then there were still more weddings and my generation started having children who grew into people who couldn’t be fed ahead of time on your lap, and the whole thing started to get unwieldy for the space we had.  One year we had tables stretching into several different rooms.  Another year we just had a buffet.  It was still a grand time, but it got progressively more cramped.

These days my uncle’s side of the family tends to get together down in Tennessee, while my mom’s side still meets up in the Philadelphia suburbs.  It’s quieter than it used to be and we miss having the Tennessee contingent around (among other things, all the littlest kids are on that side of the family and Christmas is a holiday that benefits from such), but we have a wonderful time anyway.  We gather and celebrate: my parents, their two children (my brother and me), and our respective spouses and children.

And when Keith’s in-laws join us, there are an even dozen of us.

This year was our “back east” year, so Kim and the girls and I set out on the 21st for parts east.  We managed to drive through what was, more or less, a solid sheet of water falling from the sky between South Bend and Cleveland (required accessory on our next vehicle: periscopes) where we met up with a friend and hung out at the hotel pool.  The one saving grace of the day’s drive was that all that rain was not snow.  It was seriously, ridiculously warm out.

The next day it got into the 70s, which is completely absurd for Christmas in Philadelphia but made the drive realistic.  Eventually it would get cold enough to make us cut our visit short by a day in order to avoid icy wintry gack in the mountains on the drive home, but it was comfy while it lasted.  It’s a good thing the climate isn’t shifting or anything, because otherwise?  I’d be worried.

Before we could do Christmas, there was the small matter of a few birthdays.  My birthday and Tabitha’s birthday are both fairly close to Christmas and since we were there my parents decided that the traditional Birthday Ravioli Feast was in order for both of us. 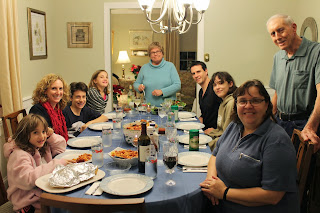 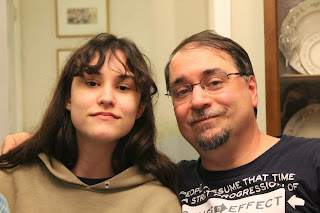 And then it was Christmas Eve, the big holiday for us.  By that morning the gifts had been piled under the tree, tempting the various cousins with their shiny, shiny wonderfulness.  For a while I thought Lauren would just explode into a fiery ball of gift lust, but she held out through another traditional dinner (an odd number of kinds of seafood on Christmas Eve, something we Italians do for reasons that have never been made very clear to me).  We thought of waiting until after dessert to open presents, but that seemed capricious. 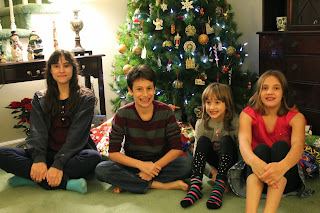 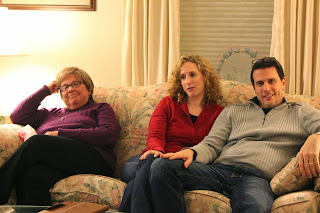 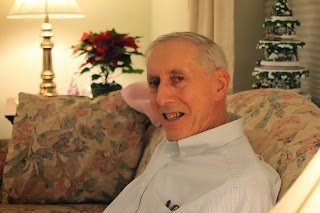 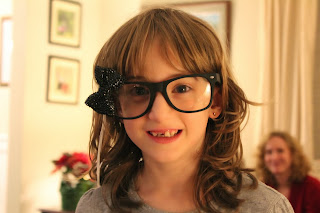 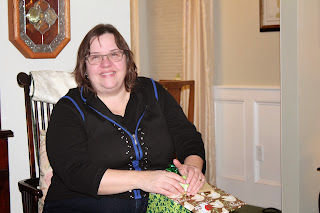 There was a definite theme to Christmas this year.  Twelve months ago none of us were Doctor Who fans.  Most of us, indeed, had never even seen the show.  This year?  Addicts.  Complete and total addicts.  As addictions go it's not so bad, really.

It certainly made gift selection just that much easier for all concerned.  It's odd how things converge sometimes - one year when I was a kid everyone in the family got everyone else mugs for Christmas.  This year?  Doctor Who. 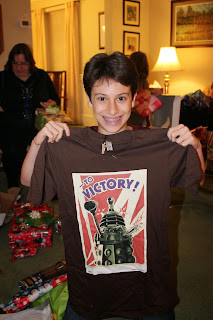 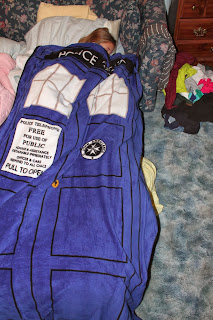 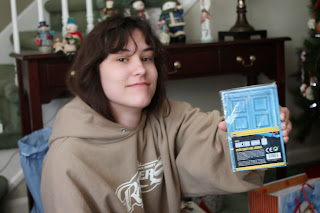 The next day we did it again, only this time with the full dozen of us.  This meant that the kids were exiled to the family room for their dinner, but on the plus side it did mean that they could eat by the light of the BBC America Doctor Who marathon.  Of course we had the Doctor Who marathon on the whole time we were back east.  Don't be silly. 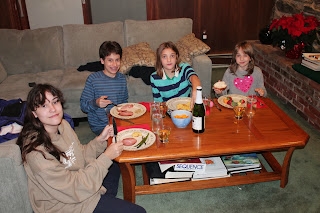 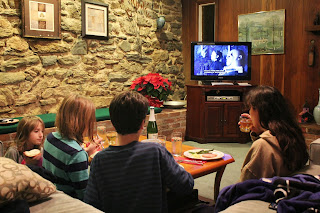 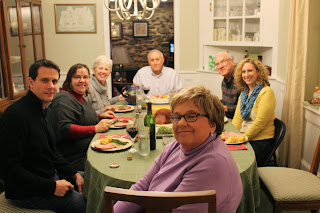 And yes, we watched the Christmas regeneration episode.  Is there a part of “addicts” that wasn’t clear a couple of paragraphs ago?  The universal verdict was that it was an incoherent mess of an episode, but still better than 97% of what else is out there.

Food, family, cool stuff and fun things to do – it genuinely does not get better than that.  Whatever Christmas may mean to others, for me it all comes down to spending time with those I love, talking and eating and generally remembering why life, for all of its troubles, can indeed be a grand thing.

Merry Christmas, one and all.
Posted by David at 5:03 PM