Wait, Didn't You Have One of These Last Year?

So today I became the parent of a fourteen-year-old.

I am no more sure of how this happened now than I was last year at this time, or indeed any of the previous years where I have made pretty much this exact observation every time.  What can I say?  It always surprises me.  The basic physical and biological facts remain the same – not much has changed that way over the millennia, no matter how much every generation feels it invents that stuff anew – but the general sense of how I got from Point A (defined variously as “a single man,” “a married man with no children,” and/or “the parent of a toddler”) to Point B (defined as “having a child nearly old enough to drive in this state”) remains something of a mystery to me.

You would think, as a professional historian, I would be better at keeping track of such things – or at least learning from the past, since this seems to happen every year – but you’d be wrong.

One of the side-effects of having a birthday during Christmas break is that scheduling a birthday party is always a bit of a chore – especially when that birthday falls on a holiday as well.  Friends are out of town.  Other plans have been made.  Things like that.  New Year’s Eve is a good night to stay home anyway, really.  It’s Amateur Night out there on the highways, the bottom fell out of the thermometer a few days ago and hasn't been seen since, and it will be a fine evening to batten down the hatches and turn inward.  There will be a small family sort of thing at home tonight, with another more friend-inclusive event sometime later, when there is time for it.

So tonight will be quiet.  There will be a dinner of Tabitha’s choosing.  She loves to bake, so she will make her own cake (a much less ambitious project than the buche de noel from last year, which was marvelous but took all day).  We will hang out, perhaps play a few games, and watch the New Year festivities on television when the time comes.  We’ll watch the ball drop in New York, just down the road from the cousins we saw last week.  In fact, we’ll probably watch it twice – once live, and then once more when it’s actually midnight here in Wisconsin an hour later.  We’re a bit behind the times here.

There will be cards and, depending on delivery schedules, perhaps presents as well.  We might even sing, depending on how excruciatingly embarrassing that turns out to be.

It is a strange thing to watch your children grow up, to see them mature into interesting and capable people.  But that’s how it is supposed to work, really.  That’s what parenting is all about, getting your children to the point where they can go out into the world in all its messy and sharp-edged glory.  It means that things are going well.

And so they are. 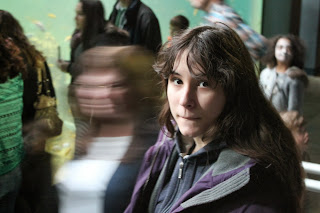