Christmas has come to an end, more or less.

Oh, we still have our lights up outside.  They’ll probably stay there until springtime or whenever the snow melts, whichever comes first. Every night at dusk they come on and make the place just that much more cheerful because it’s too cold to go out and turn off the timer.  When we get a run of temperatures with real square roots perhaps I’ll look into that as well.  But for now we are still festively lit.

It’s the family gatherings that have now run their course.

We bundled everyone up into the car and headed north, through what was – for this winter – a mild and comfortable day.  And when we got there we discovered that I had forgotten to pack a couple of gifts.  There was an interlude of crisis.  Fortunately all of the gifts meant for children arrived, and everything else got worked around.  We are a problem-solving bunch when you get right down to it.  Hoo-Rah!

First, we ate.  And then, well, we ate some more, because once you’re on a roll with something like that you really should continue until you’re able to roll your way home without benefit of automotive technology.  Let it be said we did our best.

Eventually we rolled over to the living room and had the kids open their presents, which was a festive time. 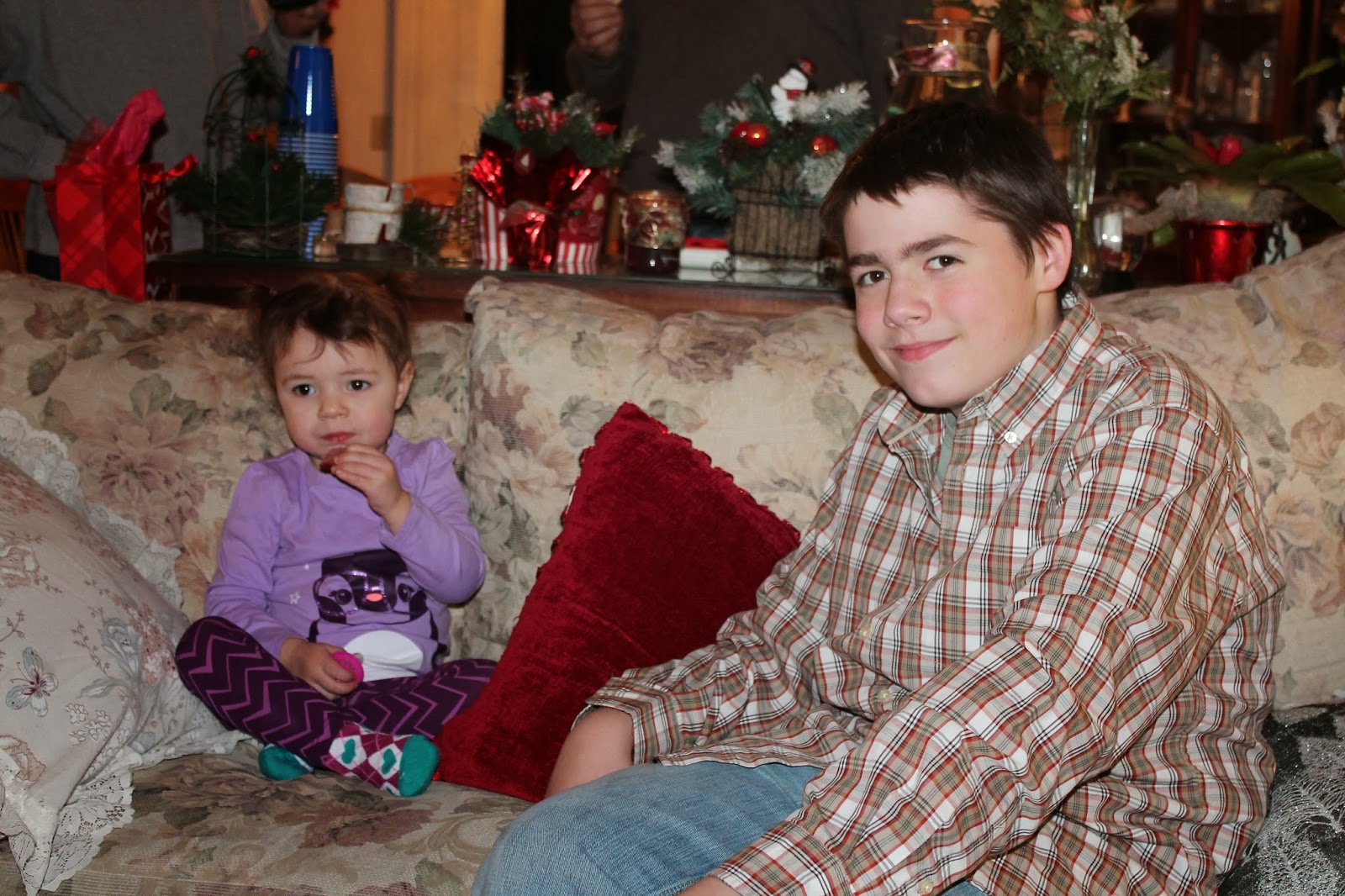 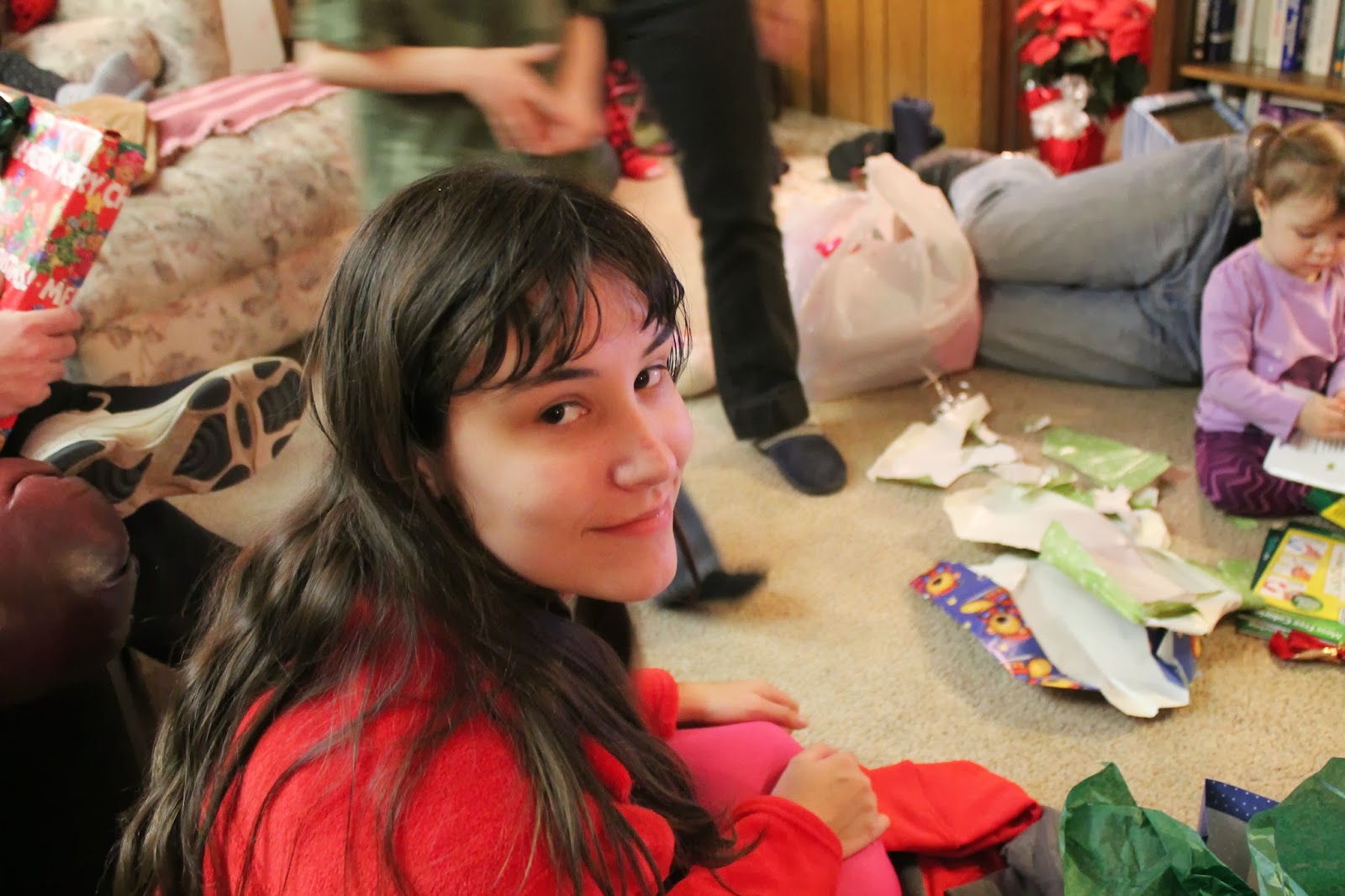 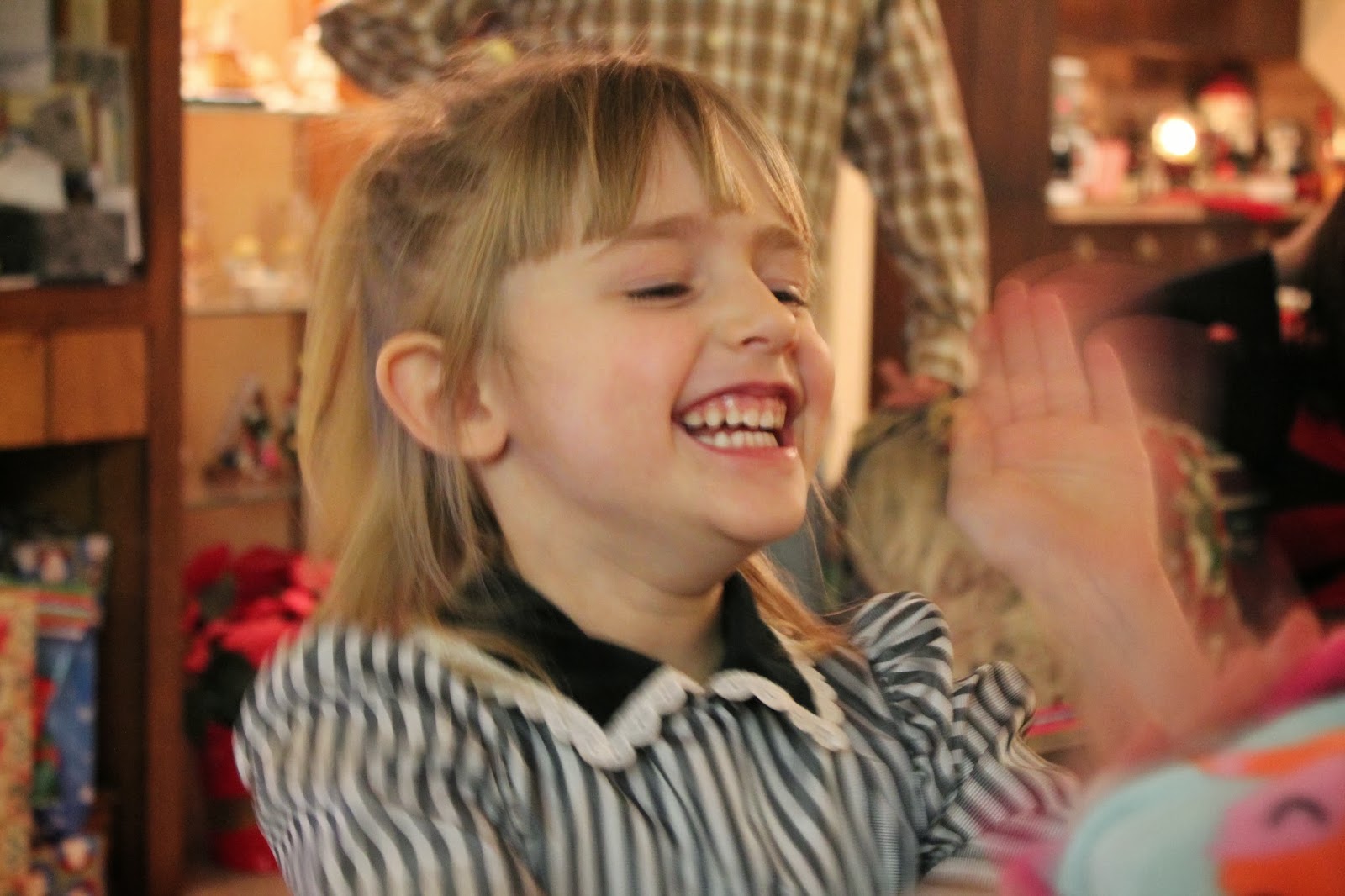 And then we rolled back into the dining room for the adult game.  We’ve all pretty much reached the point where we have most of what we want and will just go buy whatever it is we still haven’t got, so every year we each bring one inexpensive nice thing and one even more inexpensive goofy thing and roll dice for them.

There follows a rather cutthroat period of forced trades, after which we have what we have. 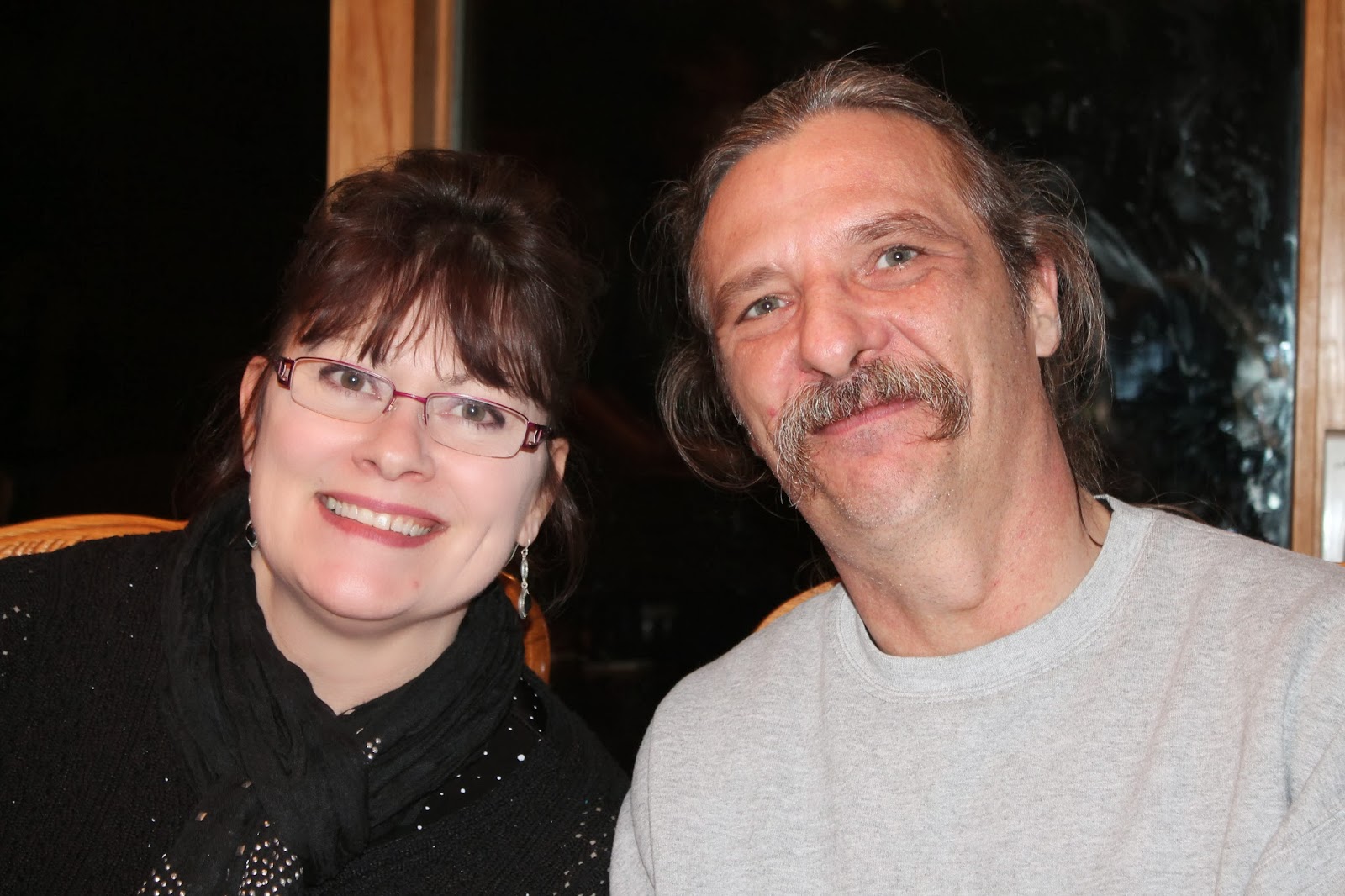 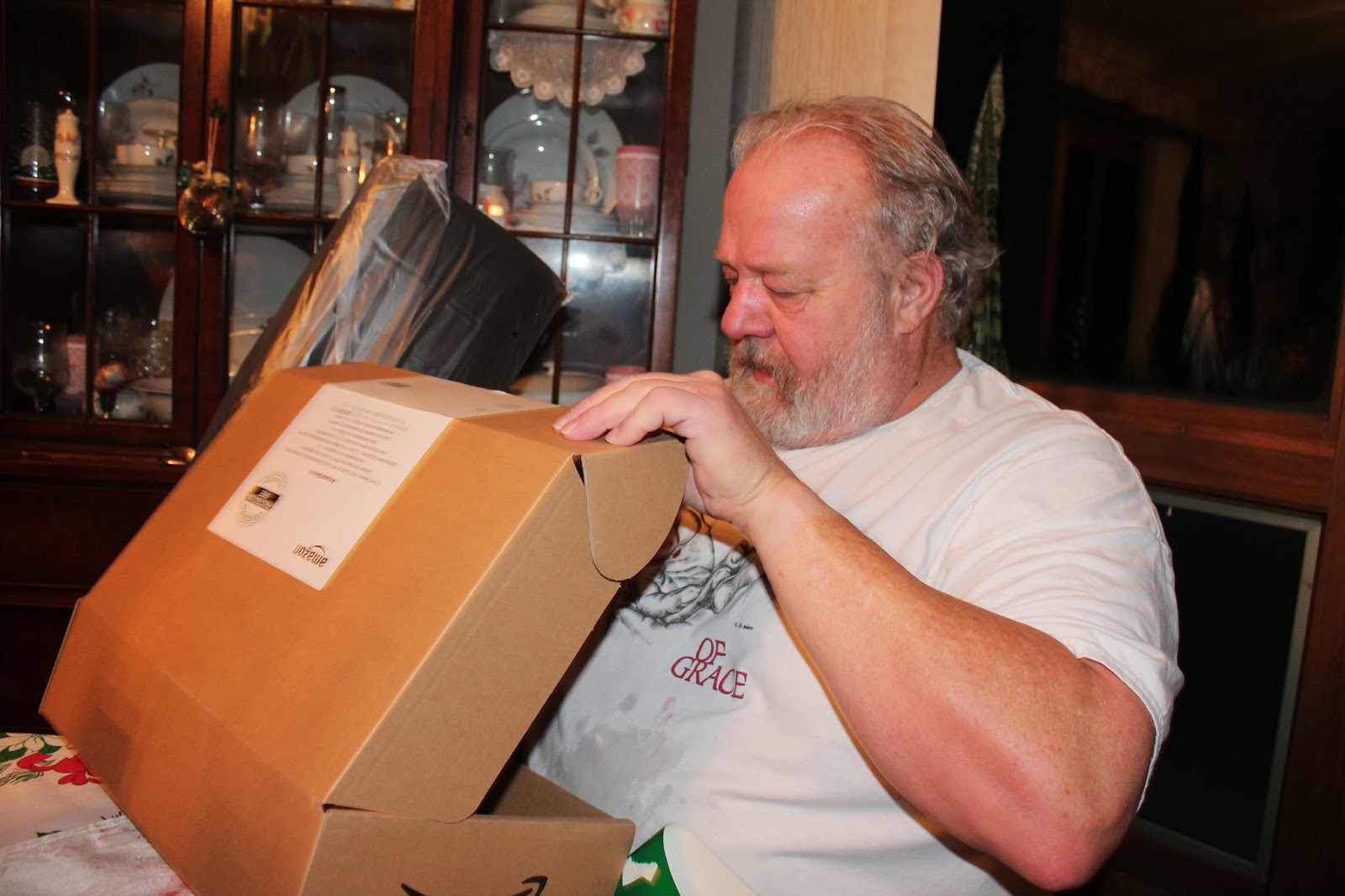 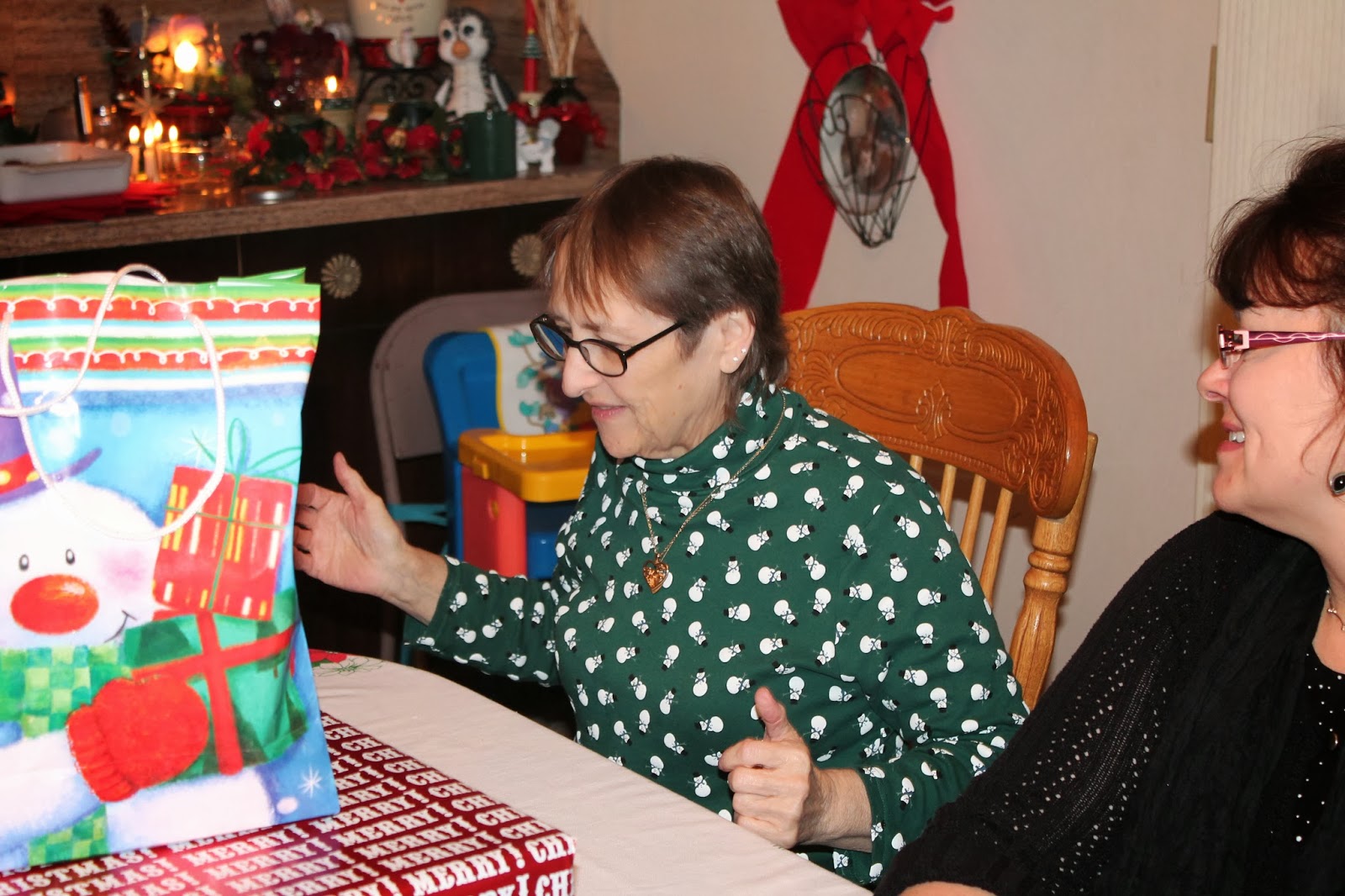 I actually ended up with a couple of nice things that my daughters were more than happy to take off my hands.  They disappeared within minutes of the last roll of the dice and other than packing them to bring home I haven’t laid hands on them since.  I am a good dad.  Mostly.

We beat the cold snap back home, and now we’re settled in and waiting.

Merry Christmas to all, once again.
Posted by David at 7:15 PM