The Power of Ten 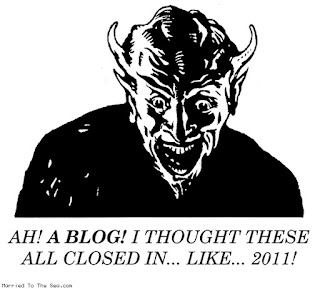 It’s been a decade now.  That seems significant.  Human beings like big round numbers.

I started this blog exactly ten years ago today, before 2011 you’ll note, and have continued long afterward even as relatively long-form social media like blogs have faded from prominence.  We live in a world where photo captions and 140-character proclamations count as significant communication, and to post things that have actual paragraphs in them is a minor subversive act these days.  It’s the second blog I’ve written.  The first one ran from 1999 to 2004, and you can still find it out there if you know where to look.  The girls have grown up with me writing this.  I’ve written it for nearly a fifth of my own life, in fact.  Much has changed over that time.

I have no idea how many words I’ve shoveled out into the internet over the last decade – a great many of them, I suspect.  Far too many perhaps.  I’ve used this as a place to tell stories, to record events, to argue politics, to note passings and arrivals, and generally to have my say about whatever was on my mind at the time.

And it is my say.  The first thing you learn about blogging is that a blog is always about the author.  It’s not about other people and it shouldn’t be about other people.  Other people have private lives that don’t need to be featured on your blog.  I tell stories that involve others, but it’s always my take on things – those are the stories I have a right to tell, so those are the ones I tell.

I don’t tell all of them, of course.  This is a billboard, not a diary.  I don’t lie here, beyond slight exaggerations for storytelling effect and obvious hyperbole, but neither do I feel obligated to bring up things that I don’t wish to bring up.  You get a truthful picture of me here, but not a complete one.  I’m fine with that.

When I started writing this I didn’t really have a plan for it.  I had no idea how long I would be at it or what it would turn into.  I like telling stories, so I did.  I like to think I’ve gotten better at it through practice, though perhaps that’s a judgment I should leave for others.

Thank you to those who have been reading alongside me.  And here’s to the next decade, or however long it is.
Posted by David at 7:20 AM

You are one of the few who still keeps at it with regularity - which is nothing but admirable in my book. Here’s to at least 10 more of you keeping at it!

It's been an entertaining ride so far, I raise my glass in tribute to you, and wish you many more.

(Especially the history stuff, at which you excel, and in which I revel. ) Time to Dance!