The Story of a Monday, Part 3: Minivanity

You would think that with two graduations in one day there would be little else to achieve on a Monday, but then you’d be wrong.

When Tabitha was born we quickly discovered that there is a reason why parents do not own two-door cars in this day and age.  Oh, sure, back in the day you could just toss your kid through the window and into the back seat and let her roll around while you drove to the liquor store at highway speeds through neighborhood streets (extra points for cornering on two wheels!), but the only approved method of endangering your children in the US these days is with high powered firearms (‘MURCA!”) of which I own exactly zero and plan to keep it that way.  If you want to transport a small child by car in today’s world you need carseats rugged enough to protect overripe cantaloupes from oncoming trains, and if you think you can swing one of those into the back seat of a two-door car more than a handful of times without twisting your spine into a rotini noodle, well, think again.

So we traded in Kim’s little red sports car for a green Saturn wagon.

It was a great car.  Sturdy, reliable, and roomy enough to transport an entire soap show booth (including the 2x4s and the big patio umbrella we used instead of a tent), it had great acceleration and a radio that could pick up stations on other continents.  We took that thing all over the midwest, northeast, and upper south, and to every part of Wisconsin.  We even took it into Canada one year, shortly after all the paranoia about terrorists sneaking in from Ontario to spread poutine across our menus reached its peak.  The border guard took one look at our green station wagon filled with Disney movies, popcorn, beverages, crumbs, blankets, and toys, and just waved us through.

Clearly we were no threat to anyone but ourselves.

But the thing about children is that they grow.  Tabitha is now pretty much as tall as I am, and Lauren has officially surpassed both grandmothers.  It gets harder and harder to stuff them into the back seats on long trips, especially since I am the only person in this household who can leave home for more than six hours without bringing the entire contents of the house with me “in case we need it.”

Kim once attempted to bring 25 feet of garden hose with us on a cross-country camping trip, for example.  That’s a story for another time, though.

This is how I ended up rattling around in the way back of the wagon on a trip home from Madison one night this spring.  That sort of thing was fun back in the 1970s (vide supra) but wears thin pretty quickly at my age.

Plus, the car was 14 years old, had 165,000 miles on it, had hit the “minor but costly repair every quarter” stage of its existence, and was made by a company that no longer existed, which called into question the continued availability of spare parts.  This was not a good set of circumstances, particularly when combined with the growing children issues raised above.

Clearly something needed to change. 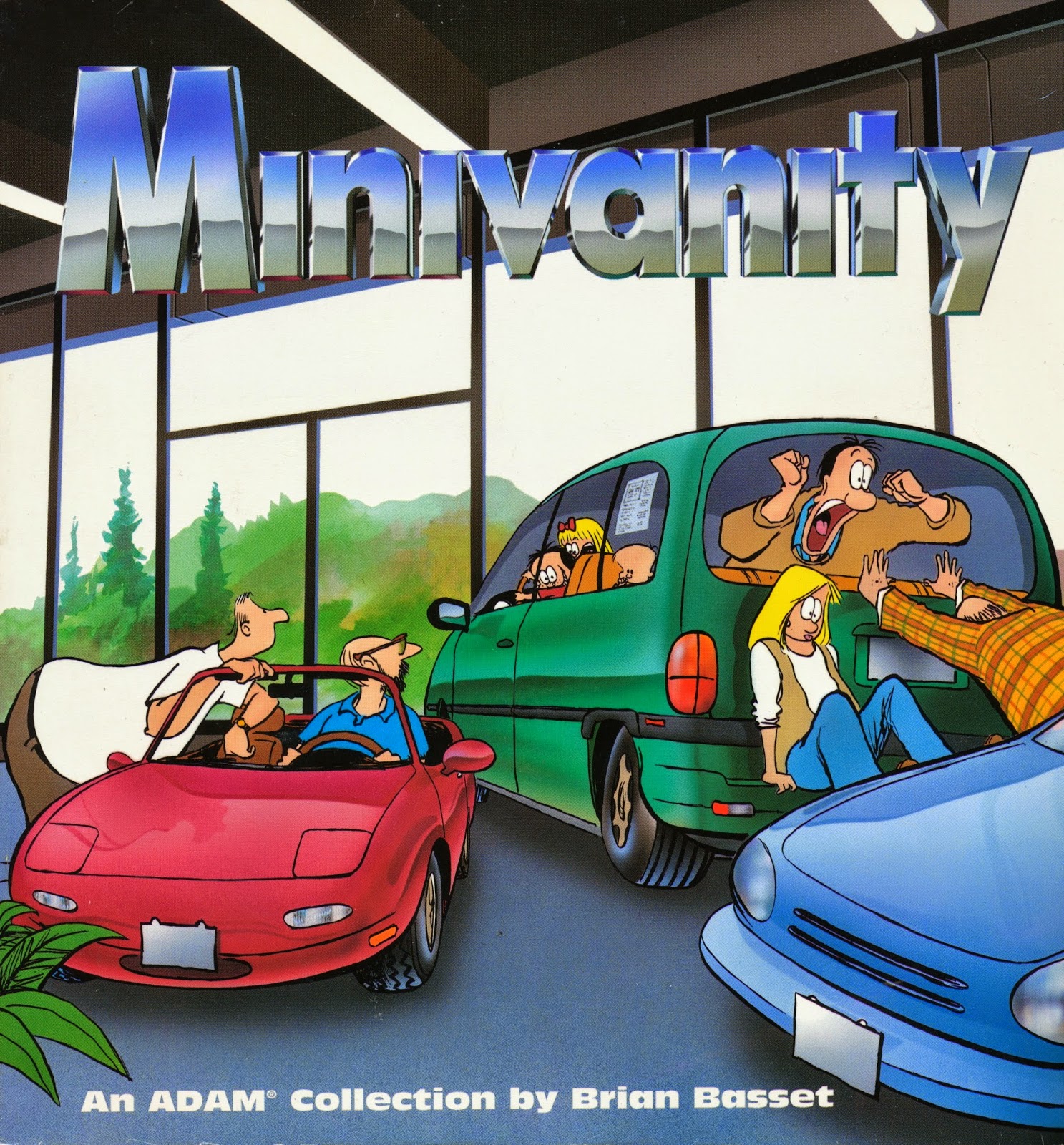 Fortunately, I’ve never been all that worried about minivans.  They’re useful vehicles, and I was never cool even when I was young and cared.  So we spent much of the latter part of May looking into the purchase of one.

In practice, this meant Kim scouring the internet for reviews and specs.  She likes to go into things prepared, which is good since my automotive knowledge could be stuffed into a thimble with room left over for a Teabagger’s conscience and a donut.  Eventually we settled on two different minivans, and went out for test drives.

Both of them were fine vehicles, really.  They’ve vastly improved them from back in the 1980s, the last time I drove one regularly – Penn used to have a van service for picking up students stranded in West Philadelphia, and it used Ford Aerostars for the first couple of years when I was driving.  They were underpowered, oversized barges but they got the job done.

Now?  Stomp on the accelerator of either of those vans and they’ll pin you to the back of your seat.  They have safety features undreamed of back in the day, and room for an entire dinner party.  Plus dessert.

So we settled on a Honda Odyssey and began the paperwork process, some of which has already been described in this space.  It took a fair amount of legwork, but eventually everything was set.  All we had to do was fill out the forms and hand over the check.

Lauren and I got back to the house on Monday and everyone just hung out for a bit, absorbing the events of the day, before we all headed over to the dealership.

They were very nice there, and walked us through the process of trading a significant portion of our future income for a midnight blue minivan.  It has more features on it than I will ever figure out, including a radio that has to be programmed by engineers and multiple cameras designed to tell you what’s behind you or to the right.  Every time you start the van, though, a little screen comes up to let you know that you should pay attention to the road too and not trust the cameras to do that work for you.  That’s kind of reassuring, in a way.  It took the better part of three hours, but we drove it off the showroom floor.

We sold the wagon to a friend of ours, which was sad but had to be done.

So far the minivan has been a success, which is good because we're going to have this thing for the next decade and a half or so if past practice is any guide.  The only difficulty has been what to name it.  Lauren wants to call it Dory, because it is blue.  This makes more sense than her first suggestion, which was Frenchie for some reason.  I’m holding out for Homer, because I am a nerd that way.  We shall see.

It was quite a Monday, really.