Scenes From Our Summer: Margate

This is called “Author’s Prerogative.”

I realize that exercising Author’s Prerogative does not necessarily mean that anyone will actually read what I write, and that’s fine.  It has always been my belief that authors have to justify taking readers’ time rather than readers having to prove themselves to authors, a belief that got me into a lot of trouble in graduate school.  But the joy of a blog is that sometimes you get to be self-indulgent.

And if I can be self-indulgent in a way that is passably entertaining, well, then perhaps everyone wins.

We weren’t going to go down to the shore this year.

With two trips to the east already planned for other events and with much of New Jersey still recovering from last year’s freakish weather and rental housing therefore in short supply, we figured that this would be a salt-water-free year.  We filled our calendar with other things – equally fun things, to be clear – and moved on.

There was much sadness about this, however, particularly from the girls.  For midwesterners, they have developed quite a love of the ocean.

Fortunately for us, there is family.

My brother’s in-laws, Rolane and Steve, have a house in Margate, right near Atlantic City.  And while we were in Philadelphia getting ready for my parents’ anniversary party, they invited us down.

On the one hand, this was incredibly nice of them, especially since – for long and complicated reasons – only Steve could actually be there.

On the other hand, well, we hadn’t really prepared for such a thing when we were packing, which meant that none of us had swimsuits.  And Margate is just not that sort of beach.

I’ll pause here and let those mental images swim safely by, as it were.

But this is ‘MERCA!  Land of the free and the home of the reasonably priced!  You’d be surprised at how many problems actually can be solved by throwing money at them, and how many others can be solved by kind people willing to lend you things.

Suited up, we headed toward the ocean.

Margate’s main claim to fame is Lucy, a two-story-high elephant who has clearly had just a bit more caffeine than is good for a pachyderm.  You can actually go inside and climb around if you want, though we were largely content to walk by and stare in awe. 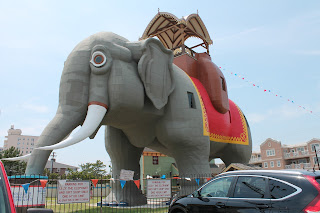 We spent a thoroughly happy day down by the ocean.  The girls splashed in the water and made sand castles.  We went for walks and found all sorts of shells.  You don’t realize just how much you miss the salt air until it hits you again, though admittedly when it starts hitting you at a steady twenty knots it becomes clear that it is time to go home. 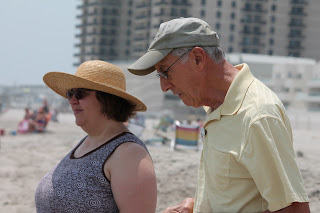 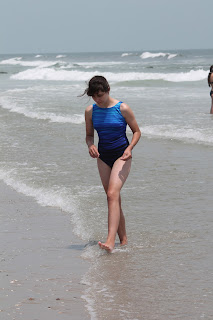 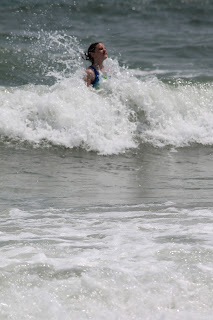 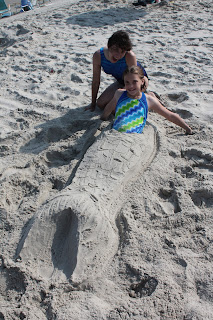 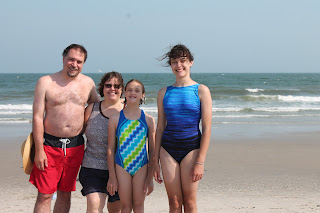 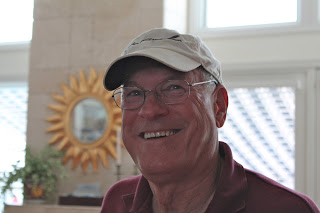 Tabitha is getting awfully tall and attractive. May I recommend Trazadone for your upcoming anxiety disorder?

Margate! (I totally recognize where you were on the beach from the big building behind.

Sounds like you had a lovely time. Maybe some year we could meet there...

Janiece - I'm thinking of sticking to whiskey sours, myself. No need for a prescription.

Concerning Tabitha, I agree with Janiece. Tall and attractive. As tall as Dad? How is your shotgun?

I've never been to Margate, but my best friend spent a year there in high school while her father was performing at Bally's in Atlantic City (he's a ventriloquist and was part of a comedy revue). I'd always been curious about the place.

And tritto on Tabitha. I'm assuming you'll be buying whiskey by the case?

Bea, she's standing a little forward in the group shot so she looks a bit taller than she is, but I'd say she's about 5'7" now. Seriously tall for my side of the family, really.

Carol Elaine - Whiskey and Drambuie, yes indeed. ;) We usually end up further south (Cape May or Ocean City these days) but Margate is a very nice beach.