So what did you do last Sunday?  We had a party.

My parents’ fiftieth anniversary was actually back in May, but there was a family wedding in upstate New York right around then and you can only have one big family event per month.  I think that’s a law somewhere.  Plus, moving the anniversary party back a month gave us more time to get things planned and let the school year come to a graceful end before we headed off.

And as I’ve said before, we have a Moveable Feast Tradition in my family – holidays happen when you have time for them to happen.  The bottom line is that people matter more than calendars, so you schedule accordingly.

We don’t do surprise parties in my family, a fact that has made me incredibly grateful for decades now.  This made the planning much easier, since a) neither Keith nor I have lived in the Philadelphia area for decades, so my parents could choose the restaurant they wanted, and b) we could run things by each other without fear of giving anything away.  It’s a celebration.  It’s supposed to be fun.

And it was a celebration.  My parents are the sorts of people you want to know and hang out with.  They’ve been together since 1957.  They are worth celebrating.

Our venue of choice was the Lamb Tavern, a lovely little restaurant that started its life as an inn sometime in the 1720s.  It had all of the thick stone walls and rabbit-warren rooms that you would expect in such a place, but the upstairs had two good-sized rooms and its own bathroom (presumably added later) so once we got where we were going we could just stay there.

The party was a group effort in the best sense of that phrase.  My parents chose the restaurant.  Keith and I did most of the nuts and bolts planning (well, Keith did rather more of it since he was closer to the action and better at that sort of thing anyway), including the menu, the keyboardist, and a slide show of photographs that stretched from the early 1950s to last year.  We got the slide show made into a book with a few extra pages at the back so it could be the guest book too.  Susan, a family friend and professional musician, volunteered to sing.  Keith’s in-laws, Rolane and Steve, took care of the cake (which was astonishingly lovely).   And Kim basically took over the decorating of the room itself, largely by putting the grandchildren to work for most of the few days preceding the party.

Let me tell you, the grandchildren decorated up a storm.  They took giant glass beads and hand painted daisies on one side and “K+D” on the other.  They punched paper daisies out of construction paper with a surprisingly sturdy paper punch, and strew them about the tables.  Lauren made paper cutout hearts and another K+D to tape to the wall.  Plus we put up framed photos and vases of daisies as well – my parents’ wedding china has daisies circling the edge, so that became a theme.  We also got the restaurant to serve my parents’ meals on that china, which they loved.  Even the manager thought that was a nice touch.

And then it was time to enjoy it all. 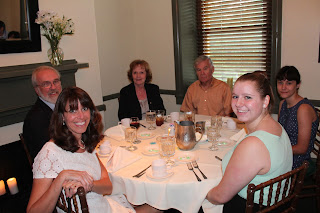 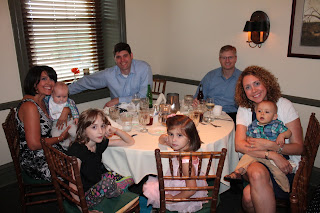 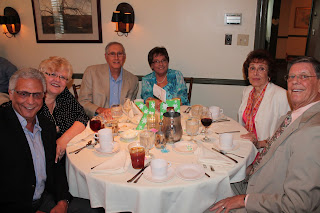 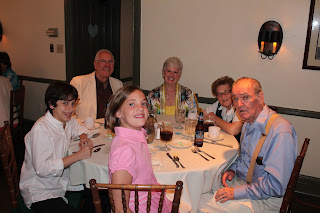 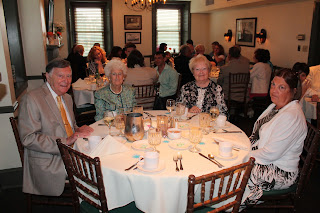 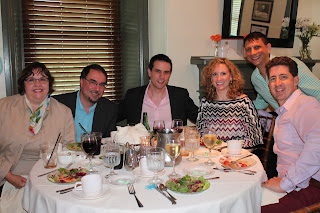 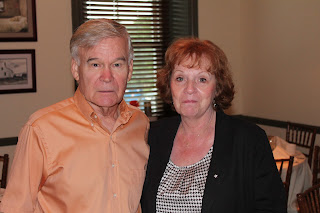 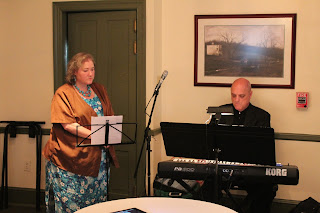 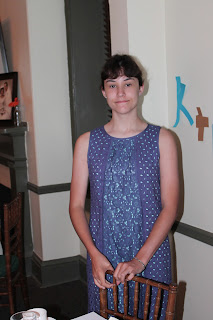 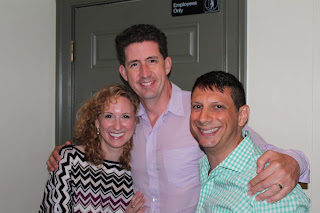 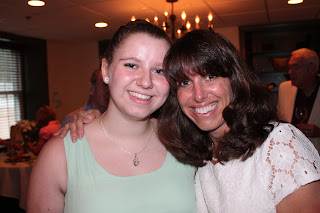 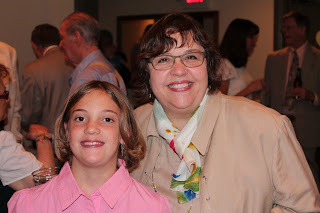 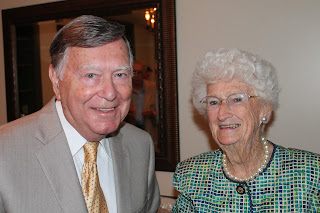 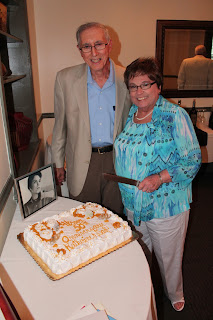 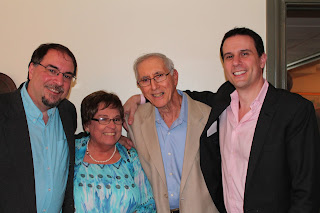 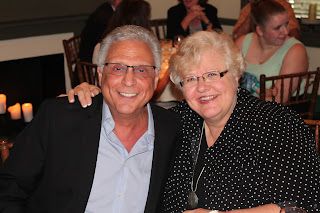 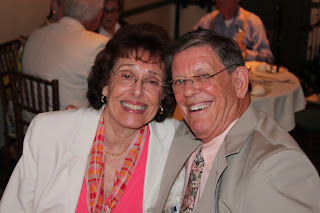 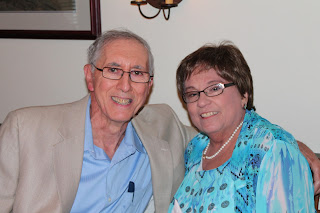 Your parents look great.
Mine celebrated fifty years, too.
My mother and Ken in 2009 and dad and Laura last January.
If you don't get it right the first time, try, try again!