It’s been a busy week.

1. If you go to a Girl Scout softball game during tournament week, there is a pretty good chance you will be asked to umpire. I spent two games out in the field, calling base runners safe or out. This year none of the parents got snippy with me, which is an improvement over last year.

3. When the phone rings at 4:45am you can be fairly confident you are not going to like what the person on the other end is going to say. Lauren had been so looking forward to going on a hot air balloon ride at the end of her Ballooning 101 class, but hot air balloons do not fly in thunderstorms and that is that.

4. On the other hand, the popsicle-stick bridge she made in her Break-It class took 65lbs before it snapped. She could have walked across it with weight to spare. 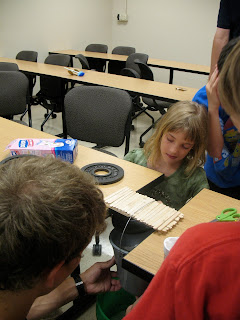 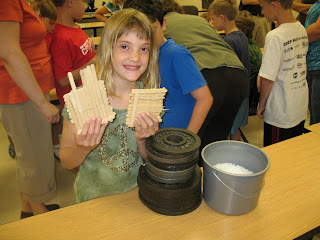 5. Tabitha’s NXT Lego catapult was somewhat less successful but provided a significant amount of fun anyway, and so was deemed just fine. 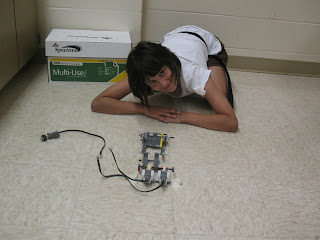 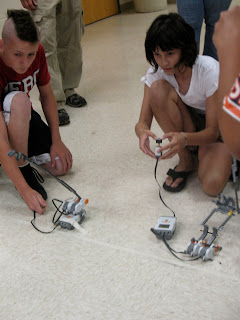 6. Students love it when you can work Bugs Bunny into a lecture somehow, at least those students old enough to remember Bugs Bunny. Those students get fewer and fewer each year.

7. We spent most of this week hiding in various air-conditioned spaces, since much of the time it was actually cooler inside my body than it was outside of it.

8. I do not like hot weather. You can always add clothing, but there is a limit to how much you are allowed to take off here in the United States. And even if you cross that limit, it's still too hot.

9. Trying to get promoted in academia requires the creation of documents that are far longer than you initially think they will be. Being able to send them in .pdf format rather than printing them off first only encourages this.


Also we have free health care. Come and check it out.

Don't think I haven't thought of seeking at least temporary asylum in Real Canada, given the Epidemic Of Teh Crazy that has engulfed the US in the last few years. I may take you up on your offer yet. :)