1. Today was the second of the two 4H Cat Shows that we signed poor Mithra up for this spring, and she took it about as well as she did the first one. She survived Friday night’s bath. I managed to wedge her into her carrier for the ride over this morning. And unlike many of the felines in attendance, she didn’t howl, scratch or hiss at anyone. So a win all around. Tabitha got a “Red Group” ribbon for her performance, and everyone was happy to come home. 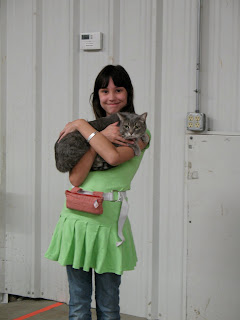 2. No, I did not watch the Royal Wedding. The American Revolution was fought in part so that I would not have to care about such things, and I for one am grateful for that. I do wish the newlyweds well, as I would for any such couple – especially since they will be under such intrusive scrutiny from vultures and well-wishers alike – but I haven’t watched my own wedding video in the fifteen years since it was filmed, and I wasn’t about to watch someone else’s live.

3. This did not prevent Kim from recording it on the DVR, nor has it stopped her and the girls from watching it even as I type.

4. Tabitha’s orchestra concert went off without a hitch on Thursday night – that being the main event of the day as far as I was concerned. I managed to slide into my seat in the NBPE gym a full 14 minutes before it started, and I got to see her entire portion of the show before I had to rush off to teach my evening class – including a solo performance of Yankee Doodle. The NBPE strings are an enthusiastic bunch, and they filled the gym with joyful noise. 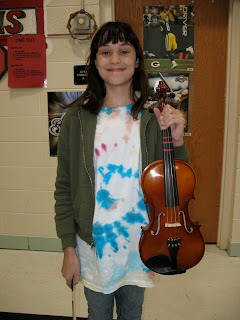 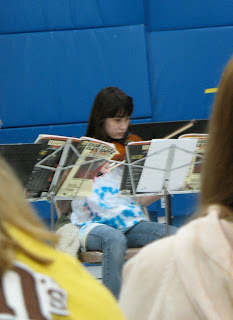 5. For some reason I have had The New Ashmolean Marching Society and Student Conservatory Band running through my head for days now.

6. The NBPE Art Show that night was its usual assortment of marvelous work and crushing crowds, and it’s nice that people show up to support their children’s efforts. Tabitha didn’t have much on display, as she has been devoting most of her former art time to the orchestra, but I did get to see her tile for the 5th-grade installation that will remain behind when she leaves. Oddly enough, it featured a wolf and not a cat. Lauren had quite a few nice things to see. She was particularly proud of her dream-like water scene. 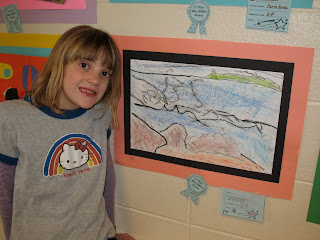 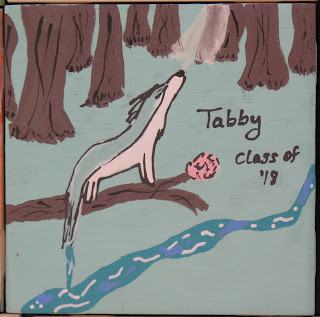 7, Now that it is almost May it looks like it might stop snowing here in Baja Canada. Now if we can only get the wind to stop knocking down trees, that would be nice. Fortunately we have been spared the really heavy weather that strafed the South this past week, and can thus complain with a bit of humor rather than shock or terror.  It's the little things that make you grateful.

8. One of the nice things about having a memory full of holes is that you can enjoy re-reading books that much more.

9. I have been letting a lot of political things slide by lately, largely for the sake of my own mental health. The problem is that every time I turn around the collection of right-wing lunatic-fringe extremists currently doing its best to destroy this country and everything it stands for provides me with fresh material. Eventually I’ll have to get back to writing about that – probably sometime after I have refreshed my whiskey supply and can stand to think about it again.

10. If I don’t get a haircut soon I will have to explore alternate lifestyles.
Posted by David at 3:56 PM

I've got that brain full of holes disease, too. What's it's name, Eisenhower's?