At Play in the Fields of the Corn

Saturday was Corn Maze day here in Our Little Town.

Every year one of the farms around here devises a maze in one of their corn fields. There’s a different theme for each maze, and they take aerial photos so you can appreciate the artistry of it. And you really do have to appreciate the artistry of it, in a “think about how much better the planet would be if people put this kind of effort into real issues instead of stuff like this” kind of way. But people don’t, so all that is left to do is enjoy the stuff they do put effort into. Like corn mazes.

And hot cider donuts, which can be had in the barn/gift-shop/snack-bar just a few steps away from the corn maze. Really, there is nothing better than fresh hot cider donuts on a brisk fall day, especially if they come with a nice tall glass of apple cider on the side.

Fall – the best season of the year.

It was a bright, brisk fall day when we went. We had gotten some kind of coupon for the mazes that we thought would get us in for half price but turned out to be a fundraiser for Not Bad Elementary. We paid regular price, and the school got half, which sounded okay by us.

And into the maze we went. 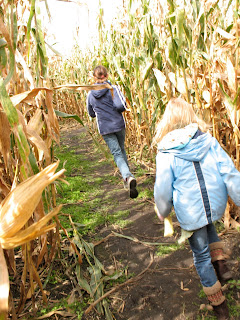 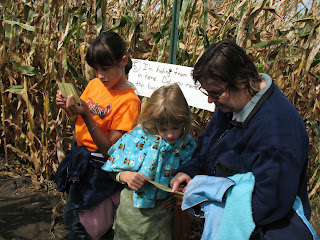 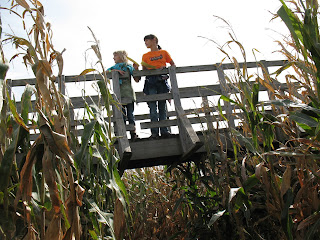 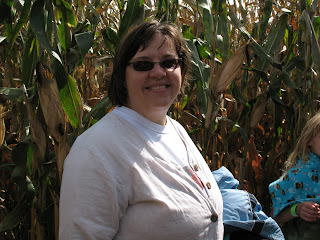 It's a lot warmer in those corn fields than out on the open, I'll tell you that. No wonder the children hide there.

If I ever have to save the world by navigating through fields of corn with only a ballpoint pen and a map, we’re in good shape.  We followed the maze - both mazes, actually, since this year there were two: the normal one and the "impossible" one that turned out to be fairly possible even so - around to all of the various stations, punching our map with the clicker that they have hanging there. At the end you turn the map in with all the punches and you get a chance to win a prize.

This may be more than we bargained for. 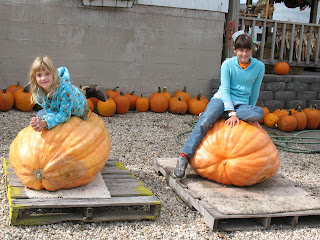 It's really hard to find good apple cider in the other Land of Many Cheeses... I'm jealous.