1. We have now entered into the homestretch of the school year, where everyone over at Local Businessman High School and Mighty Clever Guy Middle School is frantically trying to fit everything in before summer break.  Meanwhile Kim is up to her eyeballs in multiple projects and I’m trying to dig myself out of the hole I was in at the end of the semester.  We don’t see each other much these days, really.

2. Lauren’s band concert was the other night, and she did a very nice job.  She’s been playing percussion this year, and it was the first time I’d managed to get to see one of the concerts – they’ve always been on days where I was commuting to Mid-Range Campus and were over by the time I got home.  The theater was dark when we got there, but eventually someone told all of us parents to go in anyway.  We trundled in, sat down, and then the kids came in and belted out four songs in good order – Lauren actually got to introduce one of them – and then it was over.  It’s always amazing how much work goes into even a short performance. 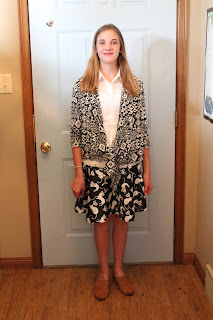 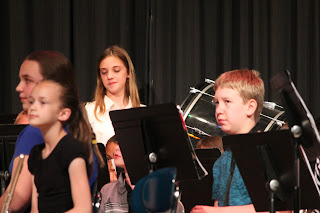 3. Midgie has figured out how to open the door to the pantry in the kitchen, where her treats are stored.  I had thought it was a poltergeist or something – every time I’d come into the kitchen the door would be open.  But no, it’s just the cat.  This may or may not be an improvement, as you can usually appease a poltergeist somehow but cats are just cats.  She’s still working on how to get the actual treats – mostly she just knocks things over and strews them about, but if she ever gets that whole “opposable thumbs” thing figured out, we’d best be careful.

4. People who wish to talk shit about others on Facebook really need to learn how Facebook works, since pretty much everything they do on Facebook is visible to the people on their friends list.  This is especially true when calling someone stupid because you have fallen for an internet hoax that you are too lazy to read all the way through to the end where the author explicitly acknowledges that it is in fact a hoax and ridicules you for being narrow-minded enough to fall for it.  It’s just so nice when you find something that confirms your ignorance and makes you feel superior to others, I suppose.  I spent some time pointing this out to the guy and his Teabagger friends in some detail, though I have since received conclusive proof that it did not shake their absolute faith in the truth of their ideological fantasies one iota.  I haven’t decided if it would be worth it to debunk everything he posts from now on until he gets sick of me.  Everyone needs a hobby, after all. 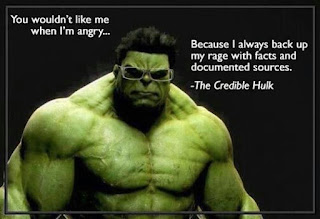 5.  On the other hand, arguing with modern right-wingers is kind of a waste of time.  When you confront them with evidence that goes against their precious worldview all they do is retreat further into their rigid ideological fantasy and double down on the batshit insanity.  I’ve had these arguments any number of times over the last few years and all I’ve ever gotten is older.  Maybe I should find a different hobby.  We’ll see.

6. Governor Teabagger may well get his wish to destroy the University of Wisconsin System – he’s certainly making good progress with this year’s budget.  It’s astonishing how wasteful the modern conservative movement is.  Here you have an institution that was built on 167 years of work and billions of dollars of investment from the citizens of this state, an institution that returns anywhere from 6 to 24 times that investment back into the economy (depending on which campus you look at) and is one of the most potent forces driving the state’s prosperity, but which is seen as a threat to total Teabagger domination and therefore must be crushed.  Profligate waste.

7. We’ve been trying to figure out vacation plans this summer.  Our summer is not cooperating.

8. I finally went out to get my new glasses prescription filled.  Apparently I waited too long, as the place where I had been getting my glasses for the last decade or so closed its doors in January and I had no idea.  Oh well.  I found a new place.  Lauren went with me, because she has appointed herself to be my style consultant.  I have no style, as she is quick to remind me.  She picked out a number of frames – all of which had frames all the way around the lenses, which is not something I’ve had in years – and I got to choose from within that group.  I pick them up sometime next week, if all goes well.  We’ll see who notices.
Posted by David at 10:28 AM

I love the "Credible Hulk" image!

With the Right Wingers, you are running into this documented effect:

RESULTS: None of the interventions increased parental intent to vaccinate a future child. Refuting claims of an MMR/autism link successfully reduced misperceptions that vaccines cause autism but nonetheless decreased intent to vaccinate among parents who had the least favorable vaccine attitudes. In addition, images of sick children increased expressed belief in a vaccine/autism link and a dramatic narrative about an infant in danger increased self-reported belief in serious vaccine side effects.

What's funny about that is that anti-vaxxer attitudes used to be the sole property of the lunatic left, but have now been appropriated by the lunatic right because clearly the right doesn't have enough batshit insanity of its own. If it were only those idiots who suffered I'd say leave it to Darwin and let the problem take care of itself, but the fact that they pose an imminent threat to others makes them dangerous, irresponsible, and immoral, and they need to be treated that way.

Did you see that Spain has diagnosed its first case of diphtheria in nearly thirty years thanks to the anti-vaxxer fools? I hope the parents of that six-year-old are proud of themselves. I also hope that they are forcibly infected with everything they have refused to have their child vaccinated against, dropped in an isolated location, and given a beach ball to play with.

There is nothing you can do with willful ignorance except marginalize it. But when the willfully ignorant become a majority, when they control an entire political party, when they have their own media outlets, and when they live in such isolated, epistemically closed bubbles that the idea of reality never actually occurs them in the first place, things get ugly fast.