Katie lived in my dorm.

We weren’t close, but we knew each other to say hello and hang out together now and then down in the lobby, the way that often happens in dorms.  She was someone nice who I would see from time to time, and that was enough.

Katie took a photography class during my senior year.  This was back in the pre-digital era, when photography meant film and darkrooms and smelling like vinegar for two or three days after you printed your own shots.  It was an intensive process.  Part of the class was that she had to put together a photographic essay of some kind.  She remembered the Death robe that I usually wore on Halloween, and asked if I would be willing to be her subject.

Between her schedule and mine we didn’t get our act together until well into the spring.  The stage directions were pretty simple – she wanted me to walk down 40th Street, change into my robe, and continue walking down 40th Street until we got to the cemetery, after which more directions would follow.  Those turned out to be pretty straightforward as well, as I recall.

Nobody on the street even looked twice.  It was West Philadelphia in the 80s – I wasn’t the weirdest thing they’d seen on the streets that afternoon, not by a long shot.  It was a lot of fun.

The end result was an 11-part essay entitled “Death Wears Sneakers.”  Each photo had its own caption on the back as well.  I have no idea what she got on the project – I hope it was an A.  After the semester was over Katie gave me the whole set.  Number 4 was my favorite – I hung it on my apartment wall for years after that. 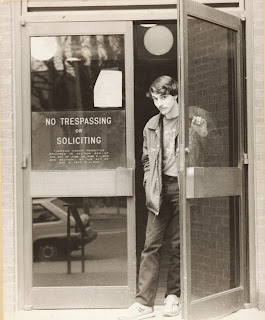 I. Anyone can stop a man’s life, but no one his death; a thousand doors open on to it. II. But when I look ahead up the white road
There is always another one walking beside you 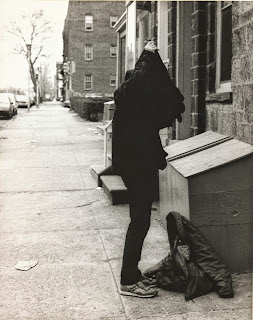 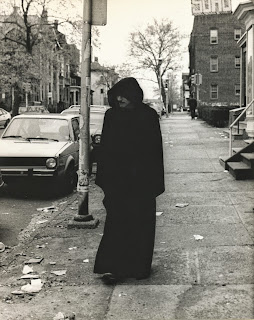 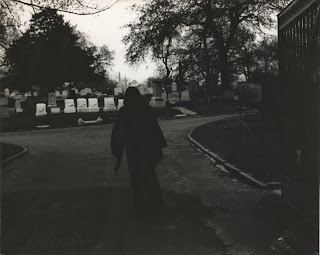 V. It was a dark and stormy night. 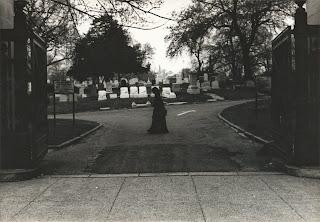 VI. A dreaded sunny day
So let’s go where we’re happy
And I’ll meet you at the cemetery gates
Keats and Yeats are on your side
But you’ll lose
Because Wilde is on mine. VII. Pick out a couple you like
Choose your burial site 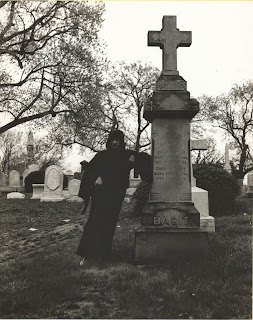 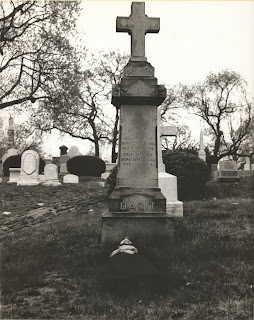 IX. What is this world?  What asketh men to have?
Now with his love, now in his colde grave 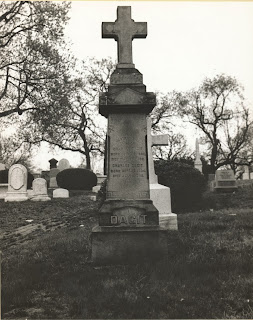 X. Death hath no more dominion over him 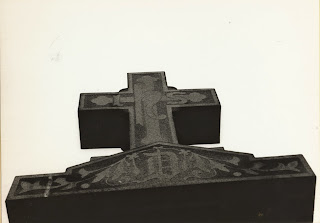