San Francisco is a great place to see and we had a great deal of fun wandering around the city taking in the sights.  But my focus when I travel has always been visiting people – seeing the friends and family that are there.  This is one reason why I tend to go back to the same places.

The main purpose of our trip was to see Geoff and Dave, but while we were there we were lucky enough to catch up to some old friends as well.  And that made the trip just that much better.

Josh and Sarah were friends of mine back in college.  There were anywhere from eight to twelve major student theater groups at Penn when we were there, depending on how you counted, and out of the nine thousand or so undergrads there were about a dozen of us who did theatrical lighting.  We went from show to show to show during the semesters, feeding on cast parties like locusts.  We got to know each other pretty well.  I ran the lighting board or a spotlight for several shows where Sarah or Josh designed the lights, for example.

They live out near San Francisco these days, with their daughter Samantha who is a year younger than Tabitha and – as we discovered – cut from very much the same cloth.  They hit it off amazingly well.  We will have to get them together again as soon as possible, yes we will.  They had family coming in for the holiday and still wanted to see us, so they volunteered to pick us up from the airport and take us to dinner before dropping us off at Geoff and Dave’s.

Once we managed to squeeze all seven of us plus our luggage into their car we headed off toward a lovely Italian restaurant in Burlingame, one that promised good food and was able to handle the food allergy questions with alacrity when I called them the previous week.  And they delivered – it was an excellent meal.

But meals are made by the company you enjoy them with, and by that standard it was, well, an excellent meal. 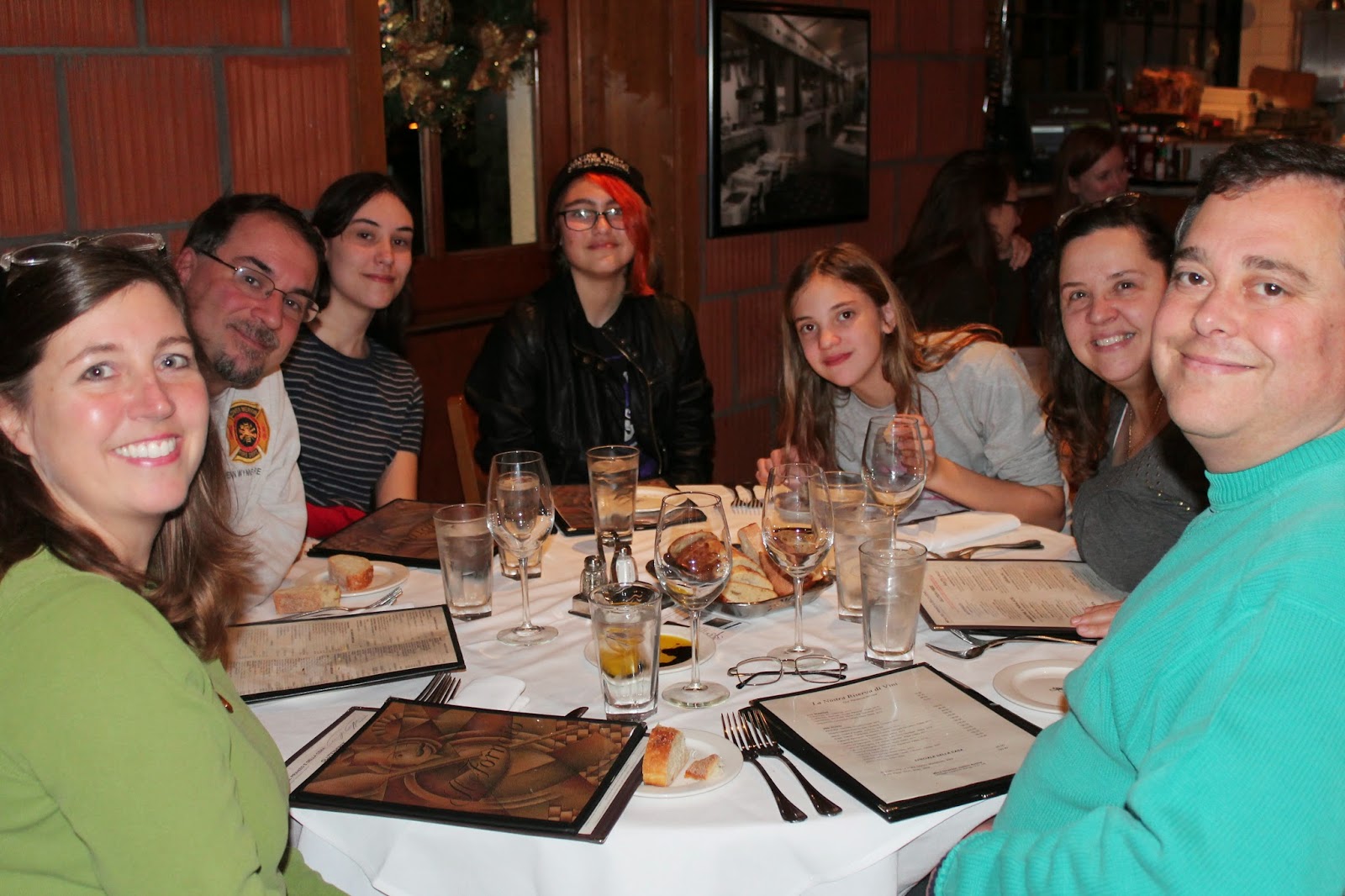 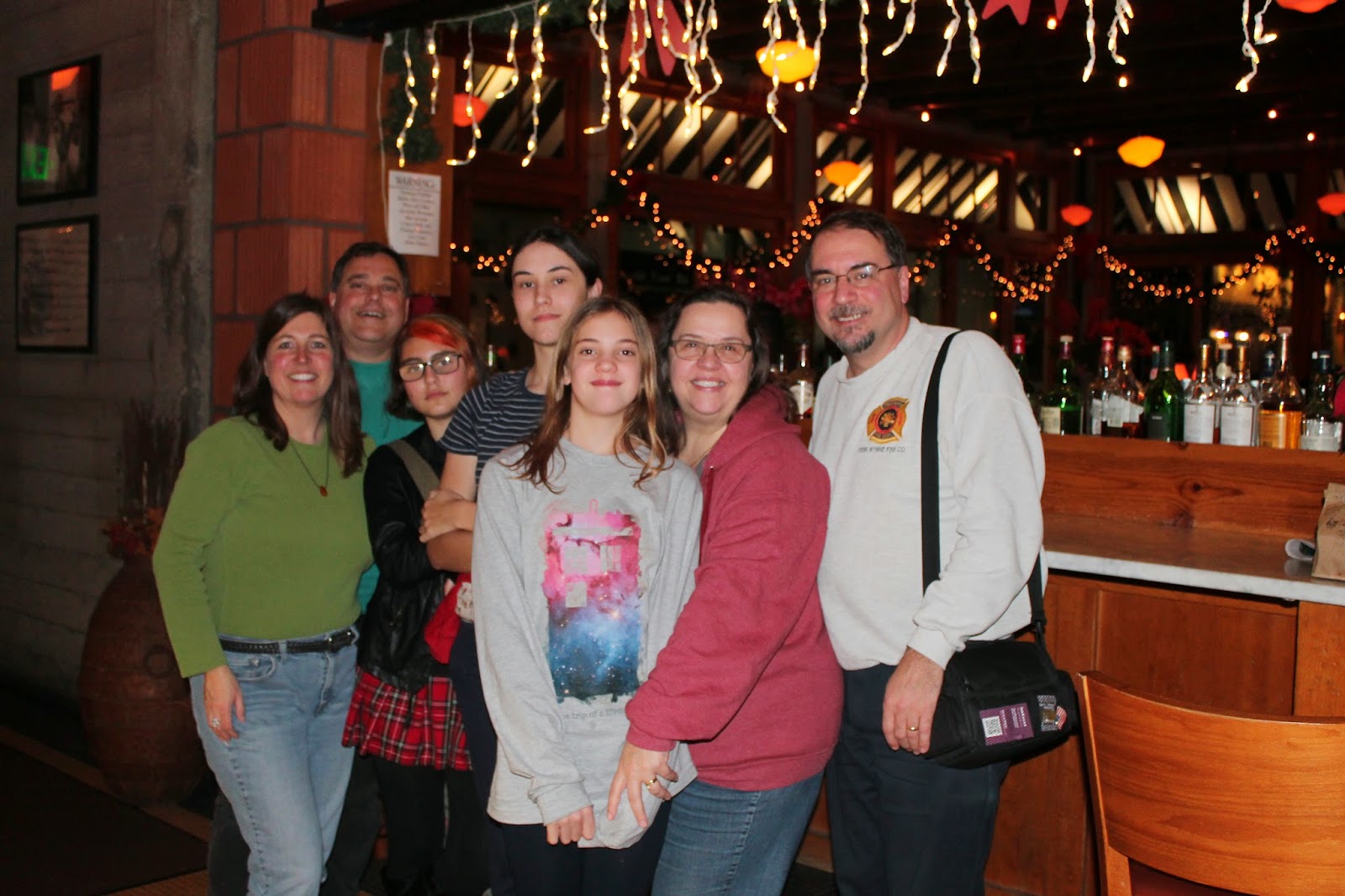 We were also able to visit Jen, John and Rain.

I had known Jen in high school but then lost track of her completely for about twenty-five years.  Then through the magic of Facebook we started to get to know each other again, and it has been a lovely thing.

We caught up to them for dinner on our second day there – after we had plundered the Lefty Shop we trekked up to a place called Hot Spud and had baked potatoes and conversation.  And then they joined us at Crissy Field and Fort Point as well, so bonus for us! 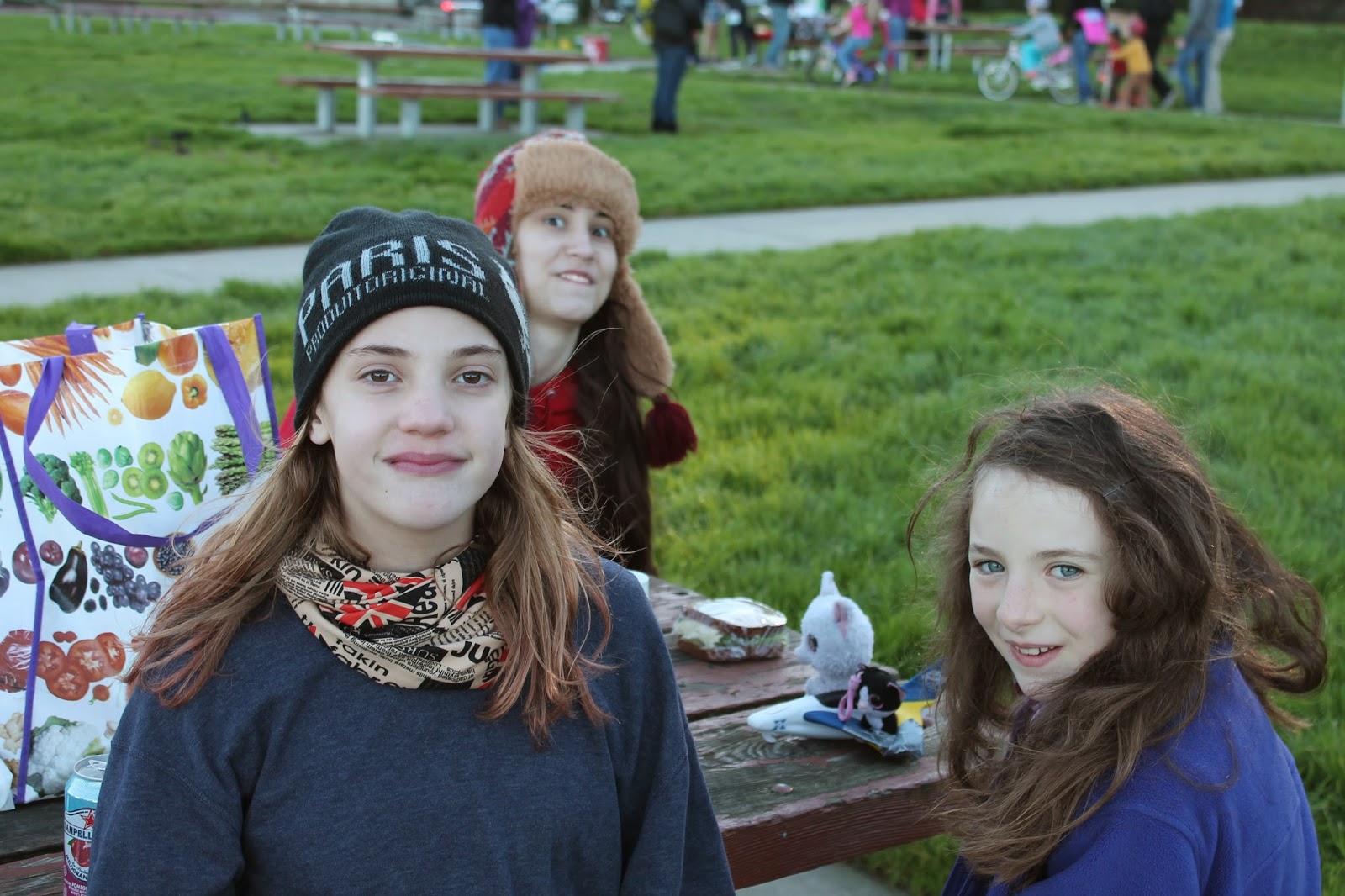 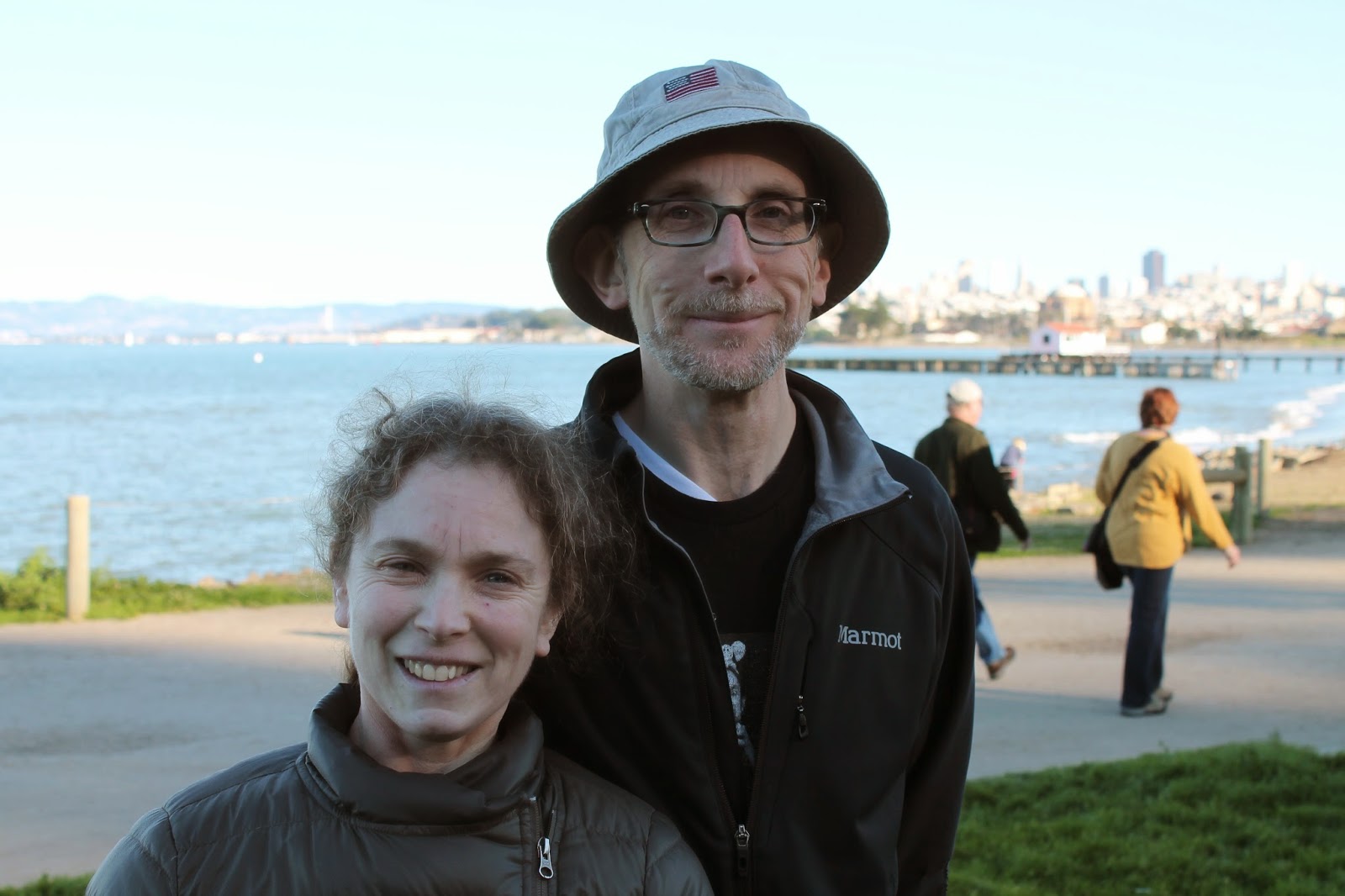 It was good to see Jen again for the first time since the mid-80s, and finally meeting John and Rain was lovely – they were good people to hang out and talk with, and we shall have to do that again as well.

It is a grand thing to have friends all over, and an even better thing to see them.

Now to convince them all to venture out to Wisconsin...
Posted by David at 10:34 AM

And of course, we were lucky to spend time with Denise and meet new friends, Cracker, Adrienne, and Dan. It was a very good trip!