It gets harder and harder to get into the Christmas spirit, I find.

This year, for example, I have done pretty much nothing about the holiday.  I have done no shopping.  I have made only a beginning at a Christmas card letter, which admittedly is further than I got last year.  I did put up our strand of blue lights across the front of the house, and I brought the tree up from the basement – the artificial one that won’t burn the place down if we ignore it for a week.  That's something.  I even brought up the decorations, which sat in their boxes for a week, hogging the living room, while the only decoration on the tree was a merry little Dalek that Kim found somewhere and placed on it right away.

Eventually Kim and I did get the tree looking a bit more festive.  The girls had taken over that task for a while, but with their schedules getting hectic it didn’t look like that was going to happen.  So now it’s mostly done.  I just need to put the angel on the top.  I looked all over for it without success, until this morning when Kim pointed to it sitting on the floor not four feet from the tree.

It’s times like these that I start to sympathize with my grandfather.

Sometime in the early 1970s he bought a pre-decorated tree.  It was about four feet high and came covered with red ribbons, white and silver balls, and silver garland.  He put a little angel on the top of it – I don’t think that came with the tree, but I could be wrong – and that was that.  Every year he’d set it up on the end table between the couches in the living room, which gave it enough height that you could put the presents under it.  My family always celebrated Christmas Eve far more than Christmas, and always over at my grandparents’ house.  That was the tree of our Christmas Eve.

There would also be a white metal ball hidden underneath something in the living room.  It plugged in and would play a recorded birdsong over and over until finally someone would snap and unplug it.  Tradition!

When the holiday season was over he’d wrap the whole thing up in a plastic bag, decorations and all, and stow it in the attic.  And the next year, the whole process would repeat itself, a never-ending series of Christmas Eves with only the outfits and the size of the children to tell them apart.  The nice part about that is that it let us focus on the people rather than the decorations. 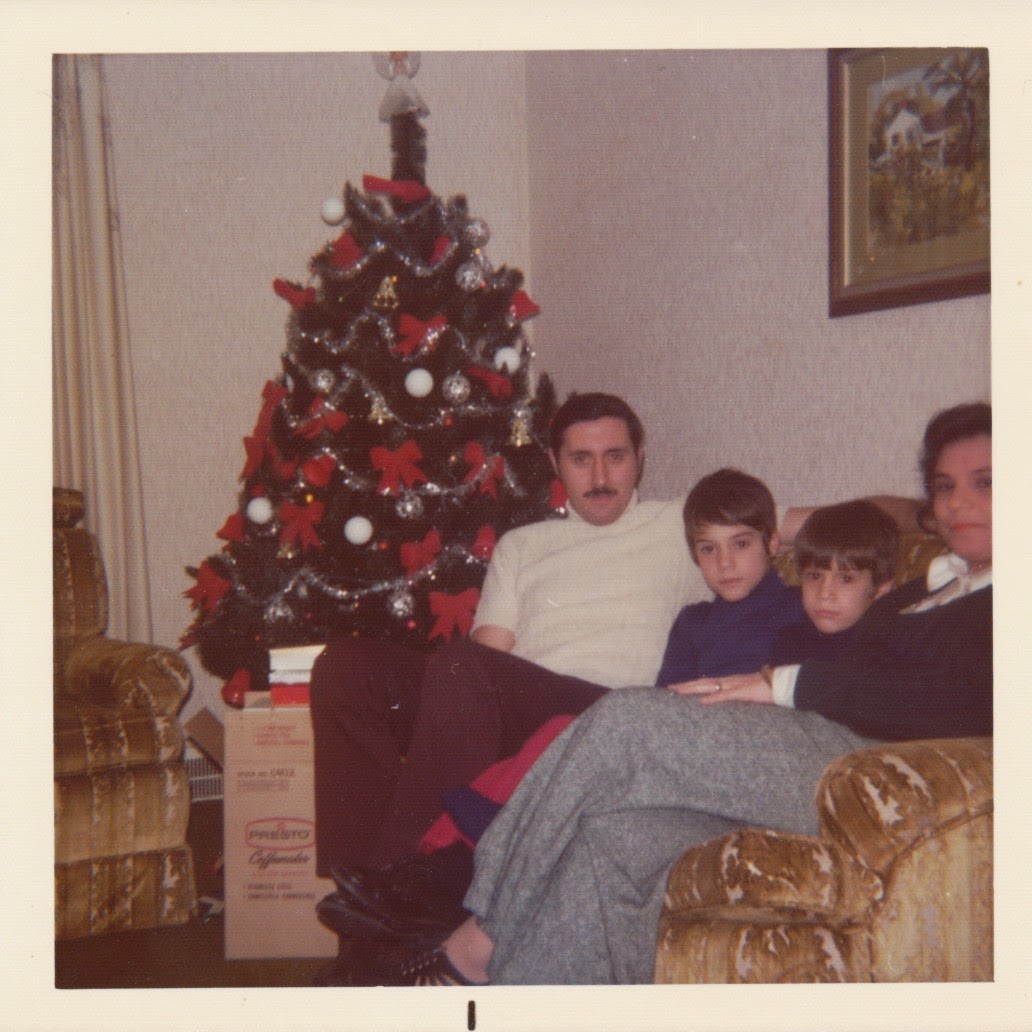 It must be fairly late in the day, as all of the presents have gone from underneath the tree and the wrapping paper has been cleaned up.  If so, that means we’re about to head home – all of five miles away or so – to get ready for Christmas Day.

We had our own tree there, an actual tree that my dad, my brother and I had gone out and cut down a week or two earlier.  That one was new every year and it was fun to go get it and fun to decorate it.  I always felt bad that my grandparents had the same old tree every year.

With the end of the semester and finals, with the hectic lives that the girls lead, with everything else that is scheduled to happen around here in the next week or so, though, I understand my grandfather more now.

I will focus on family, and try to find the spirit as I may.  And perhaps the rest of it will come too, in time.
Posted by David at 10:23 AM