1. At some point I will need to excavate my desk from the paperlanche that has engulfed it in the last few weeks.  This is always an issue at the end of the semester.  I can keep up with things for the first six to eight weeks, but after that it’s just a race against time to keep myself from being crushed by it all.

2. Last week was the annual Madrigal Dinner down at Home Campus, a festival which usually includes a nice meal, some lovely singing by the choir, a few bits of live theater involving jesters, a chamber orchestra, and some chemistry fun that last year included four-foot jets of flame.  This year Kim and Kristin kept the pyrotechnics out and focused on magic changing colored liquids, which was fun and impressive if not quite as exciting as nearly having the place burn down.  And Tabitha got her first paid gig as a violinist by playing in the chamber orchestra.  They paid her in pizza, but then that’s more than I ever got paid in my time in a band in college, so you can’t really argue with that at all. 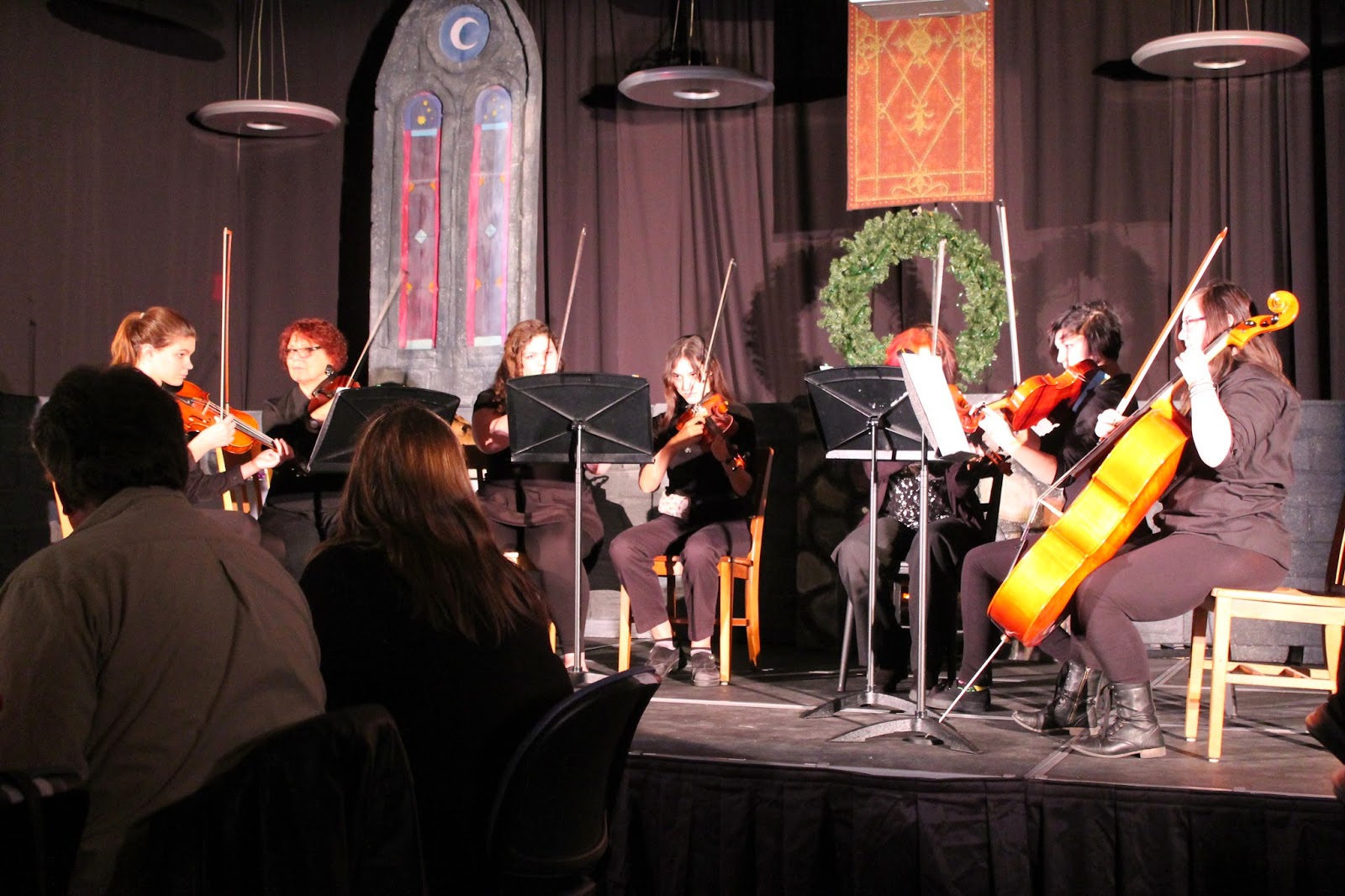 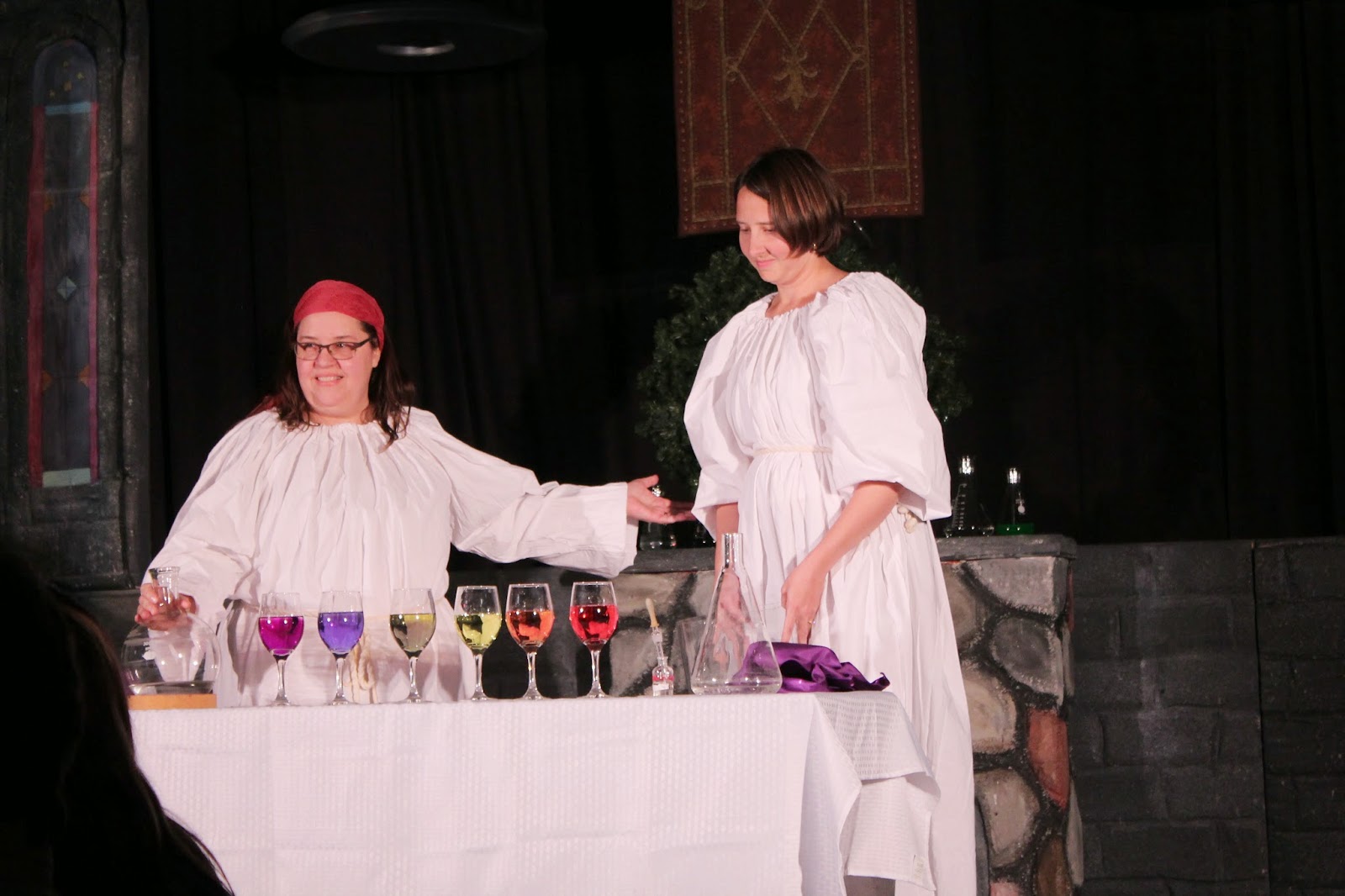 3. I went down to the DMV the other day and got a new drivers license.  Except that I really didn’t get a new license – I just got the idea of a new license.  The State of Wisconsin is very desirous that we get something called a Real ID when we re-up for our licenses, as opposed to the Imaginary IDs they seem to have been fobbing off on us for these past many years.  And since it was made clear to me that if I chose not to get one of the Real IDs now I would just have to get one a few years down the line anyway - for a separate fee - I figured I’d go along.  It turns out this is a process that involves some forty-five confirmatory identifying documents, DNA samples, a blood-curdling oath sworn on the volume of your choice (The Silmarillion, in my case), three letters of reference, and a pinky-swear that all of the above is accurate to the best of your knowledge, and when all is said and done it still does not actually produce you an ID.  Those have to be processed at a central facility.  So I got a temporary ID - a printout, really - that I could carry around until the Real ID arrived in the mail, whenever that might be.  Which, ironically enough, means that my Real ID is pretty much Imaginary for the time being.  This is why I believe I should drink more.

4. Sometimes it is a wonder the things you suddenly realize that you have volunteered for.

5. Apparently Governor Teabagger (a wholly-owned subsidiary of Koch Industries) responded to a Jewish supporter by wishing him “Molotov” the other day.  On the one hand I suppose it was nice of him to make the effort to be culturally sensitive, and it would be good if he would be willing to do that for people who aren’t in a position to grease his palms with cash also.  On the other hand, seriously?  WTF?  Does he not employ people who can proofread his outgoing mail?  Is Wisconsin so goy-infested that nobody could have told him this was something of an Inigo Montoya moment?  Of course I am assuming this was a mistake on his part.  Maybe he was actually wishing the guy would catch fire and burn to the ground due to an incendiary device thrown in his direction.  As my friend Eric pointed out, he’s certainly done his best to do that to the state over the past few years.

6. We’re still a few holidays behind.  Kim and I went out tonight to celebrate our anniversary, which was actually last month.  But holidays happen when you’ve got the time for them, and soon we hope to do something for her birthday.  This will likely happen after my birthday, which will likely be celebrated sometime in March.  I’m surprisingly okay with this.

7.  Upon second viewing, I have confirmed my initial impression that Frozen was a really great movie right up to the last little bit when it was ambushed and beaten to a pulp by a marauding horde of cliches.

8. I should know better than to read serious books on the history of the Religious Right.  It’s not like my blood pressure isn’t already high enough.  That’s a group of people who really should be heavily medicated and then put to more useful pursuits such as feeding the hungry, clothing the naked, defending the oppressed, welcoming the stranger, or any number of other things that the actual focus of Christianity suggested might be done in His name by those who wished to honor Him.

9. One of the problems with commuting to Mid-Range Campus is that I don't get back until fairly late.  Normally this just means a late dinner, but this week it meant missing Lauren's band concert.  Fortunately Kim was there and she said that Lauren did a very nice job in her new role this year as a percussionist.  The thing about being a percussionist is that a) you get to hit things, and b) even though they put you way in the back, you spend your time standing up so people can still see you.  I'm hoping to make the next concert, at least. 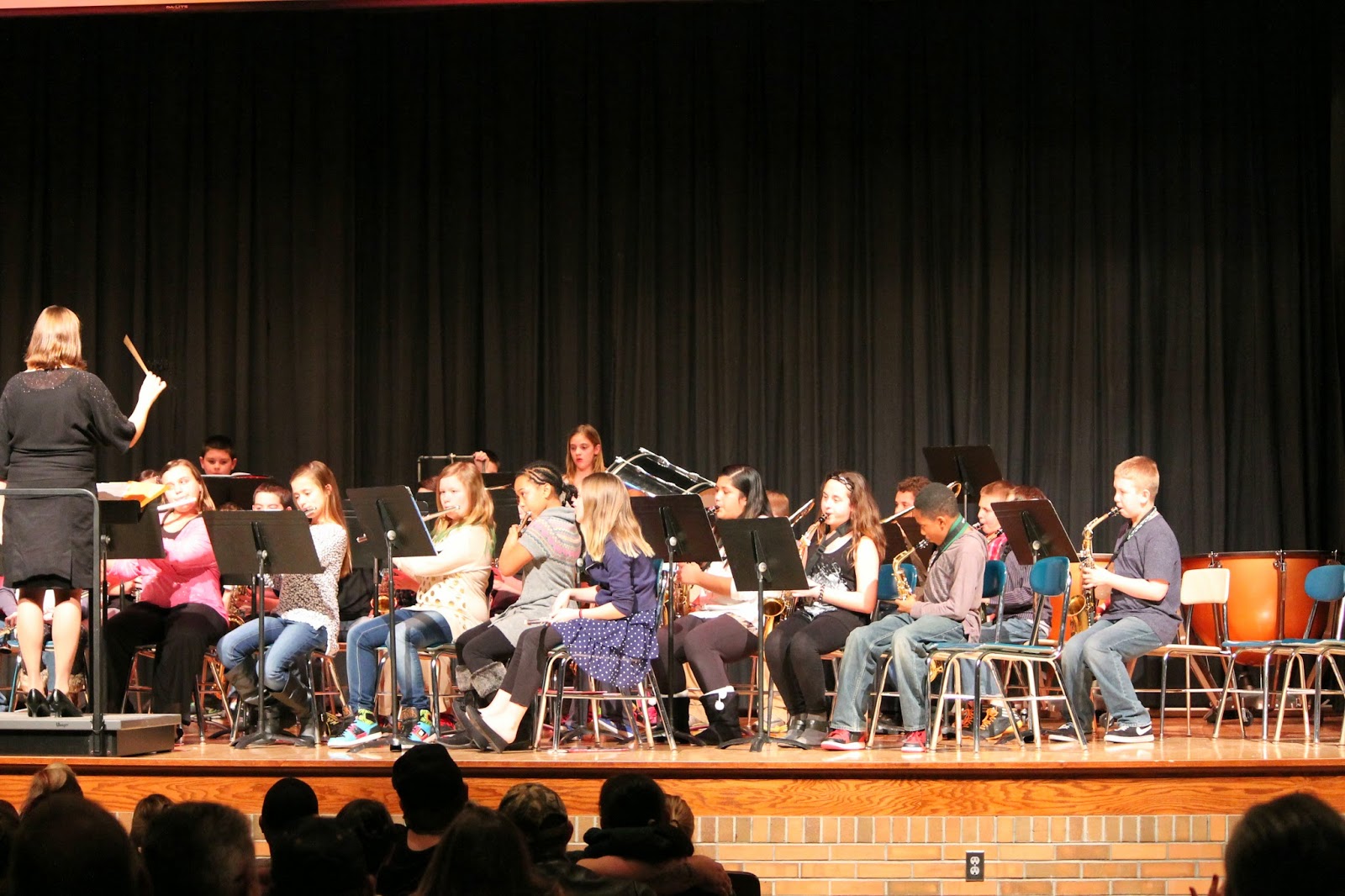 10. We have the Christmas tree up now.  It has exactly one decoration on it so far: a merry little Dalek that Kim found somewhere earlier this year.  We’re hoping to get the rest of the tree decorated this weekend sometime, but I confess that part of me thinks a bare tree with a single Dalek would be kind of amusing.

11. It’s only December and we’ve really only had one cold snap so far by Wisconsin standards – a couple of days where the highs never got above 15F, which is cold for what is still technically autumn.  Mostly it’s been fairly moderate – highs around freezing, no real snow for a while.  Yet I find myself feeling colder than I usually do.  Just getting old, I guess.  It beats the alternative.

I lost my CT driver's license when my mother moved out of state. I use my passport as ID. The problem is, the geniuses who thought up the Real IDs didn't think of how to make the passports compliant. A problem for the four or five million Americans who live abroad.

You would think a passport would be real enough.

I finally did get my Real ID. It is completely underwhelming.

I seem to be even farther behind than you are, only now reading here about the Real ID. I'm getting into a major harumph at the concept. What happens if you don't conform to this? Are you no longer real? If I found myself no longer real, I think I wouldn't be bothered with their phony taxes.

Whut? My state allows us to renew licenses at any AAA office. Eliminates the lines at the DMV for that (though the lines at the DMV still suck - they don't have to please their customers, and they aggressively don't). That includes real ID, - no "central processing". That's BS - it's obviously not a Federal mandate, since I got the real ID with the good folks at AAA just making copies of my documents to send along. How much do you want to bet the "central facility" is outsourced - to a business owned by a campaign donor of Gov. Teabagger?