I was once nearly thrown out of a mall for picnicking.

It was the summer after my sophomore year of high school, and the Gallery Mall in Center City Philadelphia was still pretty new at the time.  We knew all about malls in the suburbs – according to an article I read recently they were put there specifically to be beyond the blast radius should the cities get nuked in some Cold War sneak attack, after which they could serve as the centers of a new civilization.  Why anyone would want a new civilization based on Sam Goody’s, Hallmark, and JC Penney’s is something of a mystery but there you have it.  You can’t say we weren’t warned.  But the Gallery was right smack in the middle of the city so it would have been melted just like the rest of us, and that made it special.  There’s some camaraderie in that, I suppose.

Heh.  Camaraderie.  Comrade.  See what I did there?  Cold War humor – it doesn’t age so well.

A bunch of us were trying to figure out what to do for Larry’s birthday.  Larry really did not want us to do anything for his birthday, which of course obligated us to come up with something completely bizarre and awkward, because high school.  So we thought about that for a while.

It was probably Jill who came up with the idea.  She was the social coordinator of our little group – the one who made sure the rest of us misfits managed to get together for events and have the fun that we would never have otherwise bestirred ourselves to have.  Every group needs one of those.  My guess is that the process went something like this:

Why don’t we have a picnic at the Gallery?

Well, because it’s in Center City, for one thing, and we are in the suburbs.

But of course that is why they have public transportation, after all – to allow a person or even a group of people to get from Point A (defined as Not the Gallery) to Point B (defined as the Gallery) quickly and cheaply.

Okay, but Larry does not want us to do this.

And your point is?

Nothing, nothing at all.  Continue.

But we are scruffy teenagers of the very sort most likely to attract the wrong sort of attention from large and impolite men with badges that almost but not quite look like real police badges but whose billy clubs and firearms are nevertheless distressingly real and who would feel somehow obligated to find a rule or something to justify removing us from the mall in mid picnic.

We’ll just have to dress up, then.  Look good, respectable, and generally worthy of sharing an elegant picnic lunch and birthday party in the midst of the commercial throng.

And that was pretty much that.  There being no further objections, we proceeded.

The next step of course was to get Larry to the mall, a task that fell to me and Jill.  This was more complicated than it sounded, because if we were to dress up and not look like scruffy teenagers, we would tip him off that something was afoot, but if we dressed as we usually did we would, of course, be scruffy teenagers.  Eventually we hit on the notion of having one of the group that was meeting us there with the picnic supplies carry some nice articles of clothing that we could put on over our stuff – a jacket and/or tie, for example, or a nice hat.  Hats make the outfit, you know.

Larry would simply have to remain scruffy.  If you’d known Larry at this point of his life you’d probably agree that not trying to fancy him up was for the best.

So after convincing Larry that the three of us ought to spend some quality retail time together (again, if you knew us you’d realize how improbable this scenario was, but for some reason it worked), we met at the appointed time and headed into town.  The rest of the group was already there when we arrived.

I still remember walking up the long ramp from the train station into the mall (of course it had its own train station, don’t be silly) and rounding the corner to see everyone gathered ‘round the blanket that was being set up in a central but relatively untrafficked location on the main floor.  It was quite a sight.

Larry was in a sufficiently good mood that he agreed not to wreak physical vengeance and even seemed mildly amused by the whole thing, so Jill and I got our fancy duds on over our regular clothes, sat down among the crowd and prepared for our picnic.  We got some generally supportive comments from passersby, and we figured we had succeeded and could relax and enjoy ourselves.

That’s when the guy with the badge showed up.

Guys with badges are not paid to have a sense of humor, and generally they respond by not having one.  This guy sure didn’t.  He was quite annoyed, in fact, that we were trying to have a picnic in his mall.

But we are nattily attired, we said.  We are not scruffy at all, not even one little bit!

This cut no mustard with the guy with the badge.  Nor did the fact that it was Larry’s birthday and this was meant to be a surprise party.  No, there was nothing in his programming that would accept the reality of a picnic in that particular place and time, and so he ordered us to remove ourselves – nicely dressed as we were.

There was a period of intense negotiation.

Eventually he agreed that we could stay provided we relocated to a place that was entirely out of the way – up one story, around the corner, and tucked at the end of a dead-end, though it did have a nice view of the central court, so there was that much going for it.  There not being not much in the way of other options, we decided that would comply.

We had a grand time.

We shared some good food.  We had some laughs.  There were gifts, because it was, after all, a birthday party. 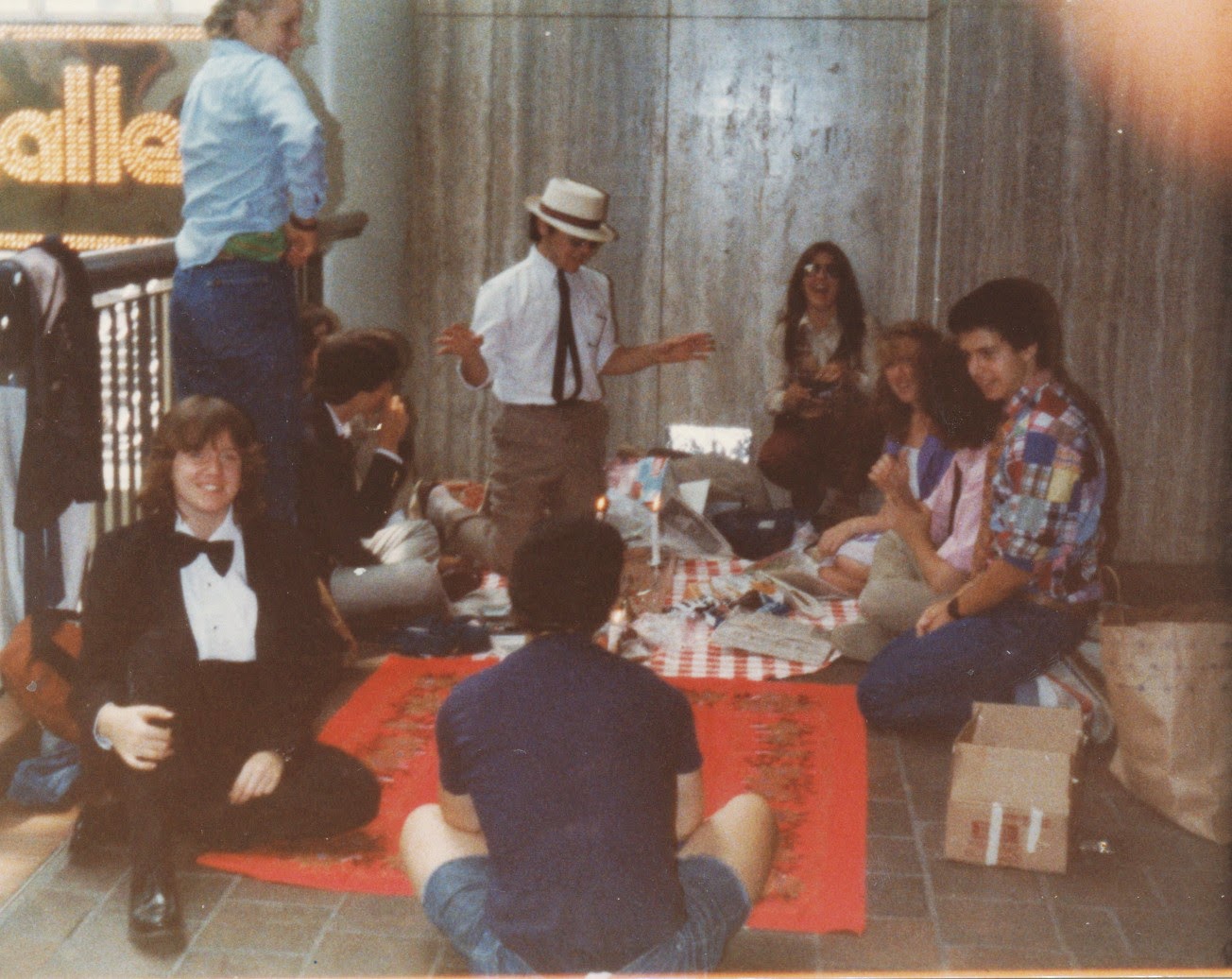 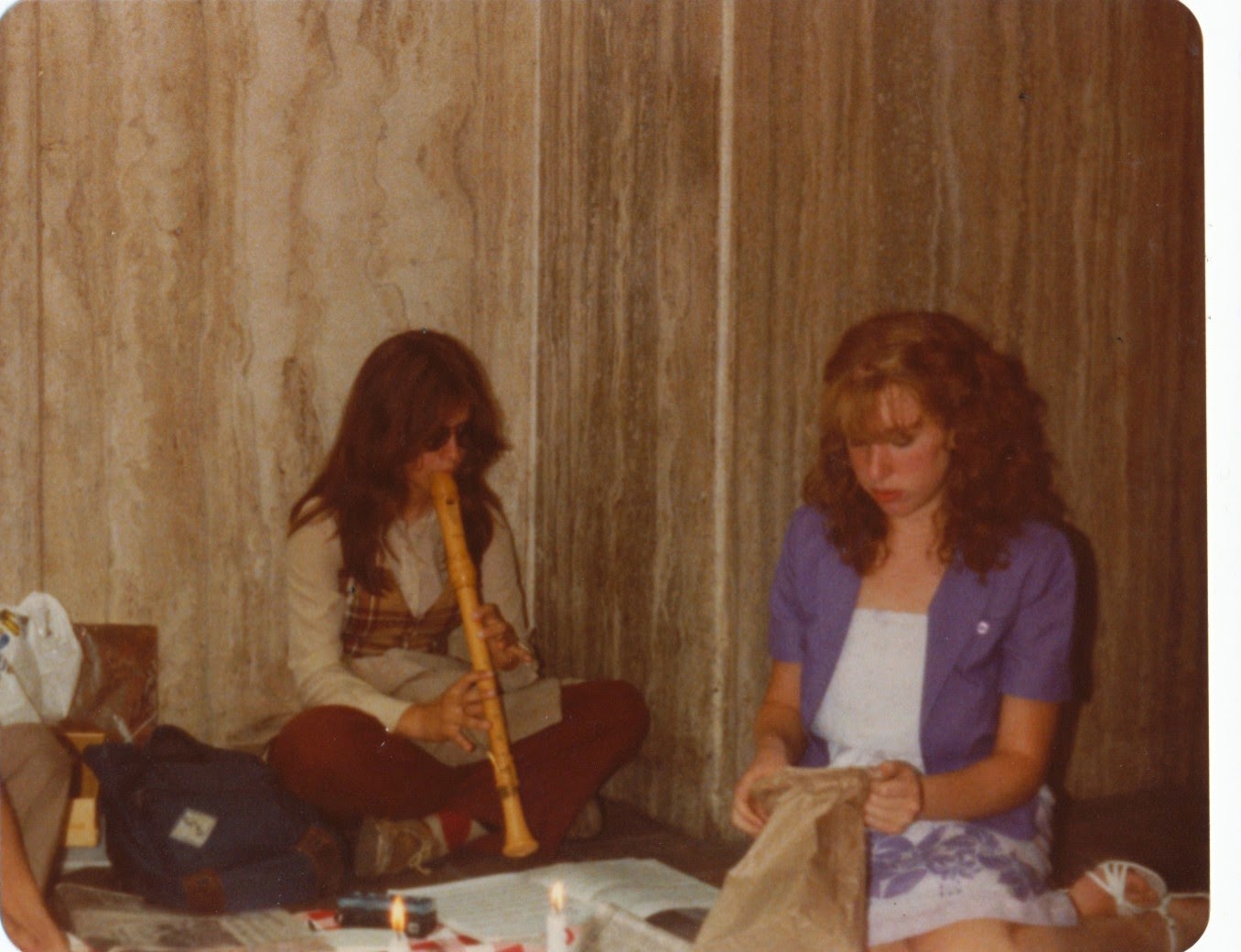 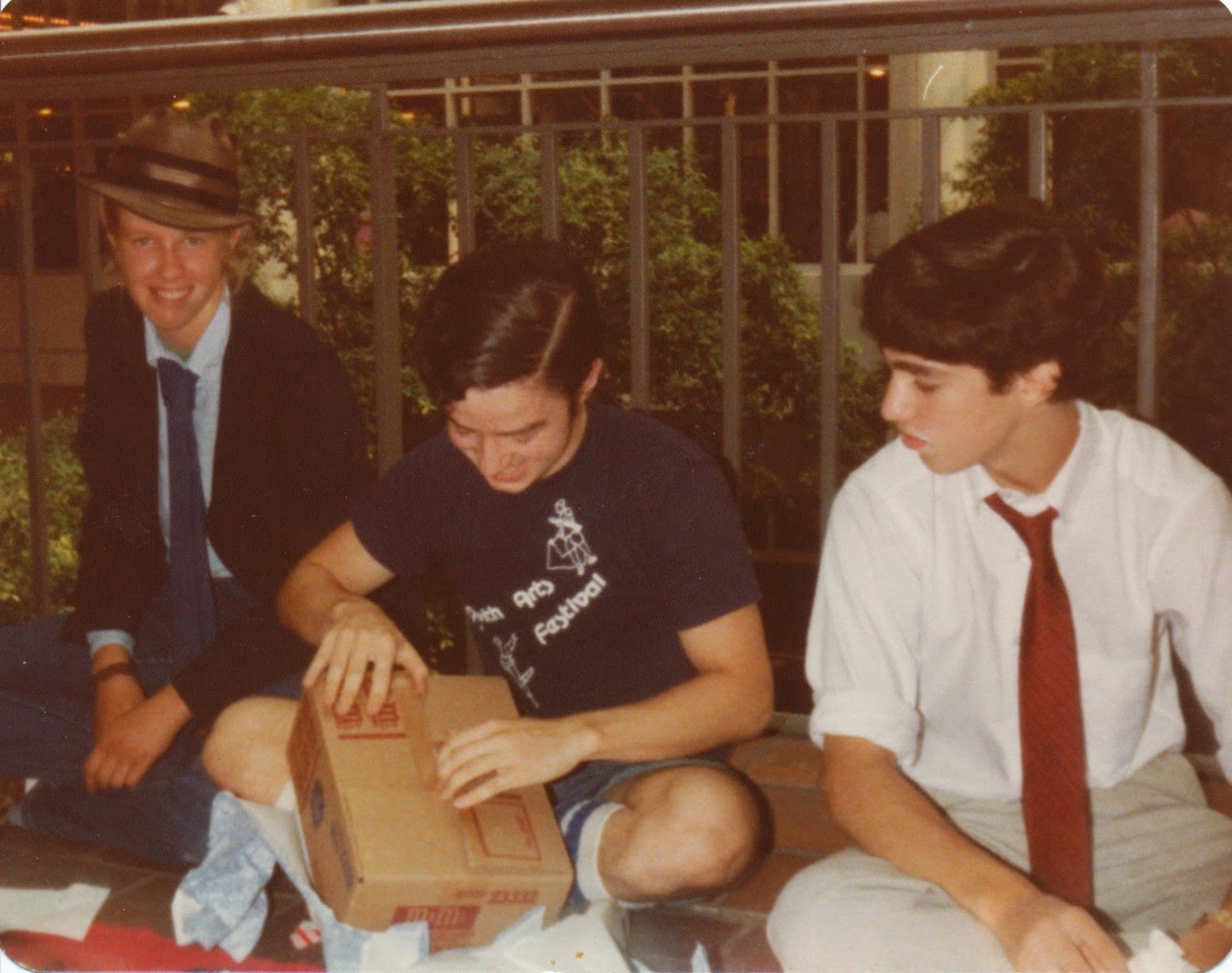 It is a lovely thing to picnic in a mall with friends. 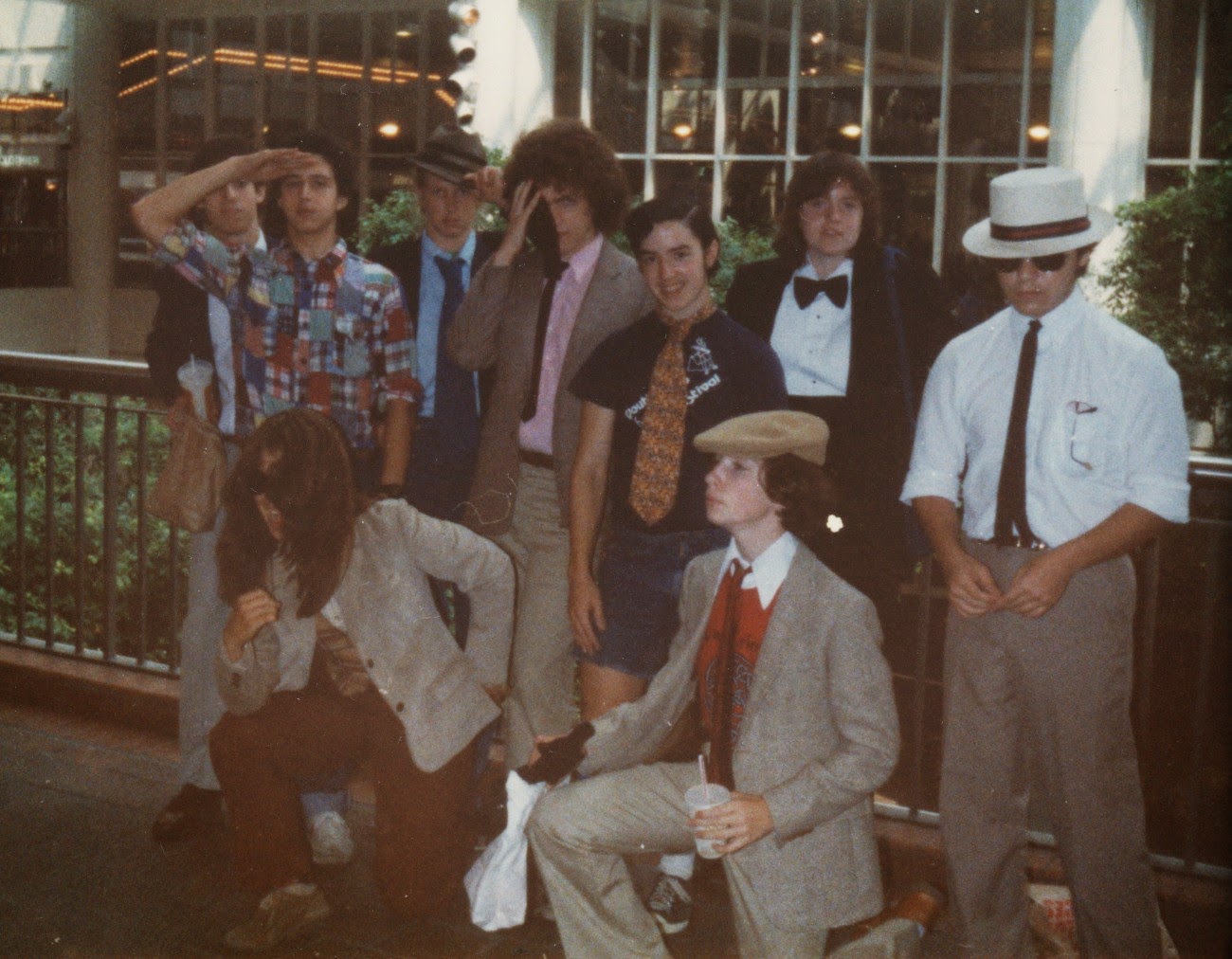