School has started up again here in Our Little Town.  The year has begun – yes, the year starts in September, don’t let any calendar tell you otherwise – and all is fresh and new and waiting for the first inevitable screw-up, whereupon there will be stories and commiseration and probably something good to eat to make up for it, and this is how we survive from year to year.

Last year the girls were at the top of their respective schools, but this year?  This year they learn the great lesson in life, that the top of one ladder is just the bottom of the next. 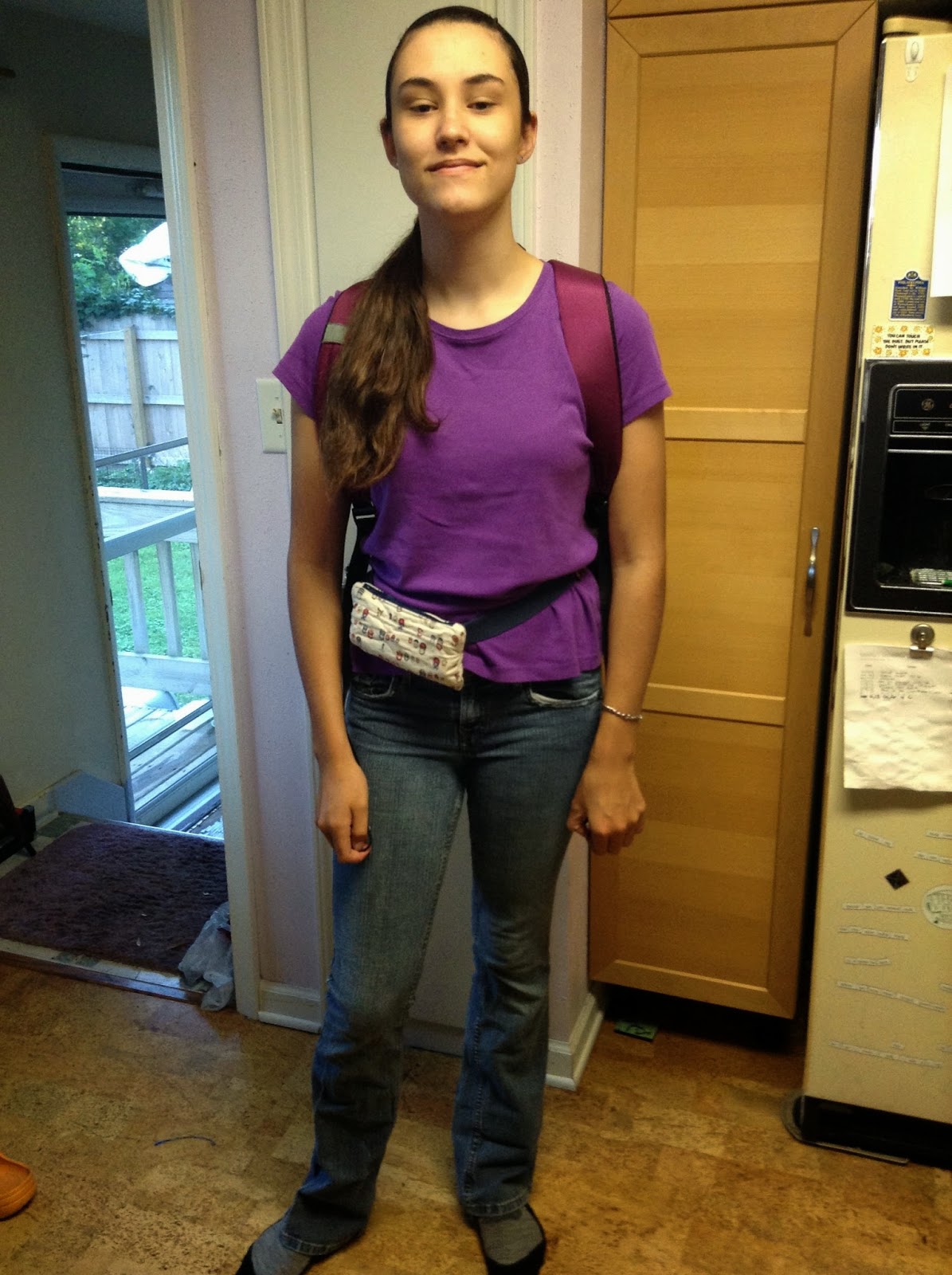 It is an odd thing, to see her march off to high school.  It’s such a strange time of life, being on the edge of heading out on your own but still not quite there, finding loves and groups of friends who, if you are very, very lucky, you will still be close to decades later.  I wish her well over at LBHS.

Having graduated one daughter from MCGMS, we now send the other one.  Lauren started there this week, having left Not Bad President Elementary behind in June. 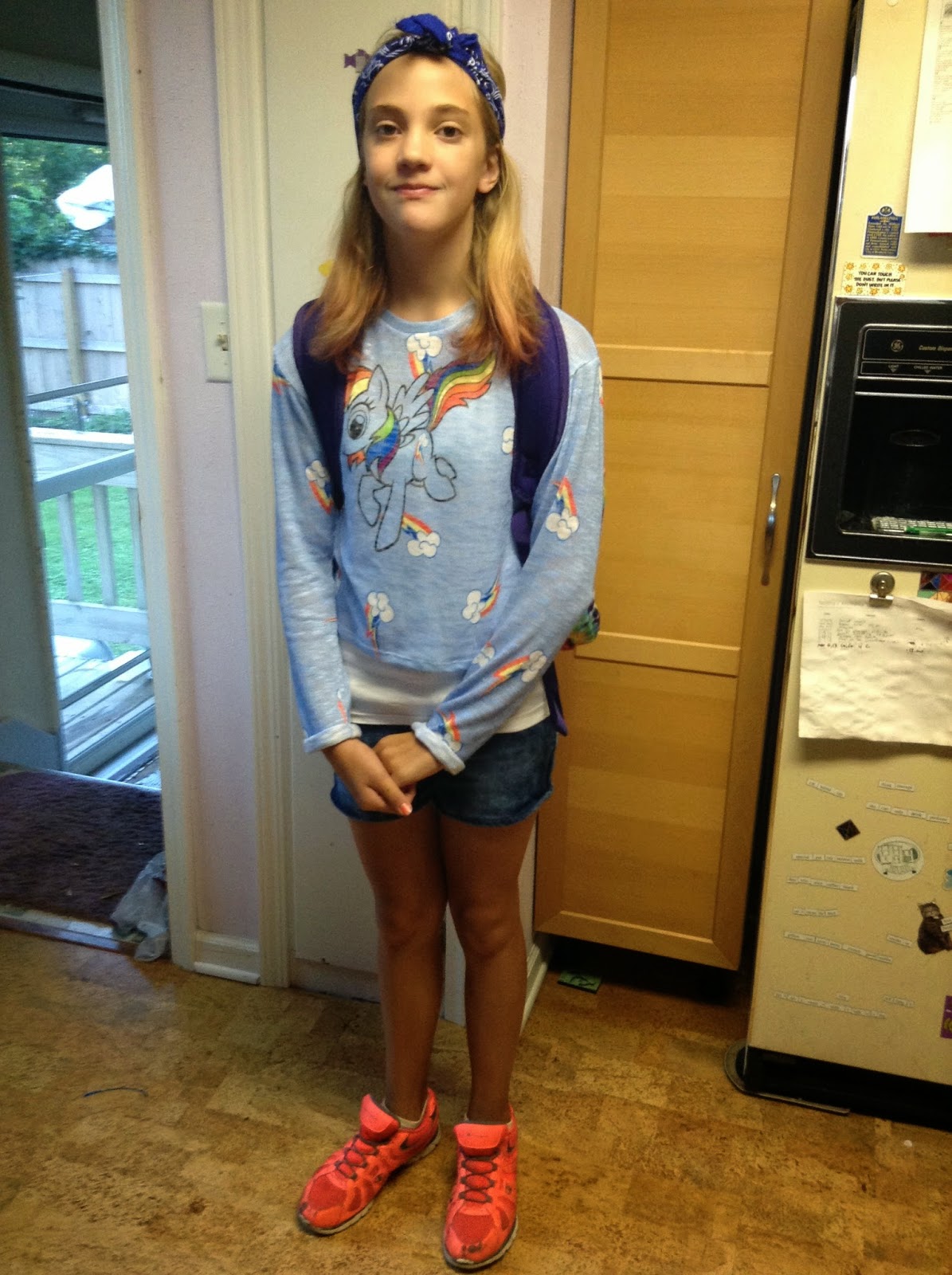 She’s been enjoying it immensely, it must be said.  She’s in classes with a lot of her friends – three of the Five Musketeers are seated next to each other in her science class, which her teacher will figure out soon enough – and so far the running about between rooms has worked out fine.  If she can only get a locker that actually opens, she’ll be in great shape.

Getting home has been a trick, though.

LBHS is close enough for Tabitha to walk home – about a mile and a half, right up the road.  We drop her off a block or two away in the mornings, mostly because otherwise there would be even less sleep going on around here for all of us, but she’s been hiking back every day.  It's good exercise, and so far the weather has been nice.

Lauren’s return home has been trickier.

While Kim has often handled drop offs in the past, pick ups have usually been my area.  I knew going into the year that Wednesdays would be tricky, since I had my Nursing U class, but that only runs until late October so that didn’t seem like a lot and Kim’s schedule could handle that.  That was before the Chaotic Schedule Changes of late August, the net result of which was that I am now at Mid-Range Campus on Tuesdays and Thursdays at pick up time.  So right now the schedule is that I get Lauren on Mondays and Fridays, Kim gets her on Tuesdays and Wednesdays, and on Thursdays she walks home with a friend.

It all gets done.