Working my way back through what I can remember of this month, it occurs to me that there has been a lot of music in it.  This is a good thing, especially since much of that music was produced in part by my own children.  I’ve already covered Lauren’s piano recital here, but that was only the beginning.

This past Monday, for example, was the big concert down at Mighty Clever Guy Middle School.

I went down early with Tabitha to drop her off for rehearsal and then stayed, since a) making another round trip home was sort of pointless in the time allotted and b) these events involve a lot of kids, which means a lot of parents, which means get your seats early.  So I saved a couple of seats for Kim and Lauren, read my book for a while (of course I brought a book – don’t be silly), and chatted with friends nearby.

They do these things by grade, mostly, so we sat through the 6th-grade orchestra (quite good) and the 7th-grade orchestra (still needs some work) before Tabitha took the stage.  The Fiddle Club was first.  Once a week throughout most of the school year a bunch of string players stay after school to learn new pieces, and then they get to perform them at these concerts.  They did a very nice job. 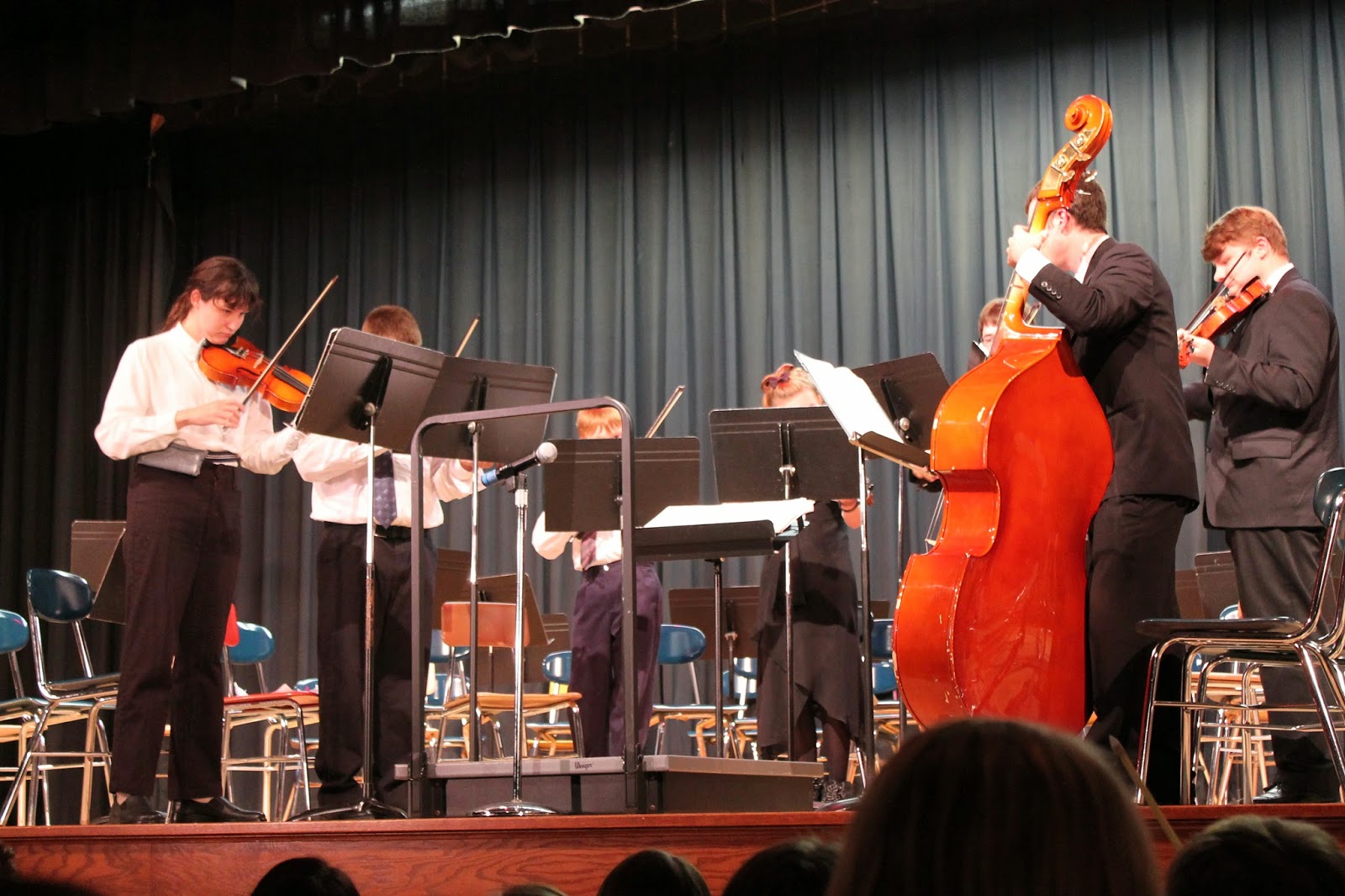 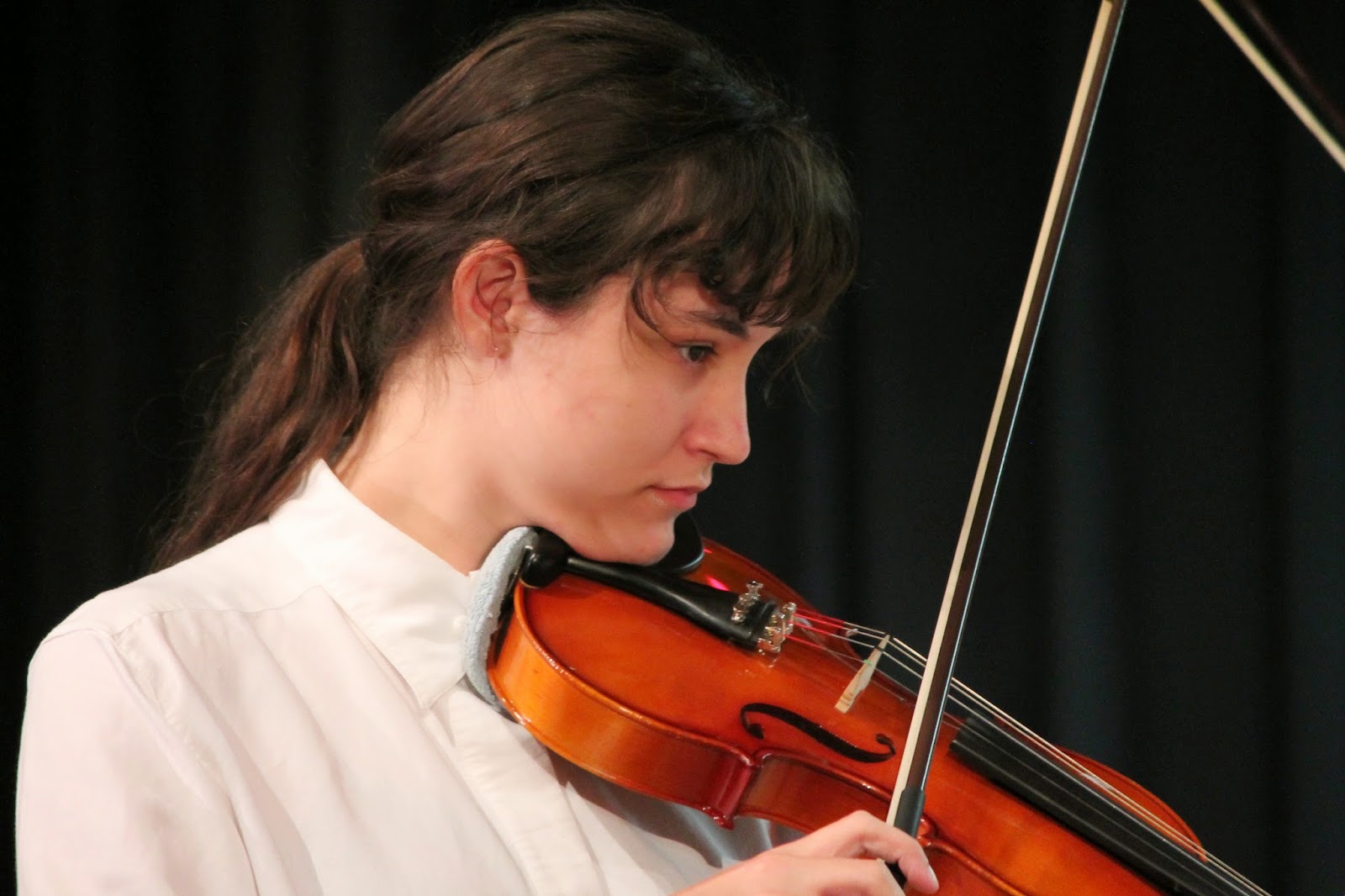 Then came the 8th-grade orchestra for a couple of songs, which they did nicely, and then came the entire group of everyone, plus the band – a full orchestra – for one final number that went well.  It was a grand night out, down at MCGMS, and you should have been there. 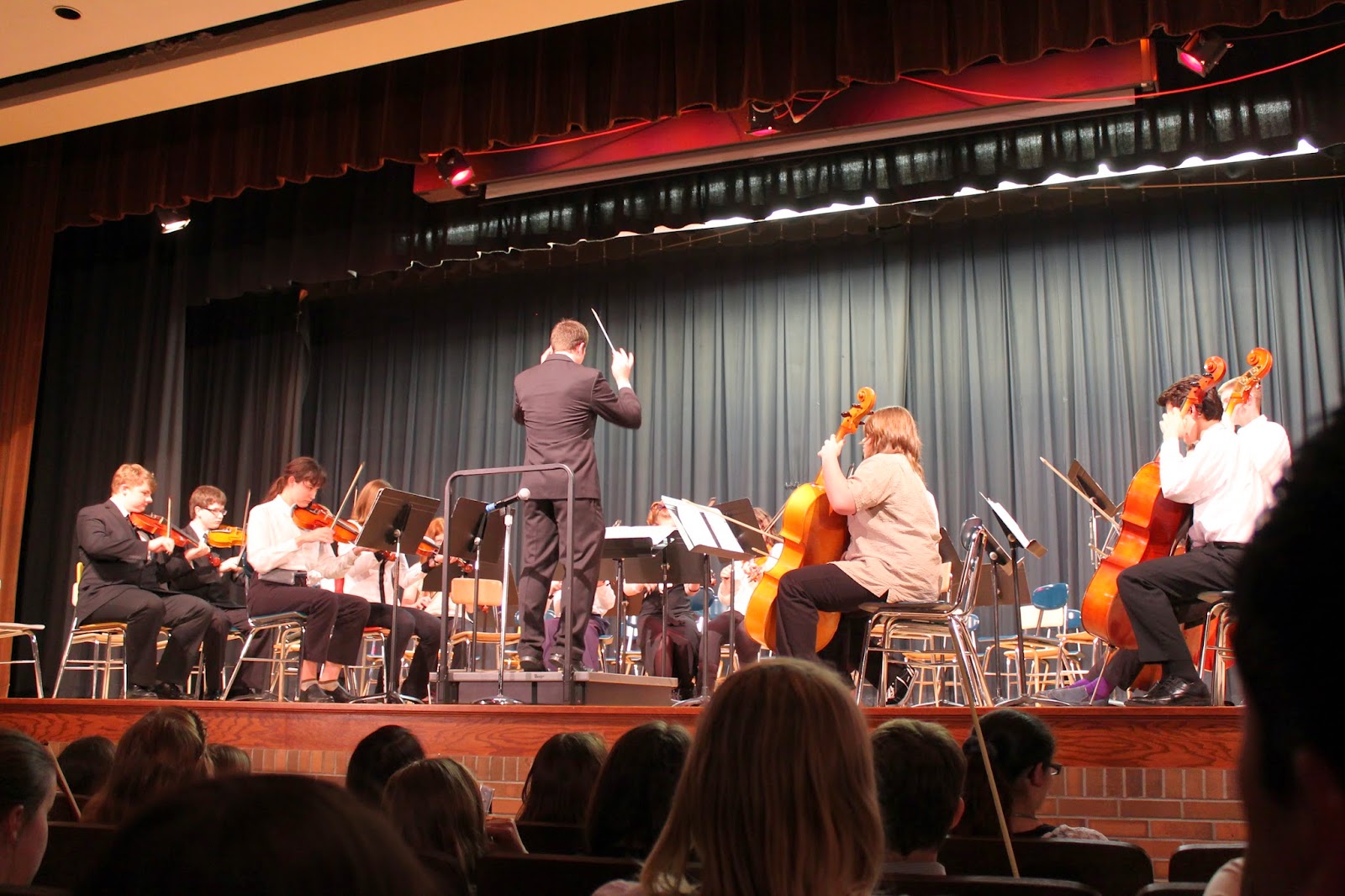 The evening started when we all met from our different directions at the local burger joint.  Kim’s parents joined us, so they could be in on the evening’s festivities as well.  I left early to drop off Lauren at Not Bad President Elementary – so she could rehearse for her band concert – and then drop off Tabitha at Home Campus for her Youth Orchestra concert.  While she waited for her rehearsal to start she could hang out with the 4H Drama group, who had a rehearsal of their own going on just downstairs from there.

The grown-ups met up again at NBPE.

This was also the night of the NBPE Art Show.  Lauren only had one piece up this year, and eventually we found it and were duly impressed. 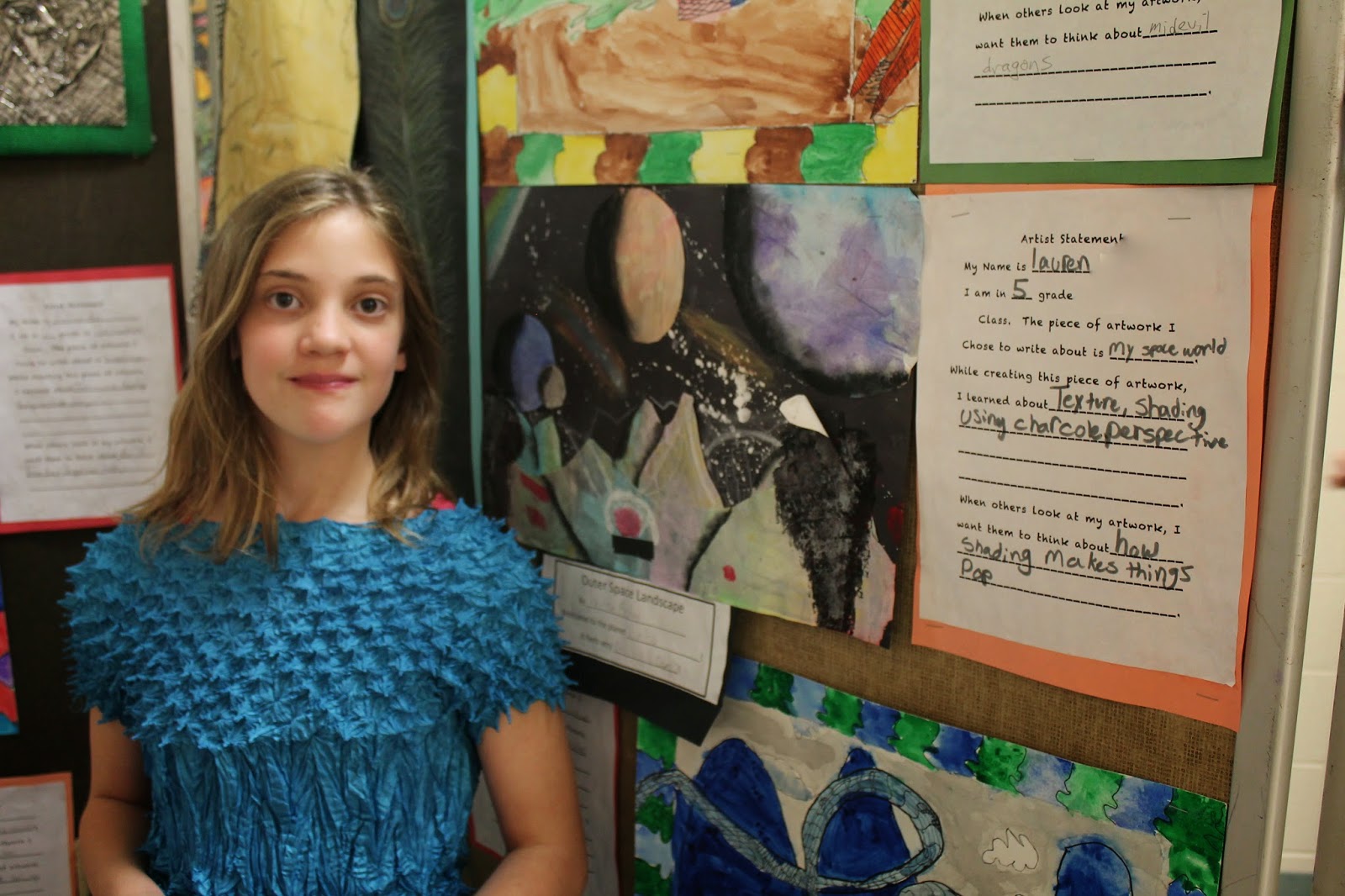 But the main point of the evening was the music, so we made our way to the gym for the concert.

It was a lovely show, with the band members giving it their all and the music coming out just fine. 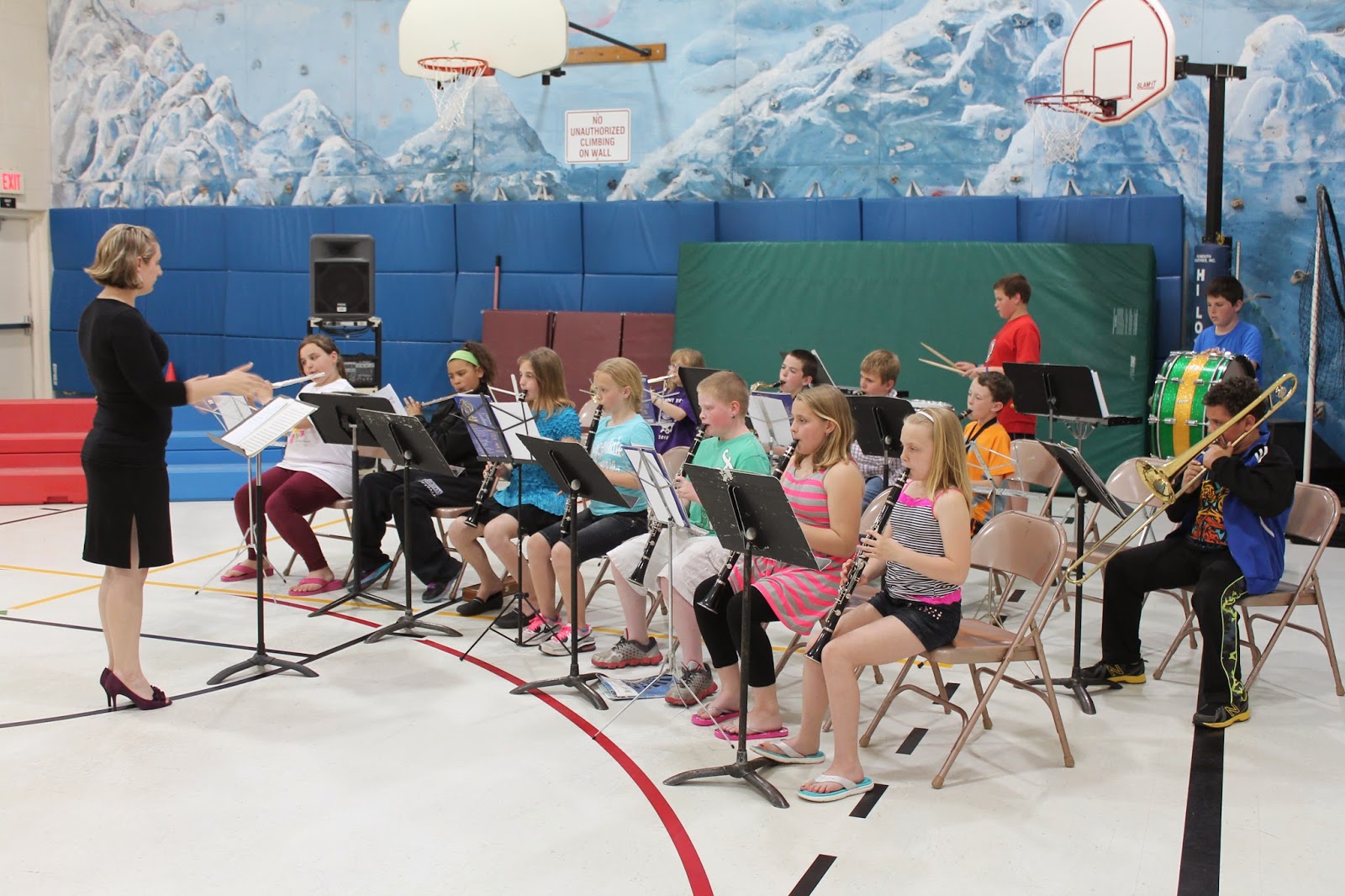 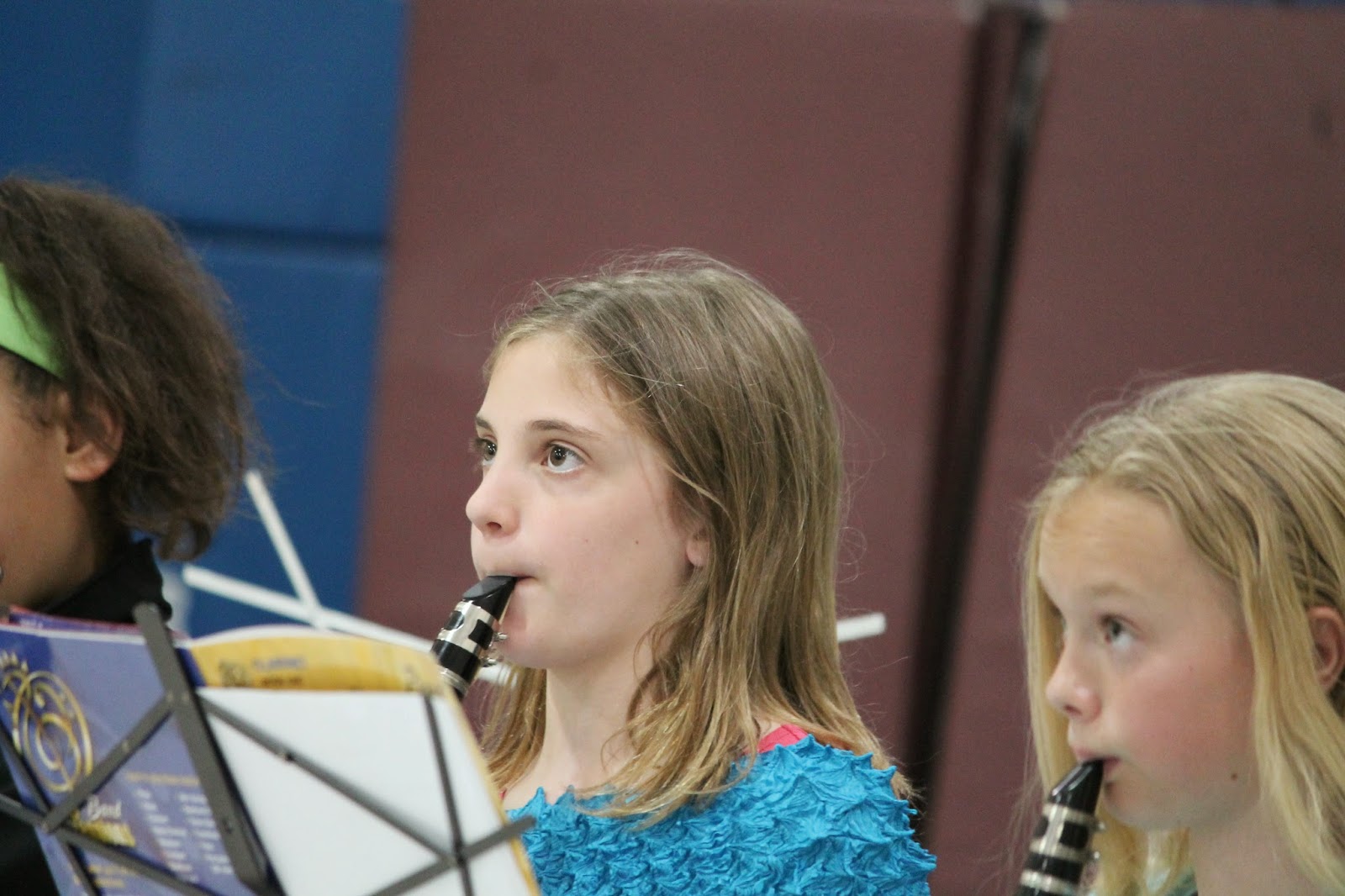 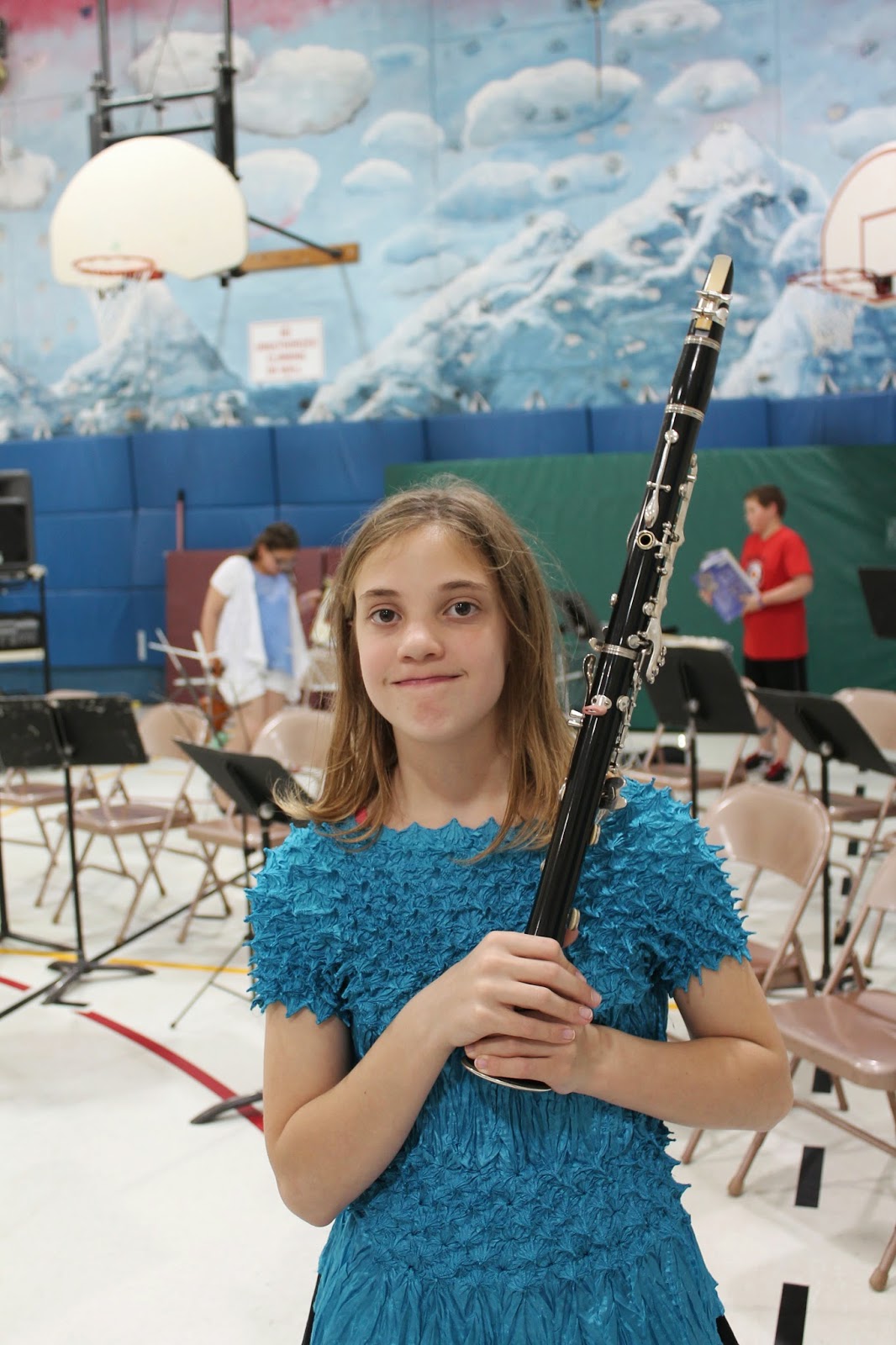 Pay attention to the sign under the basketball hoop in that group picture.  It’s good advice for life.

The nice thing about elementary band concerts is that they are short – there were five pieces of music, each one roughly 90 seconds long – so we had plenty of time to scoop everyone up and head over to Home Campus for the next round.  Lauren disappeared into the 4H Drama rehearsal – she had a number of important lines in that show, and with that production only days away it was good to get a few more repetitions under her belt – and the grown-ups filed into the auditorium for Tabitha’s concert. 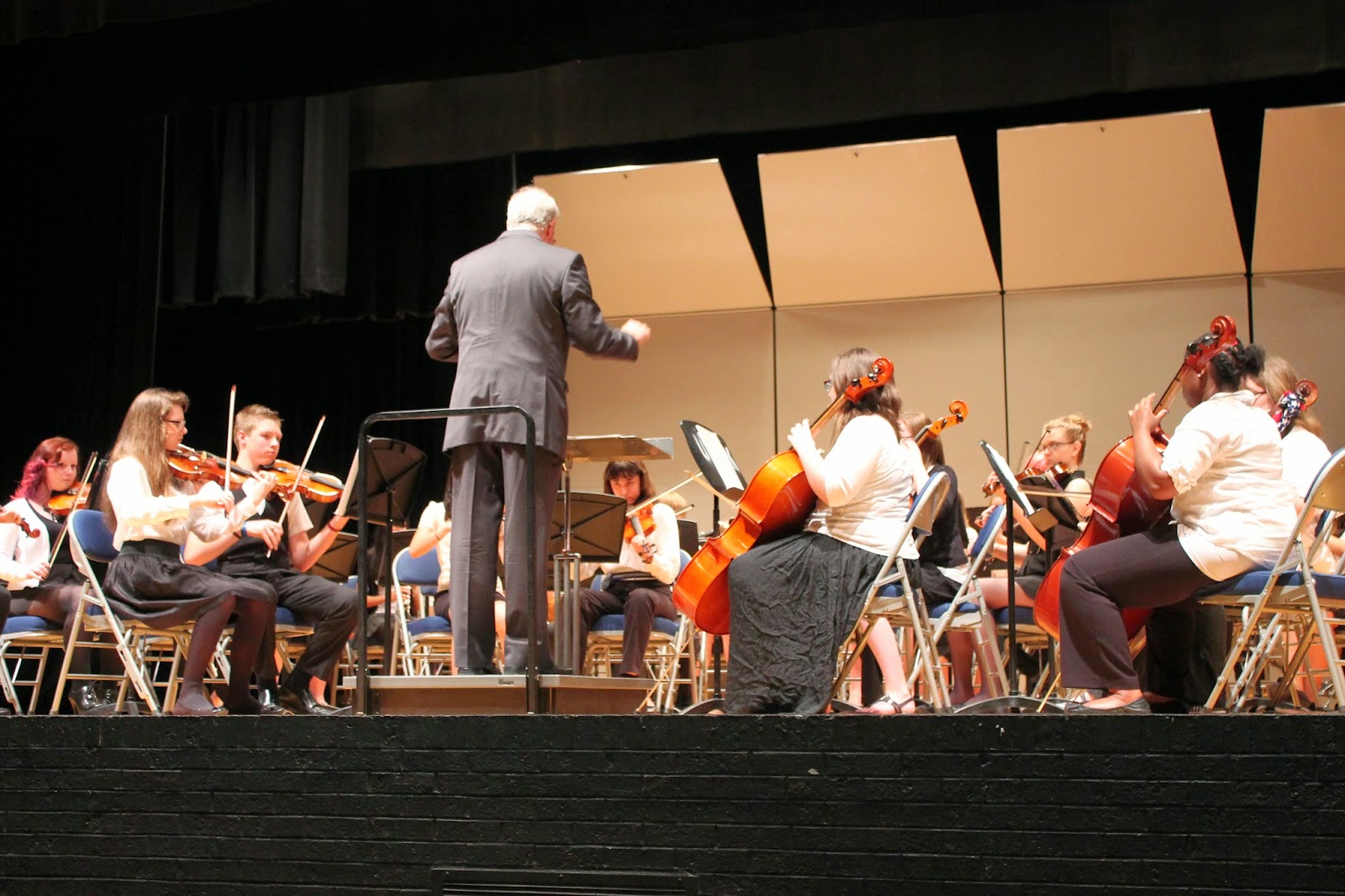 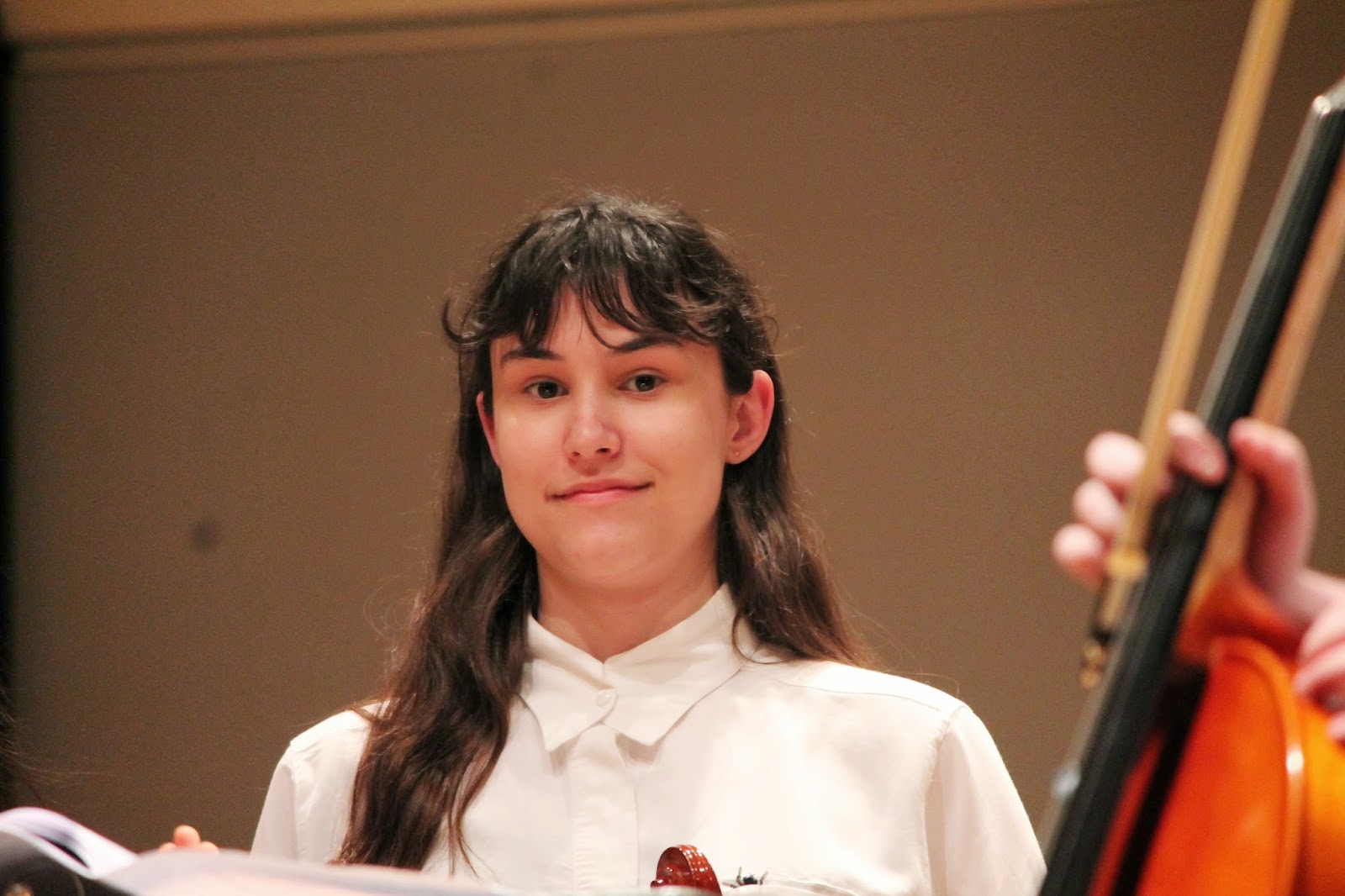 They play more ambitious pieces at this level – this is a community orchestra, open to anyone between 6th grade and the grave – and Tabitha has really enjoyed the various pieces they’ve played.  She's been particularly happy with the various Beatles medleys that they've done.  It's interesting to know that the Beatles are now considered classical music.

If you look carefully at the close-up, you can see Gus the Fly peeking out from her pocket.  It’s always nice to have a mascot.