Apparently I’m behind on my Throwback Thursday posts, since I missed last week entirely and didn’t actually write up a post about the one from two weeks ago at all.

Hey – it’s that time of the semester.

Lauren has always been a creative and busy sort of person, even when she was very young.  She's always had projects going, schemes simmering in the background, plans for us to carry out.  And in a house like ours, which is pretty much full of all kinds of random objects, that sort of disposition can lead to all sorts of strange situations.

When she was two and a half, she stumbled into a cache of old make-up that Kim had squirreled away somewhere.  One of the many things I love about my wife is that she is not a big make-up wearer, so there is no telling how old this stuff was.  It was just there.

At a level accessible to toddlers.

There was no way that could end well.

But there are things you just do as a parent, and one of them is that when your two-year-old comes up to you with a bag full of colorants and a bright smile, you just sit there and let her have at it.  Even if you do end up looking like GI Barbie at the end of the day. 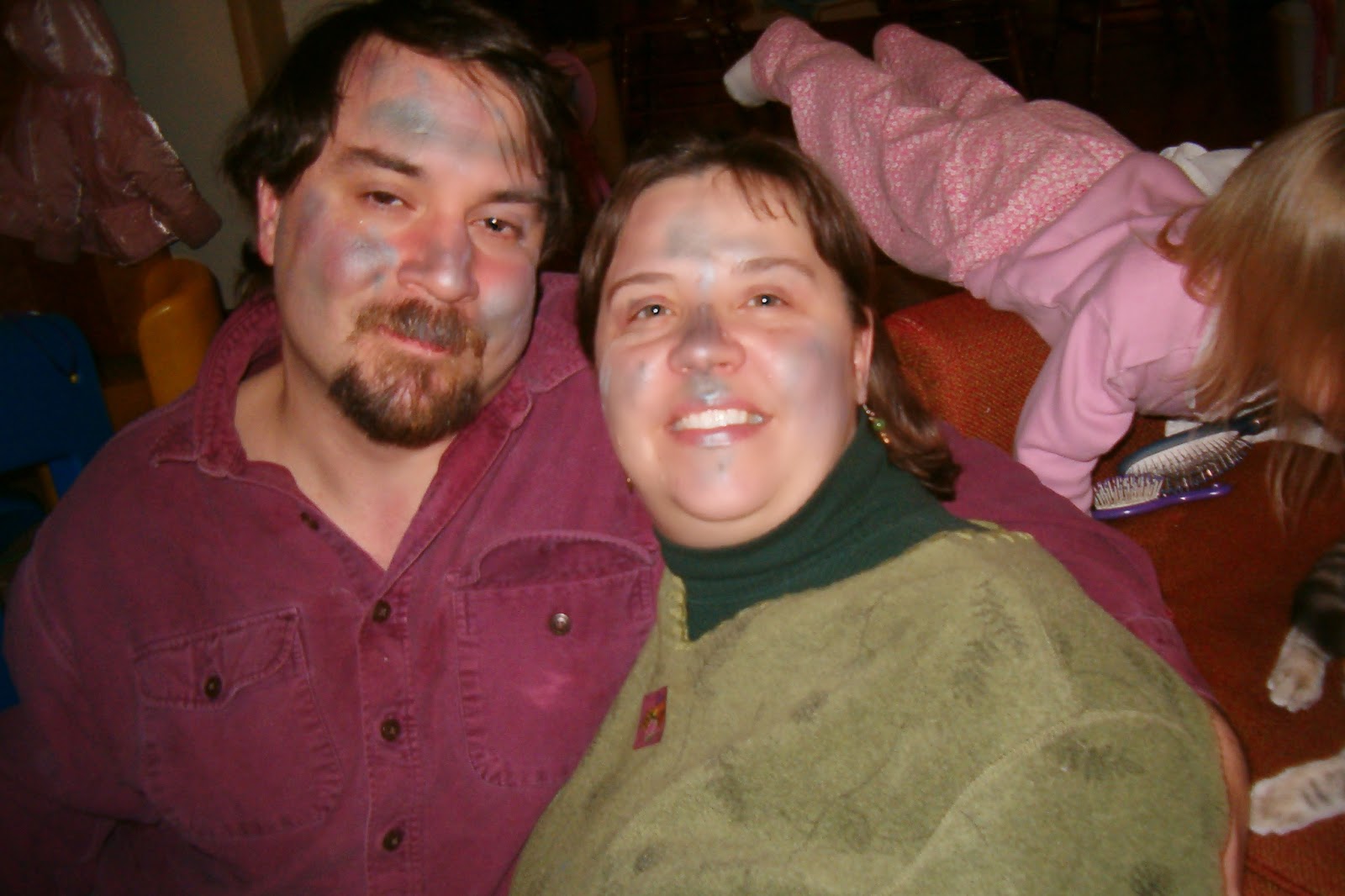 That’s the artist over there on the top right.  She’s moved on to other projects by this point, apparently involving the cat.  I don’t recall off the top of my head whether those involved make-up as well, or whether there was a new slant on things to keep her busy.  You’d think I’d remember if she went Full Princess Makeover on the cat, but then there are a lot of things that you just let slide right through your memory and out the other side when you’re a parent.  It's cheaper than therapy that way, and less painful than alcoholism.

I will admit that after this photo was taken we found a more secure place to put the make-up, though.
Posted by David at 7:05 PM

I doubt very much that she did a full princess makeover on a cat, or you'd have memories of that, involving scratches, scarring, and crying. That is, unless you have an incredibly mellow cat.