1. Lauren has written what she regards as the perfect country song.  It mentions pickup trucks, dogs, jail, red Solo cups, and momma, and she sings it in a drawl designed to showcase her generally low opinion of the intelligence of those who produce and consume country music.  I’m not sure where she comes by this opinion, really, as I find most country music to be unobjectionable most of the time and Kim actually likes it.  But there you have it.  Ask her, and she will sing it for you.

2. It has been quite the week here in Our Little Town.  Kim spent Thursday through Saturday up in northern Wisconsin at her department meeting, which left me here to mind the fort.  Naturally, it was an Event-filled three days, because we don’t have quiet days anymore.  I am continually amazed at the fortitude of single parents, who do this sort of thing on a continuing basis.  It’s hard enough with two parents sharing the load.  Getting everything two kids need to happen done while simultaneously getting your own work done, getting meals prepared, getting any sleep whatsoever, and not going completely bug-eyed insane is a whole other project entirely.

3. Thursday night was the Big String Thing here in Our Little Town.  Every year they gather up the string sections of the various school orchestras, clump them together by grade, and have them put on a concert for their parents, friends, and assorted hangers-on.  They used to do this at one of the high school auditoriums, which was a logistical nightmare with all the various orchestras trooping on and off the stage every couple of songs.  But last year some brilliant person got the idea of moving it to the other high school’s basketball court so all of the orchestras could just set up at once and play their bits sequentially.  Genius!  We sat up in the bleachers and enjoyed the show thoroughly.  Tabitha’s 8th-grade orchestra did a very nice job, and she was justifiably pleased with herself and her classmates. 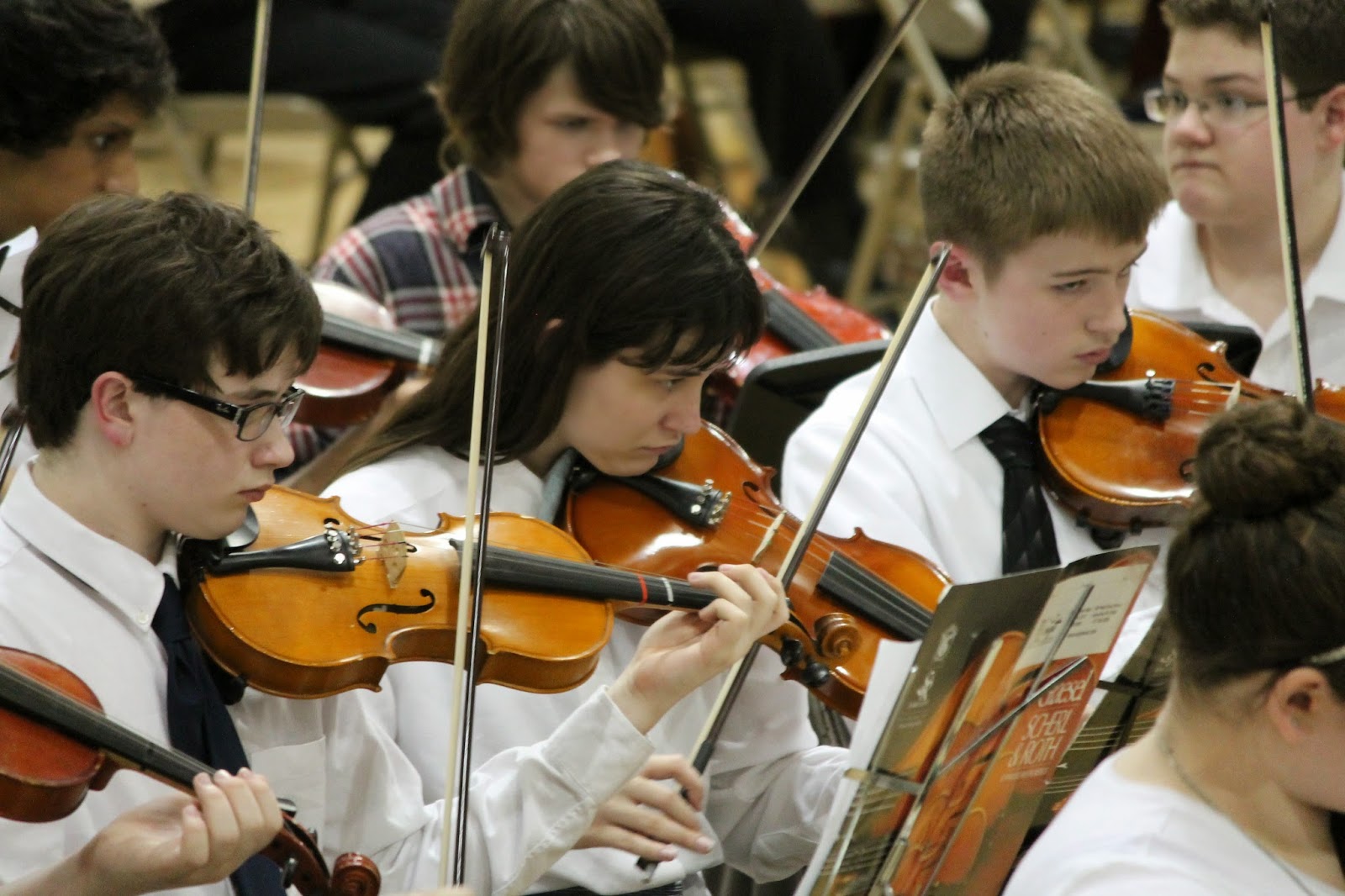 4. The one thing that they do need to resolve with the new Big String Thing format is getting the various orchestra leaders some sound equipment.  Each orchestra – 5th grade, 6th grade, 7th grade, 8th grade, and high schoolers – has its own conductor, and for some reason each of them felt obligated to give a short introduction before their pieces.  From my perspective up in the nosebleed seats of a high school gymnasium filled with about 500 people all told, what I saw was a distant figure step forward, begin waving their arms in our general direction, open their mouth and say, “                   “.   This was, it must be admitted, not very useful.

5. Saturday was the Pre-Fair Cat Show, the 4H’s annual rediscovery of just what it is like to stuff 45 unhappy cats into a steel-and-concrete quonset hut of a building with about that many children and no sound-dampening qualities whatsoever.  Hint: it’s loud.  But Midgie did not freak completely, and for placing in the top twenty cats she earned Tabitha a copper medal the size of a baseball, strung on a traffic-cone-orange ribbon.  Tabitha also got a ribbon for cage decoration, which is pretty impressive considering that she had not actually signed up for that contest. 6. I spent the show manning the food booth.  Three of us usually do most of the actual show-day stuff, but this year we discovered – on Wednesday – that we were in fact in charge of the whole thing.  So I spent a frantic Friday raiding the local MegaMart for supplies.  Surprisingly, there were still things left for me after my colleagues had completed similar missions.  But it all went well.  We served all sorts of moderately lethal food, made a pile of money for the 4H, and perhaps next year we will figure out how to price things accurately.

7.  You would be surprised at how quickly simple food-related questions devolve into philosophical discussions.  We ran the food booth pretty much the way Taco Bell runs, with a small set of ingredients that we could recombine into an impressive array of meals (one of my favorite Onion headlines ever: “Taco Bell Figures Out New Way to Arrange Same Seven Ingredients”).  We had hot dogs.  We had chili.  We had nachos.  We had chili dogs.  We had chili cheese dogs.  And we had either chili nachos or chili cheese nachos.  But “chili cheese nachos” is redundant, isn’t it?  Don’t nachos, by definition, have cheese?  Can you even call them nachos if they don’t have cheese?  What is the quintessence of “nachos”?  Surely there is a cheese element there.  It can get pretty existential, back there in the food booth.

9. I thought I would take this moment to type out the phrase, “Governor Teabagger (a wholly owned subsidiary of Koch Industries),” just to give the fine folks at the social media tracking site moreover.com something to do tomorrow.  Hi guys!

10. Whoever approved the design of South Dakota’s entry into the recent “tourist attraction” series of quarters is an idiot.  Oh, I can see what they were aiming for – a nicely artistic angle to give a new look to Mount Rushmore.  The monument has been done so many times, after all.  A new angle would be good.  But this?  Seriously?  It’s just a love song to Jefferson’s nose. 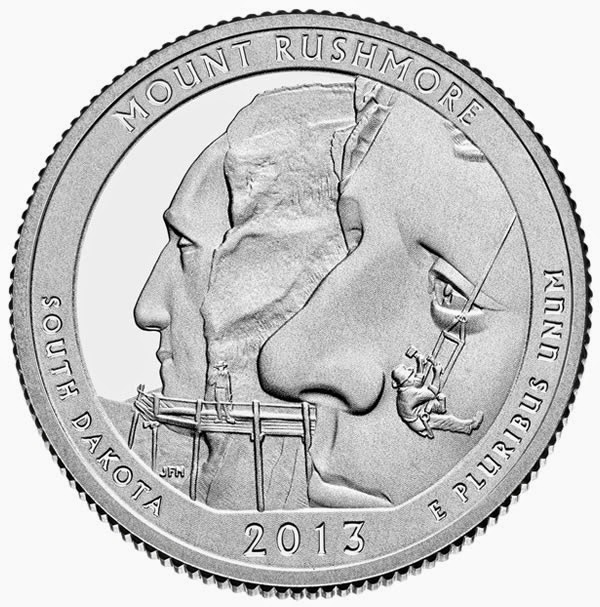 The first time I saw the SD Rushmore quarter, I thought something went splat on T.J's nose. A gigantic pterodactyl poo? An albatross collision? It took some imagination to get to "little man on swing."

When a fifth-grader riffs on David Allen Coe, you've got yourself some solid gold there.