There are seven chickens in my living room, much to the consternation of the cats.

They are little chickens, small enough to skirt the chicken ban put in place by the Powers That Be here in Our Little Town.  When they get big enough we will take them out to our friend’s farm and they can grow up to be, well, bigger chickens.

That’s pretty much it for chickens, really.

It’s not like they will produce art or literature.  They will build no lasting monuments.  They will leave few traces.

Because these are 4H chickens, destined for the County Fair, where ribbons are awarded in abundance.  Lauren has been waiting for this day for months – the day her chickens come home to roost.  Some day we will explain this metaphor in full, but today is not that day.

I spent this morning proctoring ACT exams, a festive occasion of stressed out teenagers and ritualistic readings from the Book of Rules (“Did anyone miss that third time I told you to turn off your cell phones?  Good!  Thus we proceed to the fourth!”).  While I was there, Kim and Lauren ventured forth to the Great Small Animal Flea Market, held annually not too far from here.  It opens at 7am and we were told that if they got there much later than 7:05 it would be sold out – farmers and 4Hers being rather like garage sale cruisers that way – so they left the house even earlier than I did.

Tabitha enjoyed sleeping in and having the house for herself for a while, as teenagers will.

And when I got home: Chickens!  In my house! 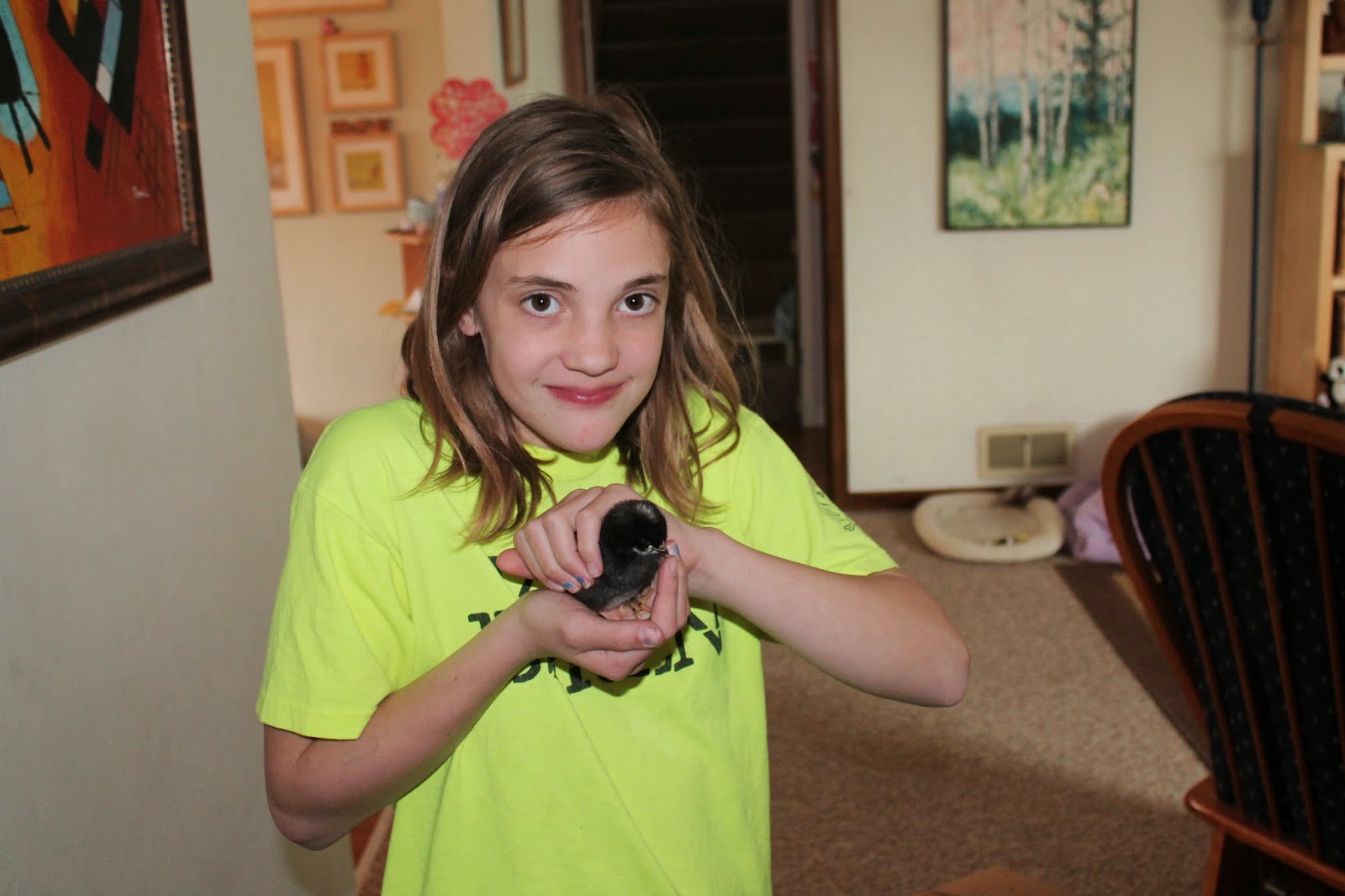 They’re set up in the travel cages that the rabbits usually use to get to the Fair, which are small enough to provide some comfort, large enough to give them space, and sturdy enough to keep the cats from snacking, we hope.

It will be interesting.
Posted by David at 5:27 PM

When I saw the "except" about them leaving traces, I wasn't thinking ribbons.

I was thinking soup.