Paying No Mind to the Calendar

It was Mental Whiplash Weekend here.

It started on Friday night, when Lauren and the rest of her 5th grade buddies down at Not Bad President Elementary were invited up to Family Fun Night over at Mighty Clever Guy Middle School.  Family Fun Night is the school district’s way of getting the 5th graders ready for middle school next year by having them run around the building in a way that makes it seem less like work than it will next year, when they will not be allowed to run around the building.  You would think that this would just be setting them up for failure, since it is something of a bait and switch tactic.  Having been through this with Tabitha, however, we know that it works like a charm.

So I took Lauren and her friend over, where they met up with another friend.  And then the three of them disappeared.

Fortunately, I was ready for this.  I packed my book, picked a comfortable place to sit, and settled in for the night.  The fact that I ran into a friend and chatted for a while was just a bonus.

Eventually the girls reappeared.  They had spent the entire evening – 12 degrees Fahrenheit outside, ground covered by foot-thick layer of snow which was in turn covered by half an inch of solid ice – in the MCGMS pool.

Summer in February!  Life is good.

Saturday started with curling – the last of the regularly scheduled curling Saturdays before the season ends.  Next week is the big weekend-long bonspiel and the Sunday after that is another smaller one, but those are special events.  The regular curling sessions are now over.  They had a marvelous time sliding rocks across the ice, because curling is just marvelous that way.

You think you know curling because you pointed and laughed at the Norwegian men’s team’s pants this Olympics?  Think again.

While they were there, we packed.

Kim and the girls had decided to go skiing again this past weekend – a newfound obsession, really – and while there were any number of other things I could have or should have been doing, up to and including singing in a campus event that would have been my first venture back into the world of choirs in over a decade, the fact is that it’s nice to see the girls have so much fun and getting everyone up and ready for skiing is a two-parent operation at the minimum.

We picked them up from the curling sheets, found a quick lunch, and headed up to a different skiing place than the one we went to last time, just a few miles away but with a hotel attached so we could stay the night.

They got suited up, and off they went.

Lauren decided that this time she would try skiing instead of snowboarding, since snowboarding was now old.  She reported that it was much easier to ski, or at least I think that was what she said as she went whizzing by and then took off for parts unknown.  Evidence would suggest that, anyway. 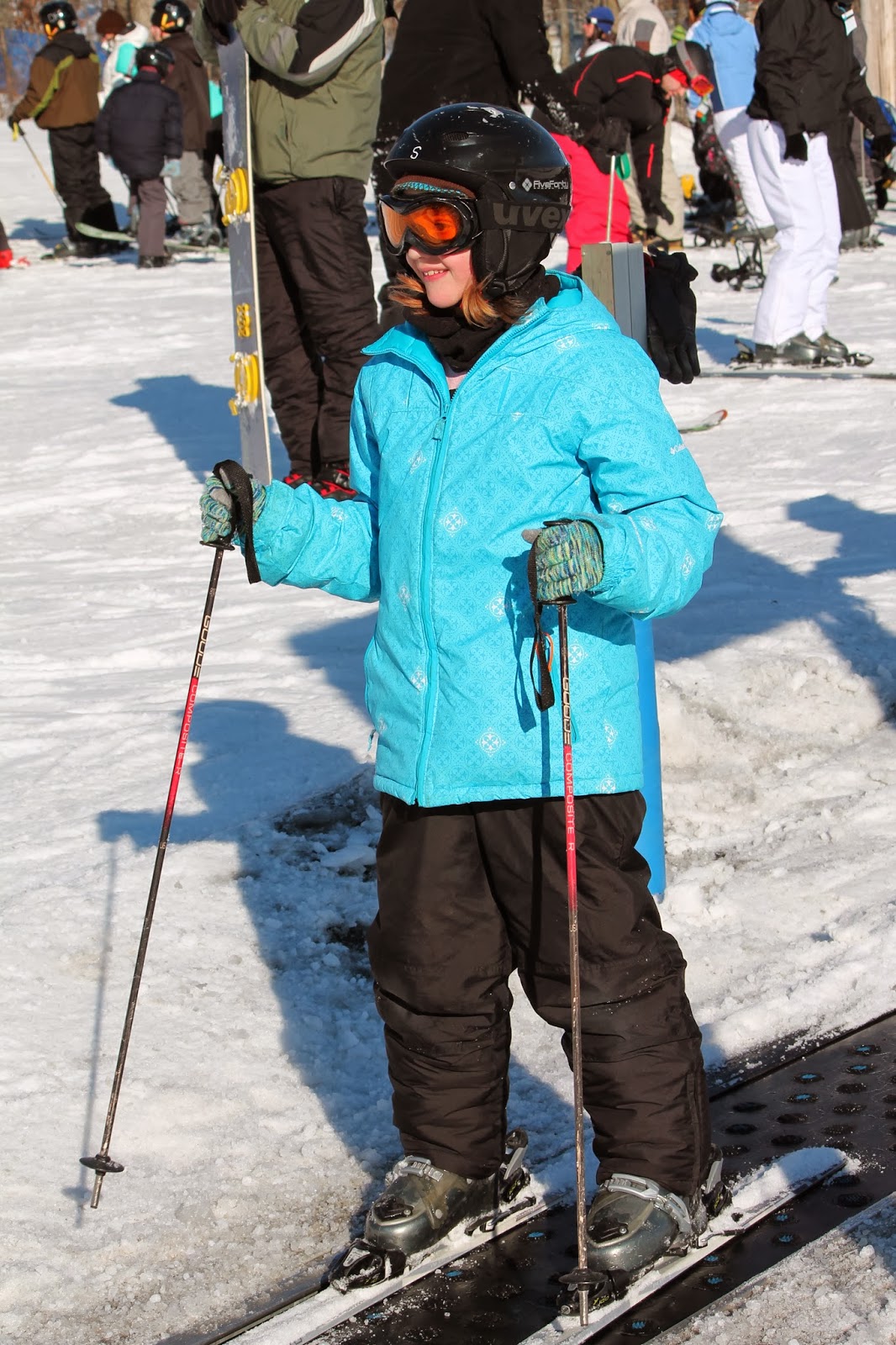 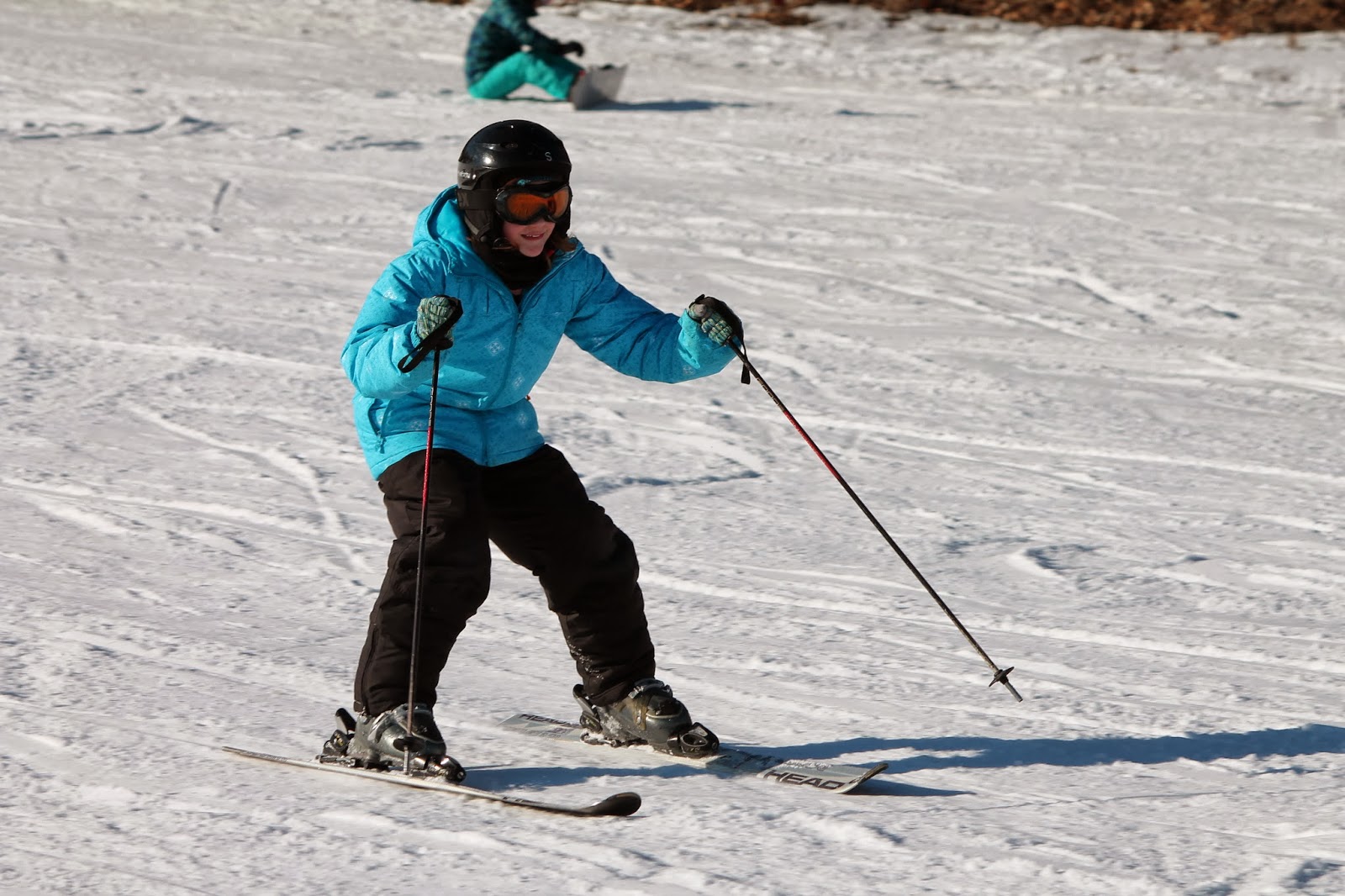 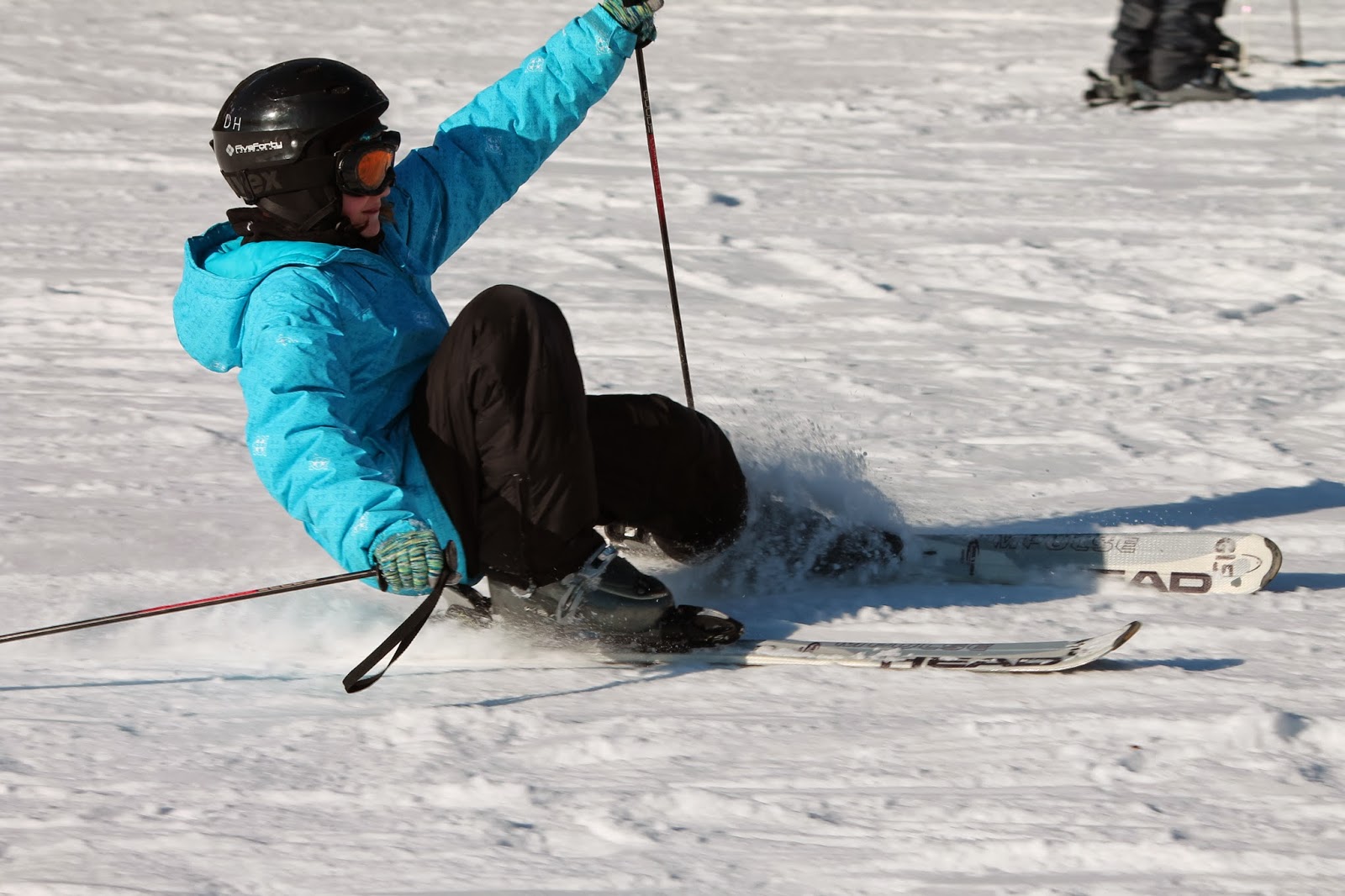 I actually don’t have any photos of Tabitha from this skiing trip because once she got her skis set she disappeared onto the mountain and didn’t reappear until it was too dark to take pictures anymore.  So she had fun.  They all did.  Both girls agreed afterward that given a choice between three days skiing and three days at Disneyworld, they’d ski.  This makes me happy, and not simply because Disneyworld is one of the few family vacations more expensive than a three-day skiing trip and now I don’t actually have to go there.  It’s nice to see them excited about something that involves that kind of strenuous exercise.

For my part, I stayed in the lodge and graded exams, because that’s just the kind of wild man I am.  But it was useful for everyone to have a central meeting point, as they flitted back and forth across the slopes.  So there’s that.

Winter in February!  Life is good.

Sunday morning we woke up at the ski hotel, packed our bags, and headed off to the nearby waterpark to celebrate Grandpa’s birthday.

If you’ve never been to a modern waterpark, well, it’s quite an experience.  They’re huge, loud, hot, humid, and generally a grand time for those inclined to get wet voluntarily.  Lauren disappeared into the mists almost immediately, reappearing from time to time for meals and to get me to go down some of the bigger slides with her.  We warmed ourselves in the hot pool afterward, which felt good.  Tabitha spent some time on the Lazy River, which in this waterpark is called the Active River for some reason, and spent the rest of the time reading, which is how you know she’s my daughter.  Most of the rest of the extended family was there as well, and there was pizza, cake, and ice cream for all. 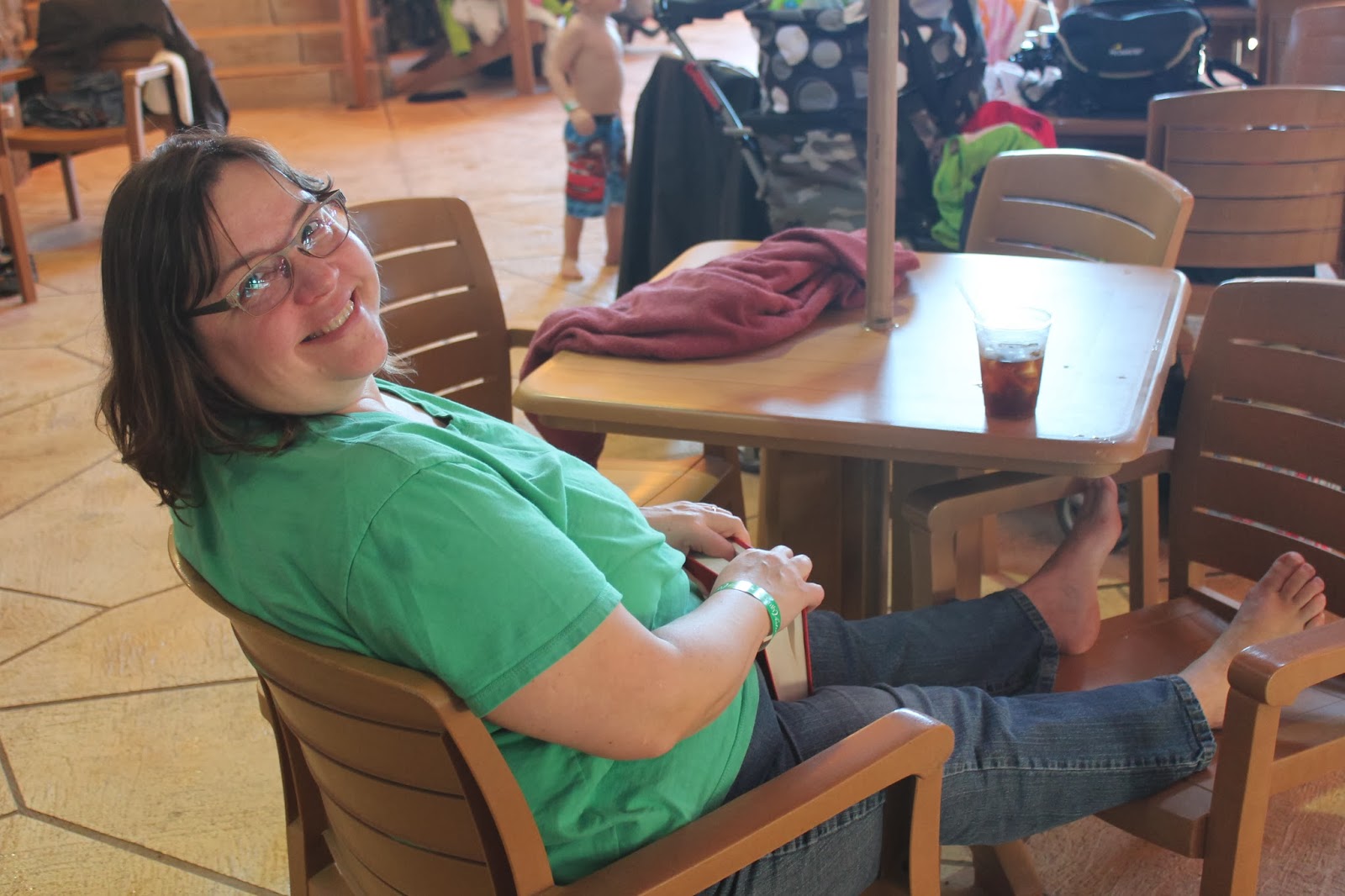 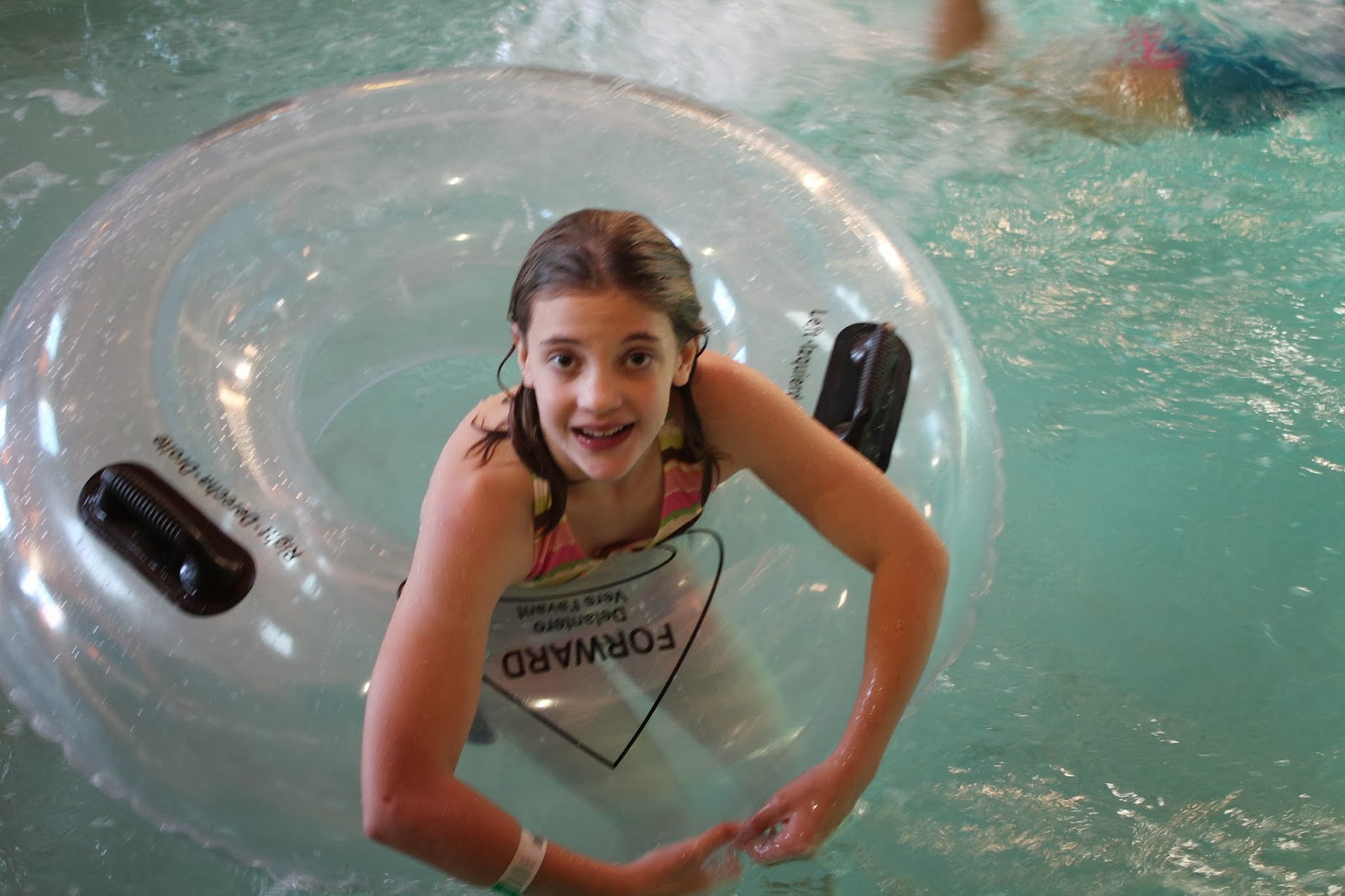 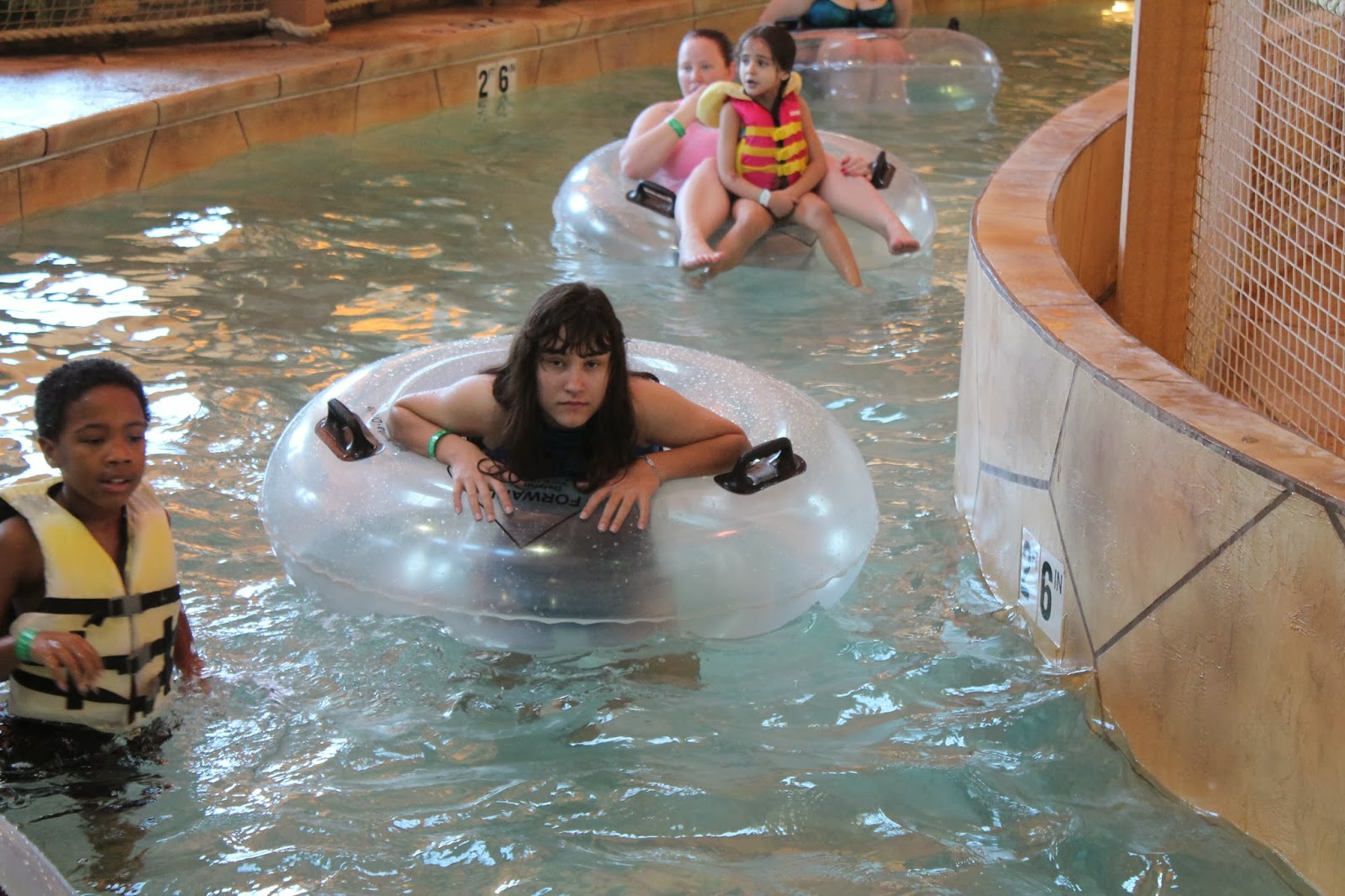 It was a quiet drive back, after all that.  Swimming, curling, skiing, more swimming, all in a single weekend.

Summer in February!  Life is good.

What season is this, anyway?
Posted by David at 8:28 AM