A Few Thoughts on the Current Gun Situation

In a memo that got leaked the other day, the Republican Party outlined its strategy for dealing with the outrage caused by the latest wave of mass shootings.

Does this outline propose any actual solutions to the problem? Does it seek in any conceivable way, however ineffective or symbolic, to find a way to reduce the number of murdered schoolchildren in the US? Does it at least acknowledge that this kind of bloodshed is in any way a problem?

The Republican Party is a death cult and it is perfectly happy to see you die if it means more power and money for them. If you don’t believe me, you can also check out their policies on health care and the recent pandemic.

“Ignore guns, talk about inflation,” the GOP instructs its minions. Run out the clock. Switch the topic. Do anything, say anything to avoid having to acknowledge the fact that the United States routinely guns down its children and the GOP not only refuses to lift a finger to change that but also fanatically refuses to allow anyone else to do anything about it either. This despite the fact that the overwhelming majority of Americans – anywhere from 65 to 90 percent, depending on how you word the question and what specific item is being discussed, which tells you that a lot of gun owners and conservatives are on board this train as well – wants stricter laws regulating guns. This will pass, they say, and then they can go back to business as usual.

So, on that topic, a few items and illustrations of relevant interest for your reading and viewing pleasure.

First, a statistic for you. If you define mass shooting the way the FBI does – any time there are four or more people shot – we have had over 250 mass shootings this year, as of June 5 (156 days). That’s coming up on two a day, for those of you who aren’t good with math. There have been precisely 46 days without one. Some days there have been as many as eight. 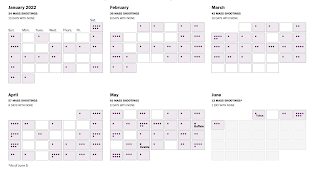 In fact, more school children have been shot to death in American schools this year than the number of police officers who have died on the job. It is literally more dangerous to be a student than a cop in this country.

Ah, but you say, the Second Amendment to the US Constitution says “A well-regulated militia, being necessary to the security of a free state, the right of the people to keep and bear arms shall not be infringed.” And it does say that. Except that this really doesn’t apply here, does it? 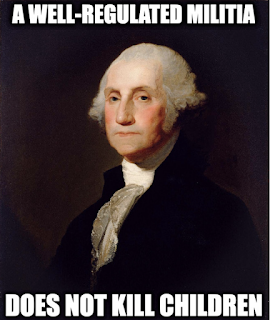 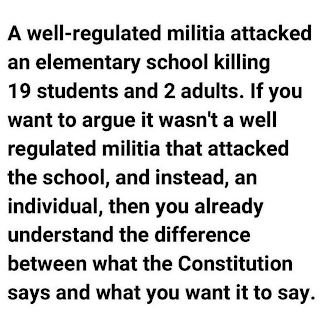 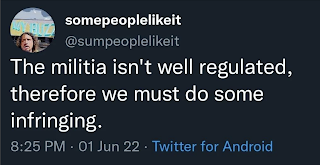 The fact is that this isn’t a well-regulated militia and we as a society need to recognize that fact and come down hard on the idiots who assume it is. Because otherwise we’ll just keep murdering more kids. 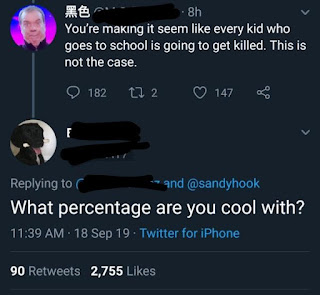 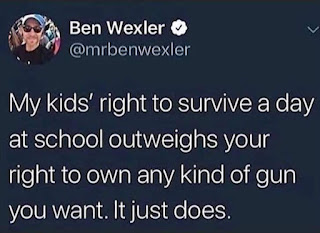 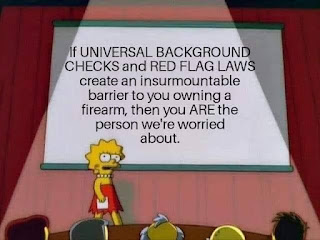 This does not bother the ammosexuals, because they prefer guns to children.

They also prefer to change the subject whenever the issue comes up. This is how you recognize depravity when you see it. 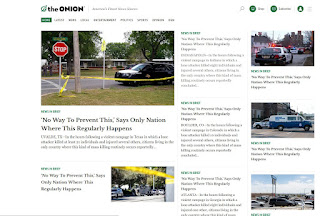 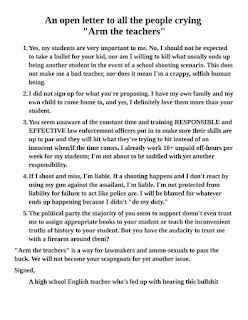 They’ll try to run out the clock. They’ll tell you that nothing can change. They’ll complain that I’m politicizing things in the wake of tragedy (damn fucking straight I am, thank you very goddamn much, and about time too), and they’ll dodge and weave until the next murder festival, whereupon the cycle will repeat. 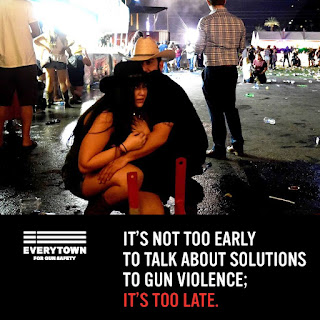 And in the end, I suppose they’ll probably win. They always have. 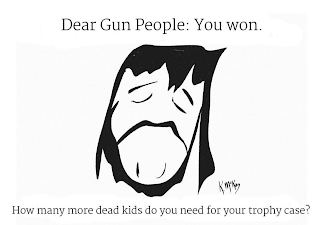 But where there is life there is hope, and where there is hope there is the chance, however small, that this country can rise above its blood-soaked ammosexuals and actually do something to safeguard its citizens from the carnage that every civilized country on earth has already reduced to much lower levels. 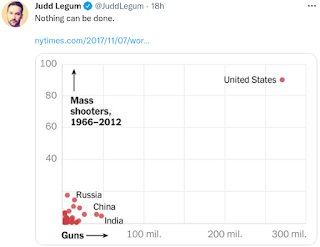 At some point I suppose I’ll get back to regular blogging. But right now there is too much rage and too much evil to be enraged by.
Posted by David at 3:12 PM