It is a sad day here in Our Little Town. Milo, the oldest living rabbit in captivity, has relinquished his title.

I found him this morning when I went out to check on them all. It was a cold night last night, but nothing he hadn’t been through before. It was just his time. Most domestic rabbits live to be around six years old, more or less, but as near as we can tell Milo was almost ten. That’s a good long life for a rabbit.

We didn’t actually ask for him. Lauren wanted to join the 4H Rabbit Project when she was in second grade and we had a friend who had a rabbit she could give us to get us started – a former show bunny named Hazel who had kind of aged out of the 4H Fair but who would be a good introduction for a new rabbiteer. We of course had no rabbit supplies so we quickly went out and bought a whole pile of them, including a used rabbit hutch to put in the back yard.

Milo came with the hutch. Literally. Whoever sold us the hutch delivered it to our driveway while we were out and just left him there inside one of the units.  He was there waiting for us when we got home. When we called them back to see if this was a mistake they said we could keep him. 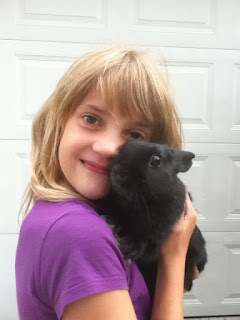 Lauren named him after the lead character in The Phantom Tollbooth, which we were reading at the time.  It has long been one of my favorite books, so I was pleased about that.

He wasn’t a pure-bred show bunny so he couldn’t go to the 4H Fair, but he was by far the friendliest rabbit we’ve ever owned. He probably would have been a good house rabbit if he hadn’t been obsessed with chewing electrical cords and other such hazardous materials.

So we kept him with the other bunnies and he seemed as happy as rabbits get. It’s kind of hard to tell, really.  Rabbits would make great poker players.

He loved dandelion leaves and hopping around in the grass. He would happily sit in your arms and let you pet him for as long as you cared to do so. I don’t recall him ever trying to snap at us the way the other ones would. 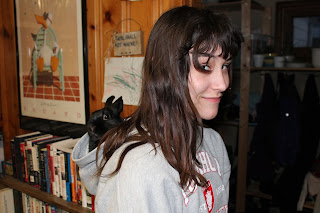 We gave him a quiet burial in the back yard, near Milkshake and all the other animals who have gone to their reward in our care. He was a good bunny. Farewell, Milo. 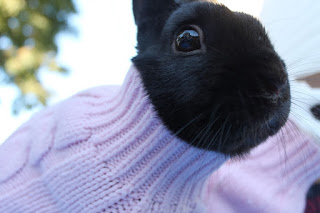