1. Not blogging didn’t help any, so perhaps going back to blogging will.  Or maybe the new normal is what it is no matter whether I blog or not, so I might as well just tell stories to pass the time.  I appreciate the encouragement that people have given me, though.  It’s good to hear.

2. If we decide to sell the eggs that Lauren’s chickens are providing us, we already have a slogan:  “Top-Quality Pizza-Fed Layers!  With just a hint of garlic!”  Seriously, they’re just garbage disposals with feathers.

3. We spent this past weekend at the annual weekend-long junior bonspiel here in Wisconsin,  not far from Mid-Range Campus.  There’s probably a few of those, actually, but this is the one we go to.  It’s a lock-in event, where you take the kids up on Saturday morning and they don’t leave until Sunday afternoon – the organizers (wonderful people, the lot of them) serve hot meals, keep the curling going, and provide supervision at night when the junior curlers are supposedly asleep in their sleeping bags.  Except that they're mostly teenagers, so nobody really sleeps.  There were some tired folks Sunday night.  The curling club here in Our Little Town sent two and a half teams – we joined up with the club in the next town over for a joint team, which says a lot about the general level of sportsmanship in curling.  Tabitha and Lauren were on the same team, and they ended up with a 2-3 record overall, which was good enough for a) second place in their Developmental bracket (and good for a very handsome pin with the host club’s logo on it), b) sixth place among the Developmental teams in general, and c) tenth place overall, out of twenty.  This represents a significant improvement over last year, and that’s always nice to see.  We parents are allowed to sit in the clubhouse and watch the games.  It’s surprisingly engrossing. 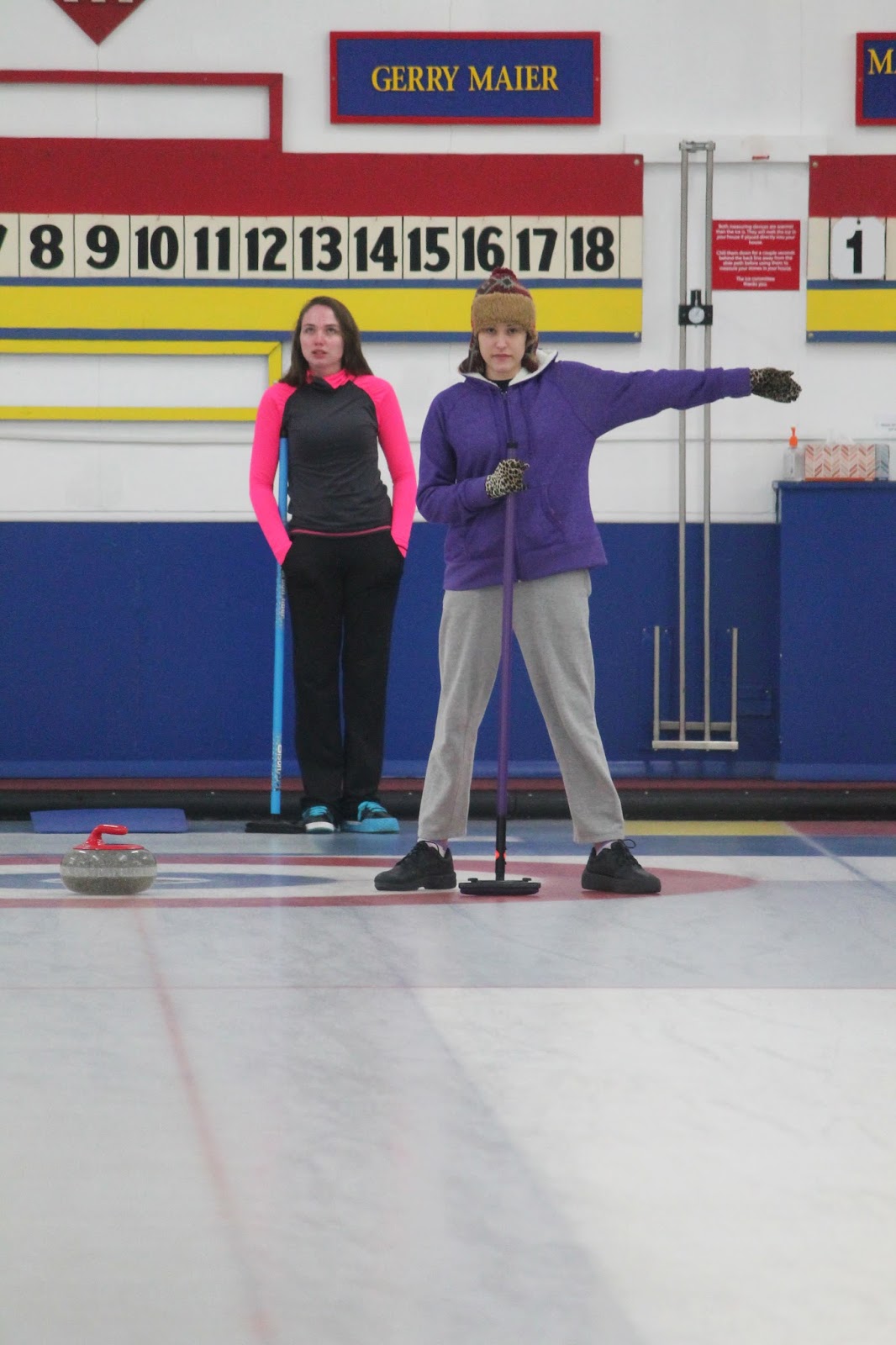 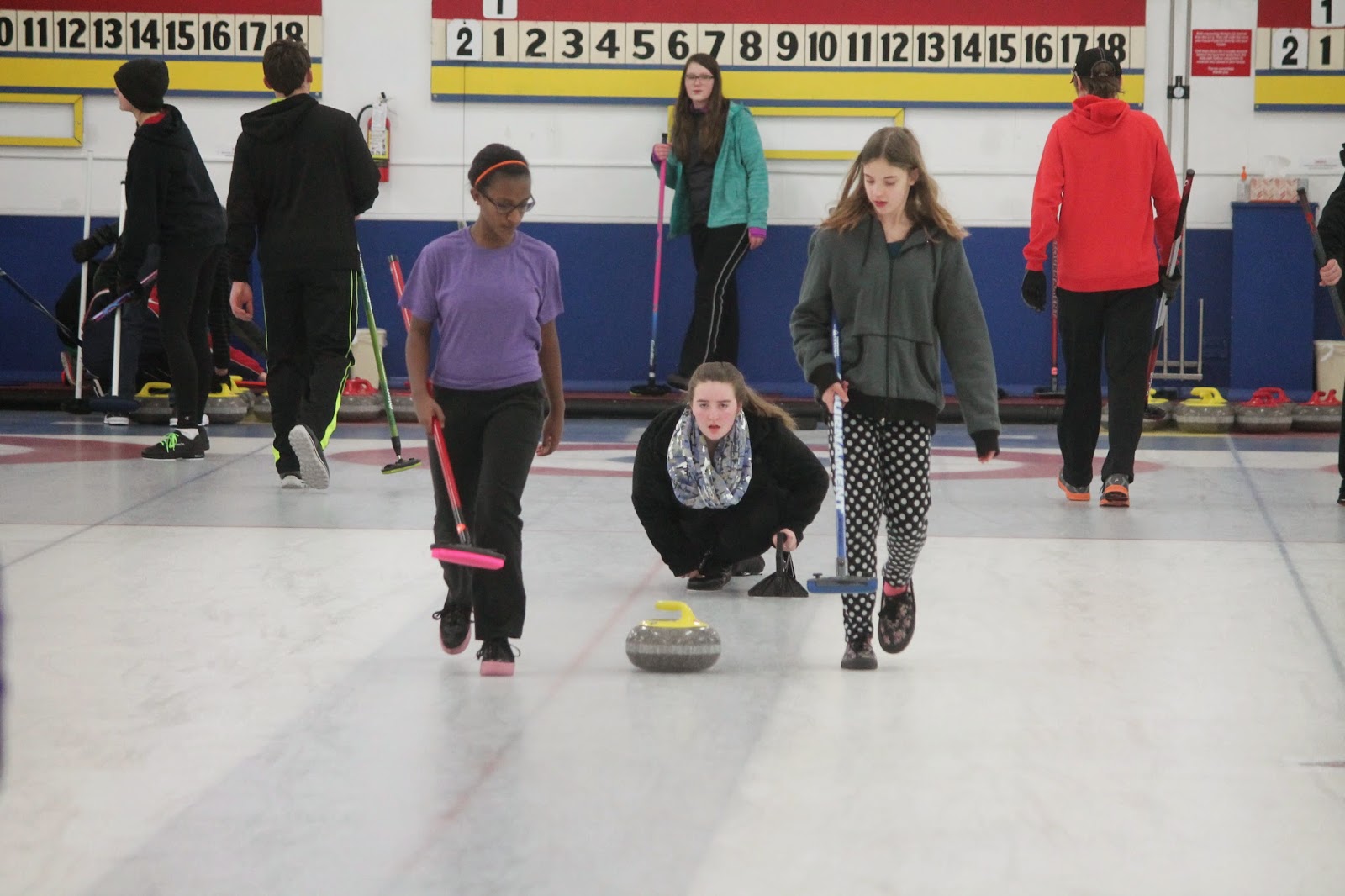 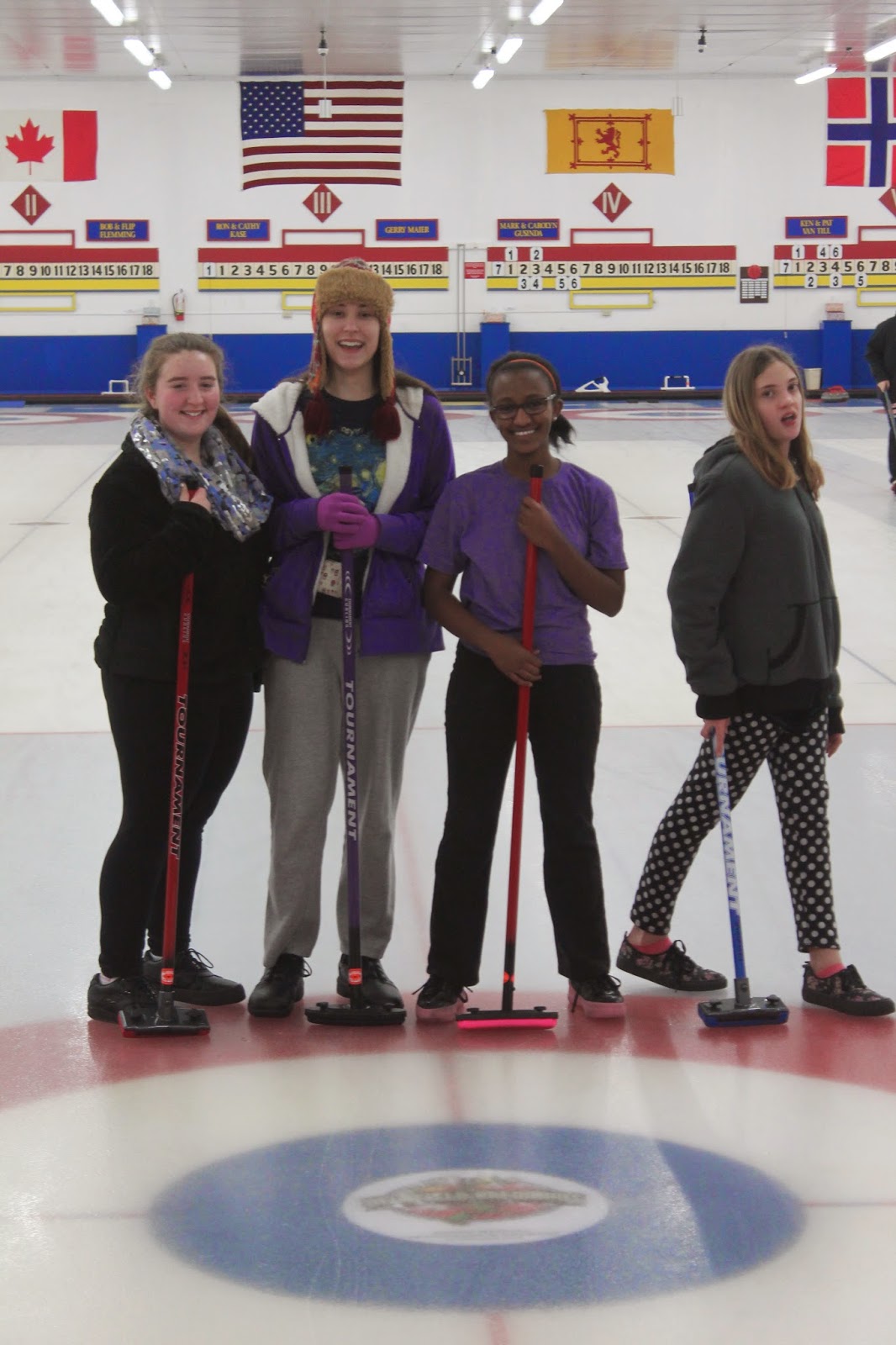 4. The thing I really like about curling is that sportsmanship is pretty much hard-wired into it.  You say “good curling!” to your opponents before and after the match.  You call your own fouls and woe betide anyone who tries to skimp on that.  And afterward you sit with the team you just competed against and eat, drink, and – if this bonspiel is anything to go by – play cards.  You don’t get that in many other sports, really.

5. You know you’re in Wisconsin when the hotel gives you the “curler’s discount.”  No, they don’t ask for proof (vide supra, point 4).  Curlers wouldn’t lie about such things, and nobody else would think to ask.

6. Once again, I made the tactical error of having all four of my classes take exams in the same week.  You’d think I’d learn, but that’s just the way the units break down so that’s how it goes.

7. So Governor Teabagger (a wholly-owned subsidiary of Koch Industries) thinks he can “handle” ISIS – some of the most bloodthirsty barbarians currently defiling the earth – because he “handled” the 100,000+ Wisconsin citizens who protested his right-wing extremism in 2011, does he?  First of all, he did not actually “handle” those protesters – he snuck in and out of the Capitol through a tunnel like the gutless coward that he is.  Second, those protesters were Wisconsin citizens - the people he was supposedly elected to represent, although he’s got the Koch Brothers’ collective fist rammed so far up into his lower intestine working him like a puppet that it’s a wonder he can walk erect - and if he can't tell the difference between peaceful protest and terrorism he has no business being in politics.  Third, he seems to have gotten the impression that those protesters were some kind of violent mob howling for blood, which comes as rather a surprise to me since I was there.  Honestly, I’ve been in rowdier grocery lines.  There were volunteers running through the crowd with garbage bags collecting trash so as to leave the place clean.  There were grandmothers.  There were children – two of whom were mine.  The loudest chants on offer were “This is what democracy looks like” and “Thank you!”, the latter addressed to the Democratic legislators who sought to preserve the dignity of a once-proud state.  Our Sock Puppet Governor really needs to grow up and stop playing with his imaginary friends.

8. Apparently there were Oscars given out.  This implies that people still make movies.  I would not know this from personal experience, much to Kim’s dismay.  What can I say?  I’m boring.

9.  Lauren wishes to let you know that she can successfully cross one eye but not the other.  She feels this deserves an exclamation point, so here it is: !

It's so nice to come here to hear the truth about Governor Teabagger, what with his disgusting poll numbers.

Lee, the sad thing is that I think his supporters know the truth and find it appealing anyway.

Janiece, Lauren was happy to read that. :)