Lining Up the Day

Some days it all more or less lines up, even though it can take a bit of scrambling to make that happen.

We already knew last Thursday was going to be busy.  On top of everything that usually happens on Thursdays around here – classes, meetings, my semi-weekly jaunt up to Not Quite So Far Away Campus, and so on – that was the day of the first concert for the Local Youth Orchestra.

Tabitha signed up for that this year.  She got tired of the violin lessons but not of actually playing the violin, and she decided that joining the LYO was an acceptable compromise.  We thought this was fine.  So for the last few weeks – in between the various colds and flus that have plagued her this semester – Tabitha has been going to rehearsals and trying out the new music, which she says was much more entertaining than the old music.

And then, as I was heading into a meeting up at NQSFAC my phone buzzed.

Normally when that happens it can mean only one of two things.  Most often it means that my cell phone provider has finally decided to forward along a voicemail message – a process which can take up to three weeks from the actual leaving of the message, which means that most of the time I don’t get too worried about checking them in any hurry.  Sometimes it means that someone has tried to text me, and since most people know that I don’t text at all this is also something I don’t worry about checking in any hurry.  It’s almost always the cell phone provider trying to get me to buy more services anyway.

So I went to my meeting, and then retreated to my office to meet with the inevitable flood of students that wash up after you hand back an exam.  “Yes, I know you know that, but I can only grade you on what you wrote.”  “Did you read the study guide?”  “Yes, THAT study guide.”  “The one with the exam stuff on it, yes.”  And so on.  Honestly, sometimes I think I could just write up a checklist of responses and hand it out.

Eventually they all left, so I checked my phone and discovered that it was in fact a text meant for me, and from a dear old friend I have not seen in a while.  Fortunately, she also sent me a Facebook message, which meant that I knew how to respond.  Nadja was coming though Our Little Town that afternoon on her way between states and wondered if we could get together.

So I drove home, frantically Potemkin-ized the house (“it looks good from one angle for 24 hours – don’t stray from the path”) and got ready.

But traffic and weather conspired to make her late and eventually we worked out that she could a) stay overnight, since she still had quite a journey the next day, and b) meet us over at Home Campus for the LYO concert.

Fortunately Nadja is a professional musician, so she was happy to attend.

The concert went very well.  Tabitha and her compatriots marched smartly onto the stage and spent a solid hour entertaining us with good music.  I was quite proud of her, as is only fitting. 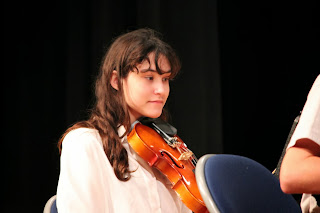 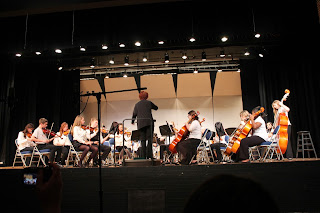 And then we all went home and hung out. 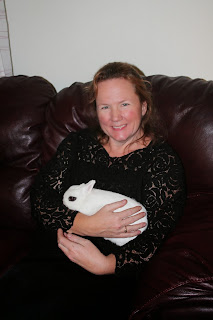