Judge Me By My Fur, Do You?

We spent today at the 4H cat show. It was an experience.

The 4H club the girls belong to is fairly typical of such things in that it offers its members a number of Projects with which to occupy their time. There are drama Projects, photography Projects, and even – for the more rurally-inclined – farm animal Projects. But for anyone who knows Tabitha at all, it should come as no great surprise that she chose to do the cat Project.

And a good thing, too, since we happen to have a couple of those laying about the house, which is not something we could say about farm animals.

Last night we went over to the County Fairgrounds and helped set up the show in one of the buildings – tables, chairs, and an astonishing number of wire cages, mostly – after which we came home, cornered Mithra like a rat in a trap and gave her a bath. 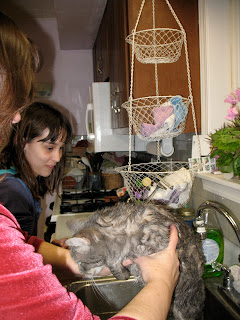 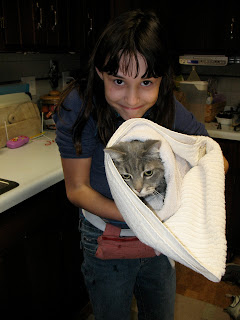 This morning we took our still annoyed cat over to the building and deposited her into her cage, where she plotted ways to exact revenge while the rest of the place got organized. 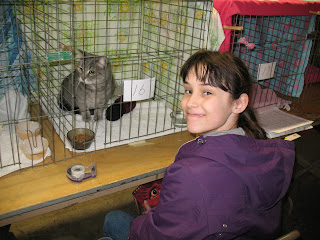 In the next cage over was Madame Lace, Lauren’s stuffed kitty. The younger 4H-ers were allowed to bring their toys in for a separate contest, and they were treated just like the big cats, with judging and everything. 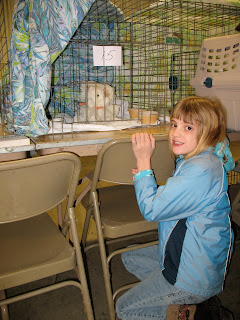 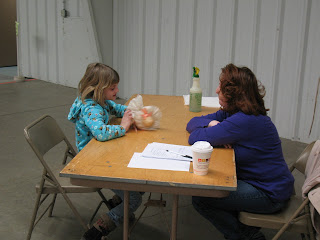 Madame Lace came home with a silver medal, which isn’t bad for a stuffed animal. 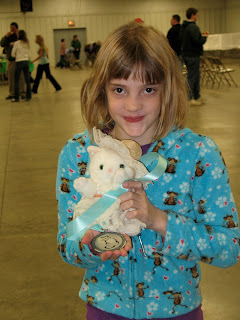 The judging for the actual live cats was rather drawn out – Tabitha had to cart Mithra to three different judging areas over the course of the morning, and at each one the judge would pick her up, maul her up and down and then deposit her back into a cage, whereupon Tabitha would extract her from that cage and put her back into her original cage. 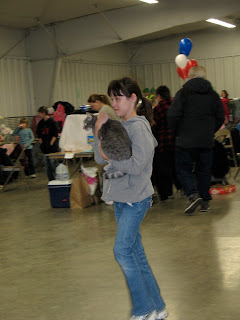 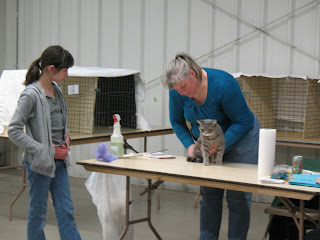 Still, when all was said and done everybody had the same number of fingers and eyes as they did when they woke up that morning, and with that many cats in an enclosed space you have to count that as a victory.

Mithra didn’t win any medals, unfortunately, though she was named “Miss Bashful” and awarded a ribbon. Tabitha handled her quite well, and we just might survive the more serious cat show scheduled for next month. 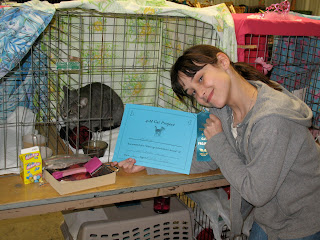