The difference was the other parties.

When we had Lauren’s graduation open house last year we stocked up on burgers, dogs, and – from one of the Mexican restaurants in town – three different kinds of taco meat, and we had no leftovers. We figured for Oliver’s graduation party we should just repeat that menu, but this year we had leftovers. Not that I am complaining about this, mind you. That particular restaurant makes great tacos and we feasted on tacos for some time afterward. I just wasn’t expecting it, that’s all.

Last year there were many graduation open houses going on – it’s a big thing here in Our Little Town, and Lauren basically went from party to party for about a month after she graduated from Local Businessman High School. Her own open house went from sometime in the afternoon to about 10pm, while the events that some of her friends planned for that very same day ended at 8pm, which is why at about 8:20pm there was a sudden influx of teenage boys into our back yard. The phrase “taco eating contest” appeared, as if by magic.

There were no leftovers.

This is just and proper and As It Should Be. The whole point of these things is to celebrate and feed people, because food is love and celebrations should be about both of those things. Also, I was quite happy not to have to put away extra food afterward.

This year, though, we were the only graduation open house going on that I was aware of, since Oliver was graduating from college and his college friends do not live here in Our Little Town. So the group was somewhat smaller and no additional groups came by toward the end of the evening to help out. But between his old high school friends, our friends here, our Swedish friends (who were in town and around whom Oliver very carefully planned the date for this), and Lauren’s friends, we made a valiant effort.

Because this is, after all, something to celebrate.

Oliver worked hard and graduated with honors from Small Liberal Arts College, and we are proud of him.

So there was food. There was conversation. There were three different kinds of cake, all baked by Grandma because we had no oven at the time and our previous go-to bakeries were no longer options, and since our Swedish friend David had also graduated not long ago we decided to have a joint cake as well. There was also a fair amount of running back and forth to the bus station to pick up incoming folks, which is easier to do in Our Little Town than you might imagine. It was worth it. Even with the pandemic at least temporarily in something of a lull (at least as far as mortality goes, thanks to the vaccines) we don’t get to do these sorts of things as much as we used to do and every opportunity should be cherished. 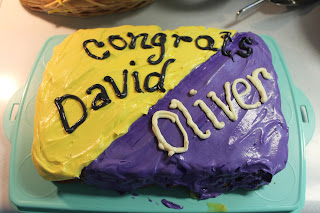 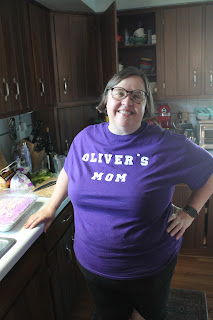 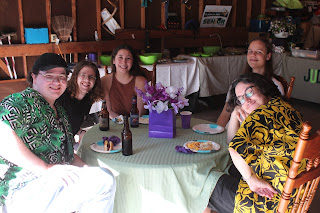 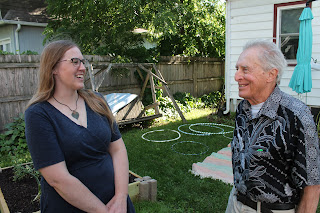 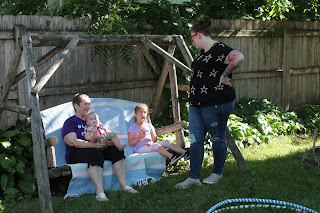 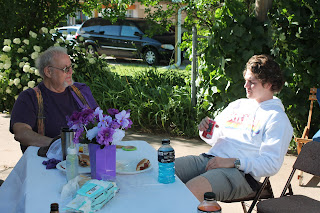 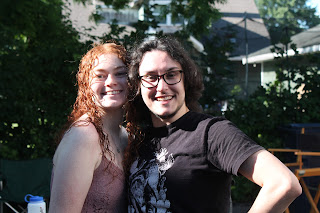 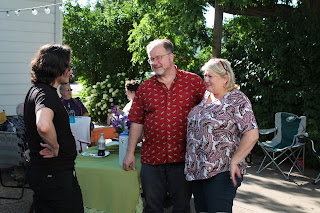 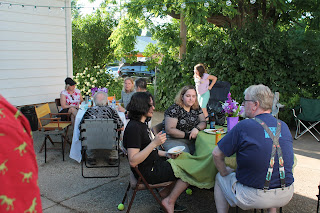 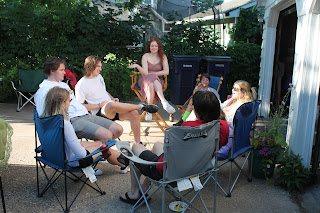 We did steal one idea from SLAC’s graduation and set up a canvas in the back yard with instructions for people to paint whatever they wanted on it. It turned out pretty well, and now we have Art – and, more importantly, Meaningful Art. 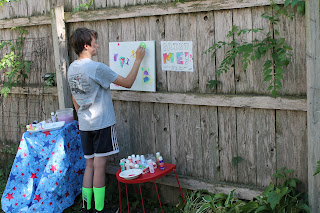 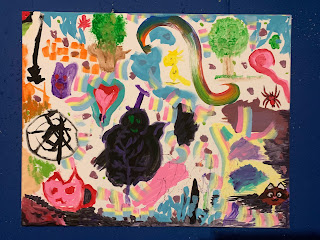 Congratulations, Oliver. I’m proud of you.
Posted by David at 10:48 PM

I strongly assume that you know of Penzey's, living where you do, and their 'cooking as an act of love' approach. Also, pretty sure they're a front for some cause in which I believe, given the ratio of free spices to ones I actually pay for. But in case not somehow, or for readers: penzeys.com

Of course I know Penzey's! I go out of my way to shop there (we have a brick and mortar Penzey's here, and I think they started in Madison or thereabouts?). I heartily second the recommendation - if you have any need for high quality spices and want to work with a company that is actively working for a better future here in the US (their open disdain for our previous unlamented president is beautiful to see), you should definitely go to Penzeys!

I get my "cooking is an act of love" from my Italian heritage, mostly. Yes, lots of other cultures think that way, but that's where I got it from. Penzey's just added to it. :)