1. Tonight is the first evening I’ve had since early March where I wasn’t behind on my grading and frantically trying to take care of everything else that needed to be taken care of before I could even look at my grading. You never say no to anything as an adjunct because they only ever remember the last thing you told them so if you say no to anything they’ll never ask you again, but the flip side of that is that you are forever wondering how much will be too much and I think I found that line this semester. But classes are over, semester work grades are posted, and I won’t have to look at finals until Tuesday morning. It’s a strange feeling, this lack of oppressive weight. I will enjoy it while it lasts, as it won’t last long.

2. Naturally I did what any fun-loving American would do with such a break and I did my taxes. Because not going to jail counts as fun in my book. Every year I have done my taxes – starting with the year I worked part time at a 7/11 – I have had the same exact reaction to the line that says Adjusted Gross Income: “Really? I made HOW much? Where did it go?” I never really get an answer to that.

3. Having my computer crash in the middle of it and having to start over did not help, nor did the fact that TurboTax would not actually let me e-file even though I paid them for the privilege of doing so. Eventually they agreed to refund my money, but I still have to go to the post office tomorrow to mail the damned things. Of course I had to do that anyway – yeah, this whole “refund” thing is just a myth as far as I can tell, so checks will be mailed – so I suppose that’s not the worst thing either.

5. Lauren has been to her first prom, which was a bit underwhelming in the sense that it was outdoors, during the day, with no dancing involved but still: after the last fourteen months that was a gift. This was for the other high school in Our Little Town – she has friends there, and they all went as a group – and she had a good time from what she said, even with the constant gale-force winds. The next one is the one for Local Businessman High School, and there are plans afoot for that one as well. 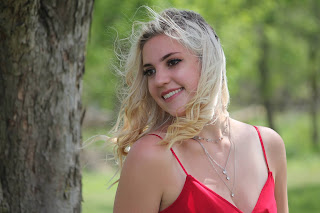 6. There are a lot of plans afoot among the high schoolers in Our Little Town, in fact. We’re smack in the middle of the annual Nerf War these days, an event as near as I can tell involves a Machiavellian amount of scheming, a fever pitch of rules-mongering unequalled outside of a cricket match, and a wholly disproportionate number of naked teenagers running across people’s lawns (since you can’t be sniped in that condition – I don’t make the rules, people) during what has been a rather chilly May here in Wisconsin. I have to say I think I missed out when I was a teenager, as the sheer Godfather-level of planning that goes into some of these hits sounds like an awful lot of fun.

7. Being now fully vaccinated has been a lovely thing in the sense of opening up some opportunities that had been off limits for the last year or so. We spent a lovely evening with Kim’s family last weekend just eating dinner in a CDC-approved sort of way, for example – something we haven’t done since 2019. Plus Kim, Lauren and I went up to Madison the other day and just wandered around State Street, not really doing much of anything in particular except enjoying a night out and watching people pass by. You don’t realize how much you miss these things until they're gone.

8. Of course I ended up pulling my glasses off my face while adjusting my mask at one point in Madison and then stepping on them because of course I did. The lenses are fine and I’ve since managed to torque the frames back into shape more or less so at least they stay on my head now. I suppose it’s getting on time to get my prescription checked and get new glasses anyway – it’s been a while. I don’t know how long because everything prior to March 2020 feels like a hundred years ago and while my back may agree with that estimation I’m fairly sure I’m exaggerating here. Probably.

9. Every day I wake up and think to myself, “I’m so glad we have a grown-up in the White House so I don’t have to think about what new sociopathically stupid catastrophe the previous guy would have introduced overnight.” It’s been genuinely nice. Of course he and his supporters are still working on sociopathically stupid and catastrophic things – a simple glance at the news is all you need to know that – but at least they’re not working from a position of power at the moment. You take your victories where you can find them in this world.