Lauren got her senior pictures back this week.

Everything photography-related happens so much faster than it used to happen.  Back in my day we had small demons trapped inside cameras that were roughly a cubic yard across in order to provide enough room for them to work, and they had to paint the images manually which took some time because they were often drunk and bad-tempered and would intentionally alter the images into obscene parodies of what you were trying to photograph and then you’d have to order them to redo them or be locked in an even smaller room with only Tears For Fears’ “Everybody Wants To Rule The World” for accompaniment, which is considered cruelty these days but was common back then.

We wouldn’t get our pictures back for weeks.  Weeks, I tell you.

Imagine how grateful we were when they invented film.  So much easier!  Although the hordes of drunken demons left unemployed by this were a menace until someone figured out that they would make great comment moderators on news websites without even needing to sober up, which is why the internet is the shining example of civil discourse that it is although it does keep the demons mostly off the streets.  Everything in life is a trade.

And since digital photography came around there’s barely time to register that a photo has been taken before it’s uploaded, downloaded, reloaded, admired, catalogued, and archived.  So much faster now.

To be honest, it’s not just photography.  Everything happens a lot faster than it used to happen when you reach my stage of life.  It seems like January was a hundred years ago, although that could just be the coronavirus and the general effect of having completely lost track of what month it is, so perhaps that’s not the best example.

But senior pictures!  We have them!  A lot of them, since digital makes that easier too.  Three cheers for digital photography, I say.

The way it works here in Our Little Town is that seniors get their portraits done outside of the usual school photo channels.  You find a photographer and have them do a professional shoot, and you can submit whatever photo you want for the yearbook (within reason – nothing advocating any professional sports team other than the Green Bay Packers is acceptable in any high school in Wisconsin, for example).  You also have to get the regular school pictures, mostly for your student ID, but they’re secondary.

Lauren chose the photographer herself, based on how she had photographed one of Lauren’s friends.  She’s relatively new to the business, but she was good to work with and took some fantastic photos.  If you are looking for a photographer here in Our Little Town you should email me and I’ll be happy to send you her contact information.  From what I can gather she will be photographing pretty much all of the Squad this fall. 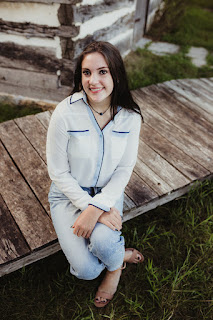 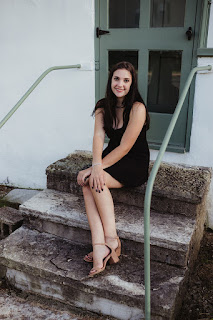 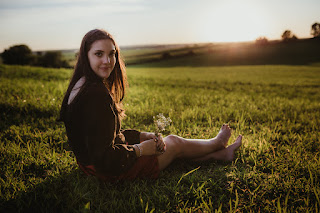 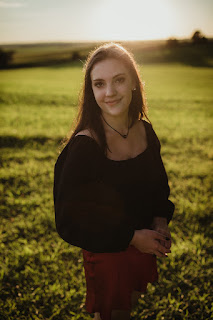 Naturally, Kim and I went along for the shoot, since we were the ones paying for it.  That counts.  Also, we just wanted to be part of it and Lauren was willing to have us along for the ride as long as we stayed sufficiently far away from the actual photography so as not to make things awkward.

It is astonishing to me that my youngest child is going to be a high school senior this year.  I’m not sure how that happened despite me being here for every day since she was born.  You lose track of time.  One day there is this new baby, and then suddenly – BAM! – responsible young adult making decisions and arrangements.

There are any number of really good photos in the folder of them that we got, but for reasons that go beyond the actual photos my favorites are the ones where Lauren asked me and Kim to be in them.  We really weren’t expecting that, as you can probably tell.  That morning I’d given my last lecture in the Atomic Bomb class – the one on how the bomb has permeated American culture since 1945 – and was still in my nuclear coffee shop t-shirt.  But the photoshoot was a lovely thing to be a part of, and I’m glad she asked us. 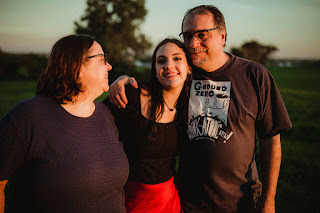 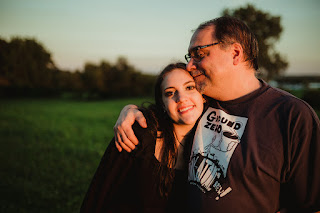 Thor save us all! Another group of Seniors unleashed on society at large! Run! Remember that cover is different from concealment! 😁😷

As are we all. Good luck - no, strike that. Good Skills, Good Decisions. Great Joy. May your future be filled with these.

On that other subject - photography - I'm forced to stick to 35mm B&W film. I do, primarily, high contrast black & white photography and I've not yet found a digital device that is capable of rendering true black. There's always them damn white pixels that you just can't get rid of. Kind of like teenagers.

And, my own darkroom. Getting that film processed commercially is damn-near impossible (or so cost-prohibitive as to make it so).

Off to get the tires rotated at Les Schwab! (Joy of Joys)

I remember processing and printing 35mm b/w film - it's great if you're one of those people, like me, who loves the smell of vinegar. I think a darkroom would be fun to have. Perhaps someday.

I keep thinking I'd like to get more serious about photography, and perhaps someday I will. I'd like to do portrait and figure photography. What do you usually use as subjects? I'd love to see a photo or two!

Primary subject matter includes landscapes, castles, and old abandoned buildings outstanding in their field, or somebody's field anyway, and none of which are all that freaking impressive, but some of which I then use as subject matter for pen & ink drawings, most of which are, and is the primary reason for shooting black & white, to begin with.

Don't have photos of any of those drawings, though I sometimes wish I had been smart enough to do so before I sold them or gave them as gifts.

And my eighth grade English teacher just did three turns in her grave. Shur wud hate to dyagram that furst sentanse! (Second sentence would be a bit of a challenge, too, now that I look at it ...) Grammarly is about to unsubscribe from me!

While I'm here, if I had a vote in this, I would choose that fourth, back-lit photo of Lauren. The one just before the photos with the old guy in 'em.

Yeah, that's one of the best - there are a number of them that I liked.

I have absolutely no artistic talent whatsoever when it comes to drawing, painting, or the like. Artistic talent like that does run in the family, but none of it made it to me. I'm a pretty good photographer, though, and I like to think that counts for something. :)

I confess I have never diagrammed a sentence and probably wouldn't know how. Yet somehow I'm a decent writer. It's just practice, I suppose.