Christmas in the South, Once Again

Tires are the bane of my existence.

As banes go they’re not so bad, I suppose.  But they are something that I use pretty much every day – there is nothing within walking distance of anything in the US anymore – and it creates a constant low-level fog of paranoia every time I step into a car.  It can also make long trips more exciting than they need to be.

The low-pressure tire light came on somewhere in southern Illinois.  We were heading to Tennessee to see my family for Christmas.  Now, this light comes on a lot, which is part of the reason I think about tires as I do.  Most of the time it just means the tire is a pound or two below normal pressure, and the car was handling just fine, so we kept driving and everything seemed okay.  We stopped at a gas station in Kentucky and the driver’s side rear tire did look a bit low, so we filled it up and continued on our way.

We also ran into our friends Todd and Kerri and their kids at that station, because apparently Kentucky is just another suburb of Our Little Town in Wisconsin.  It was really nice to see them.  Hi there!

We made it to the hotel in Chattanooga, checked in, and headed off to see the family.  The next morning the tire was dead and the AAA guy came out for his now-traditional Christmas Eve visit – I was hoping he’d fix it like the last guy did back in 2017 (AAA won’t cover that, though the tow truck guys will sometimes do it for you on the side if you pay them for it) but he just put the donut on.  It worked for the holiday and there was a tire repair place about a hundred yards from the hotel that was open on the 26th, so it all ended well.  We’d run over a nail.  It’s all fixed now, and the store manager and I had a lovely chat about college football and backup hockey goaltenders.  It made sense at the time.

But we did not let this detract from our holiday!  No, no we did not.  The clan does not gather in such numbers very often anymore, so of course we were going to be there and of course we had a good time when we did.  We like spending time with each other, after all.  Everyone was there except Lauren, who remains overseas for the year, but she did call in on the WhatsApp machine and we passed her around so everyone got a chance to say hello.

It was strange not having her with us, but apparently she had a quiet and lovely time with her host family.  She will have a lot of stories to tell.

The first night we all gathered at my aunt and uncle’s house as people drifted in.  Even with our tire woes we didn’t have the most challenging trip – that definitely belonged to my brother and his crew, who ended up being split into two entirely separate flights, having their luggage reassigned to other members of the party, getting to Chattanooga at two widely separated times, and eventually gathering all of their luggage into one place – but we all made it safely.

Christmas Eve is the big holiday on my side of the family – Christmas Day is really for the younger kids and general relaxation – but we fell into a nice little pattern for both.  Kim, Oliver, and I would have breakfast at the hotel and head over to my aunt and uncle’s at some point around lunchish, and then we’d hang out and talk or play games or whatever.  There was a long Phase 10 game at one point that fulfilled my usual results (either I win or I lose, but I’m never in the middle, and this time I brought up the rear), we had a round of the paper telephone game that Oliver taught us a few years back, and Kim brought out a big puzzle that a crew of us worked on over the time we were there.  Eventually there would be a nice meal – much more casual than when I was a kid, because the whole point of the holiday is to spend time with loved ones and nobody wants to be washing dishes instead – and then we’d go back to the previous activities.  There were also gifts.  We had our usual dice game (a process that has expanded as the younger generation has grown up and become part of it) and this year we decided to add a Secret Santa on top of it.  It was a lovely time. 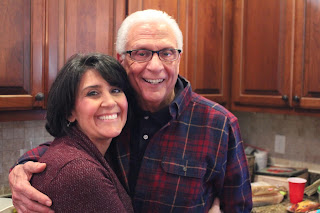 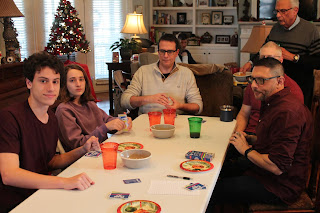 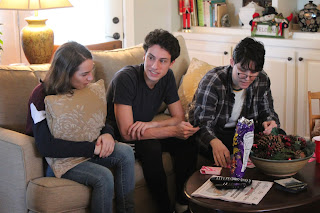 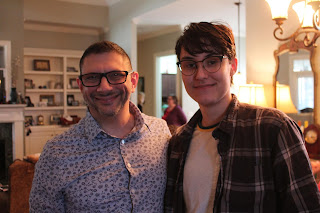 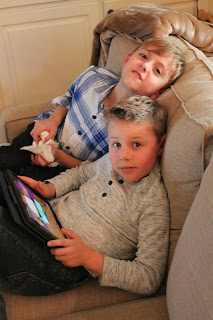 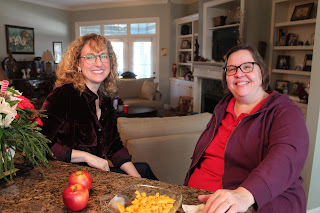 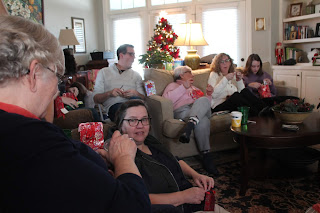 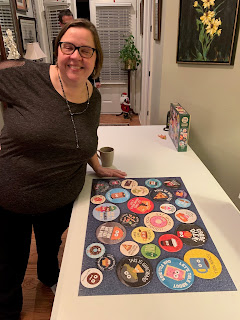 There was food, there was conversation, and there were even a couple of energetic small children – really, what else can you ask of a holiday?

The day after Christmas I woke up early and got the tire fixed, and then the cousins all gathered at a Local Place of Business to kill each other.  Metaphorically.  Mostly. 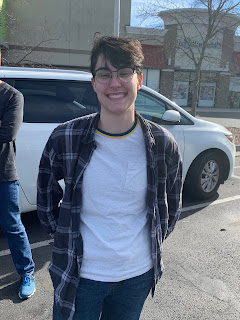 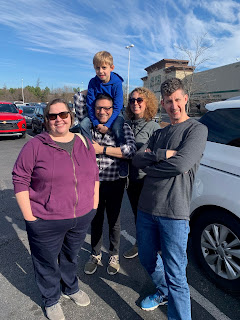 The gist of it is that you get kitted out with a vest and a light-emitting pistol (TWO HANDS ON THE GUN!!) and then they let you into a big room full of nooks and crannies and you spend the next five minutes shooting at each other.

My nephew Josh is a stone cold killer.

Oliver and I had the highest accuracy rate overall, at least on the second round which is the one I remembered to check, but Josh just kept shooting and it’s a small enough room that this turned out to be a good strategy.  I think the younger generation pretty much monopolized the top spots on the results.  The great lesson I got out of it was that in the event of societal collapse and libertarian revenge, I’m pretty much toast.  I’ll just hole up and wait for the end and try to take out as many Mad Max wannabes as I can before I go. 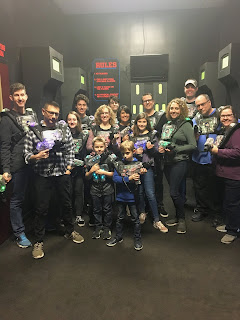 Afterward we walked a few yards over to where they had bowling alleys and the geezers got their revenge.  If the post-apocalyptic wars are fought with bowling balls I might have a chance.

It was an uneventful ride back, on four fully-functional tires.  We didn’t listen to any Christmas music.  I was reminded once again that Illinois is a very, very long and dull state to drive through.  If you ever get a chance to listen to the podcast “Limetown,” it’s worthwhile.  And there is nothing quite like a Waffle House to remind you that you’re in the south.

Merry Christmas, one and all.
Posted by David at 7:08 PM

Please provide rules for the dice game and Phase 10? (Have I asked this previously?? Age...)

The dice game is pretty simple. Everyone gets a budget (we went with $30/person) with which they need to buy two gifts - one reasonably nice thing and one thing that could conceivably qualify as a gag gift. You wrap them both and bring them to the table, where all of the gifts are divided into six piles. There is one die, and if you roll a 3 you take a gift from Pile #3, and so on. You unwrap it immediately so everyone can see and then you pass the die to the next person (the only limit is that you can't choose your own gift). Eventually everyone ends up with two unwrapped gifts in front of them. At that point having two pairs of dice makes things much more fun, though you can get away with just one pair. You set a timer and people take turns rolling each pair of dice. If you get doubles you can forcibly trade with anyone on the table for any gift. When the timer goes off, those are the gifts you take home.

Although honestly, when the timer goes off that's often when the real horse trading happens. It's fun, it's quick, it takes a lot of the stress and expense out of the holiday, and everyone goes home with something.

Phase 10 is a progressive rummy-type card game which you can buy pretty much anywhere such things are sold.

Wikipedia has the rules here but basically you have to make 10 different hands or "phases" (set of 3, run of 4; run of 8; 7 of a color; etc.) in order. If you make your phase you can proceed to the next one, and if not you have to keep trying. Winner is the first person to complete all ten. There's also a way to count points but that's just a tie-breaker.

It's complex and interesting enough to hold your attention but not so complex or interesting that you can't talk and drink at the same time, and that's pretty much my definition of an ideal card game.