Christmas in the North

And so our long Christmas saga has mostly come to an end now, concluding as it should with one more festive celebration of food and family.

On Saturday we went up to Kim’s side of the family to celebrate what we call Ukrainian Christmas, since a) that side of the family is largely Ukrainian in descent, as opposed to the mass of Italians on my side (and parenthetically, am I the only one who thinks that the word for a group of Italians should be a “mass”?  I can’t be), b) the food is all Ukrainian and features wholly unreasonable amounts of delicious, delicious poppy seeds, and c) Christmas in Ukraine is celebrated on the Julian calendar which puts it on Epiphany, and that works out very well when we’ve spent the Gregorian calendar’s Christmas visiting my side of the family.

We haven’t had much snow here in Baja Canada but it has been cold, so we bundled ourselves up and headed on down the road glad in our nice toasty car.  We got there in time to be put to work, which is really part of the fun, I think. 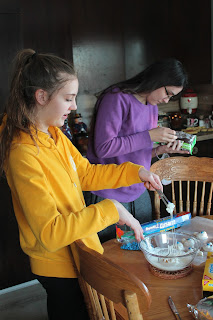 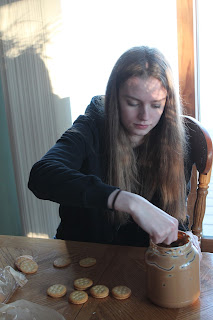 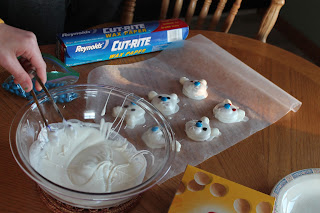 After that there was the milling about that always happens on holidays – the Noshing of the Snacks, the Catching Up With People as they slowly filtered in, and the Generally Not Doing Much Of Anything because it’s a holiday that’s why.  You’re not really supposed to do much productive on holidays, unless you’re cooking of course. 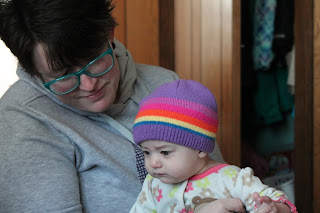 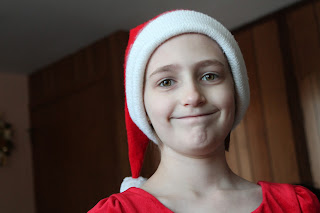 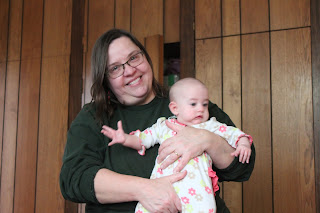 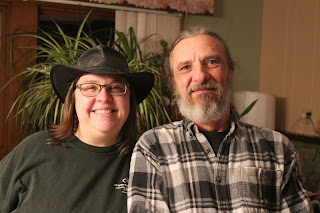 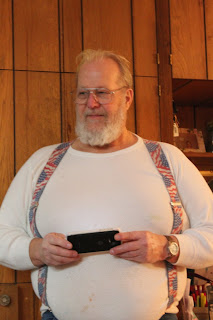 Eventually we all gathered around the table and dug into the various pierogis, sausages, stuffed cabbages, mushrooms (well, I let those go by – more for others, really) and assorted other goodies.  Fran got to try borscht for the first time and she seemed to like it.  Justin and I hoarded the horseradish, which was good and hot.  Lauren actually tried some and thought it was pretty good so perhaps we’ll have to share in the future.  Clears the sinuses right up!

There were two rounds of gifts after that, the first being aimed primarily at the littler kids.  They spent a happy half hour opening presents and making joyful noises and generally doing the sorts of things that you remember doing at that age if you celebrated Christmas.  Remember those days?  Now you understand your parents a whole lot more, don't you!  It's the circle of life, which rolls along much faster than you think it will. 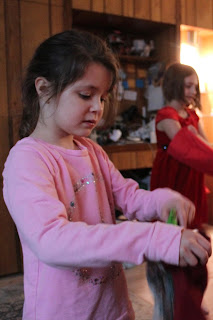 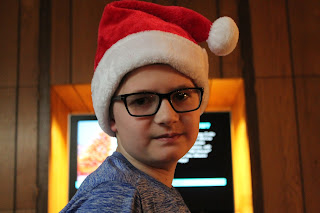 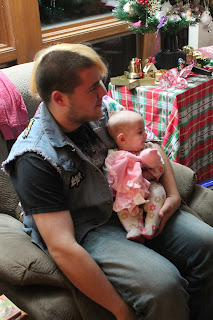 And then the grown-ups and big kids played the Dice Game.

It’s the same Dice Game we played in Tennessee - the rules don't change - and it keeps things fun and affordable at the same time, which is always a plus.  My strategy is to aim for small things, since they’re easier to carry, though with this crowd we didn’t have to worry about people taking things home on airplanes so some of the items were actually fairly big.

Driving for the win! 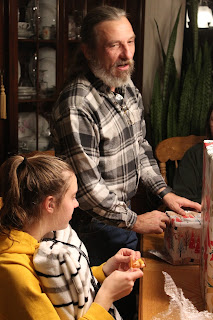 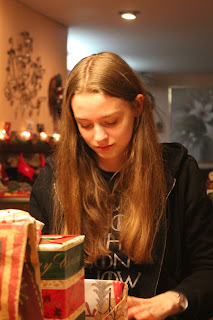 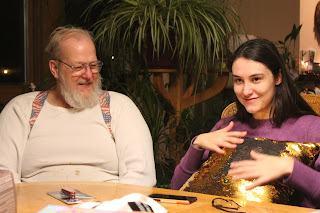 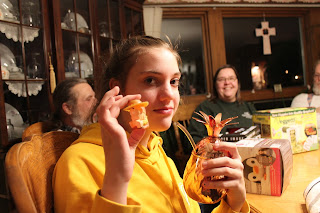 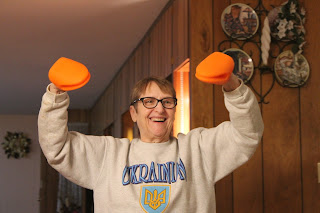 Over the course of the evening Lauren, Fran, and Tabitha ended up with a rubber cowboy - the one Lauren is holding there alongside the copper pineapple (a sentence I never in my life thought I would write, but life is full of surprises, really).  It’s one of the creepiest toys ever made – right up there with the Mickey Mouse doll that we saw in the Toy Museum in Stockholm that probably gave Goofy nightmares for years.  It’s kind of gummy and has a blank-eyed stare like it’s thinking of new ways to hack your credit cards, but on the plus side you can pull it into interesting shapes. 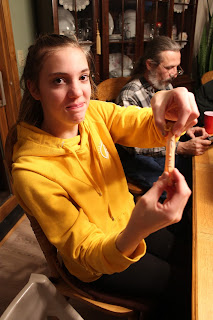 It took us nearly half an hour to find it online to see what it was called.  We have since collectively abandoned this knowledge for the greater good of humanity, though we still remember the cowboy with the odd fondness that one remembers any mildly disconcerting thing that did not actually cause you harm.  Merry Christmas, cowboy!  Yee-haw!

We’re back home now.  School and work have started up.  The temperatures have warmed up to about freezing.  At some point we should take down the tree, turn off the Christmas lights, and be ready for the next Big Holiday here in America – Super Bowl Sunday, the one day of the year where you’re required to eat junk food for dinner.  Maybe soon.

Merry Christmas, one and all.
Posted by David at 11:59 PM