Friday was the first day of school here in Our Little Town.

I know.  You could have heard the complaints from three counties away, and that was just the parents.  Throw in the teachers, administrators, and perhaps – perhaps! – even the students themselves, and we had ourselves a regular bullfrog chorus going on.

It’s not the school part, not really.  It’s the “getting up early and having to do things that other people require” part.  I have found that a large part of being an adult is that second piece, however, which is why summers lost most of their attraction for me sometime in the mid-1980s.  I never minded the school part, though.  This may be one of the reasons I ended up as a teacher.  If I’m going to get jacked out of bed and ordered around anyway I might as well be doing something I like.

Let that be a lesson to you, kids.  Life is too short to wake up screaming.

Tabitha’s a junior this year over at Local Businessman High School, which is a good year to be in as I recall.  She’s past the initial getting used to the place stages, and hasn’t hit the pre-nostalgia squeeze-it-all-in stage of senior year.  It’s a comfortable year.  And now that she can drive, it may be a sociable year as well.  I don’t recall being home much my last two years of high school, anyway. 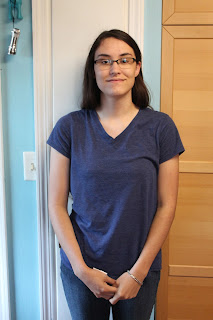 Lauren is starting 8th grade – her last year over at Mighty Clever Guy Middle School.  She’s at the top of the MCGMS ladder and I hope she enjoys it, because the great truth of life is that the top of one ladder is just the bottom of the next.  Stay in the moment. 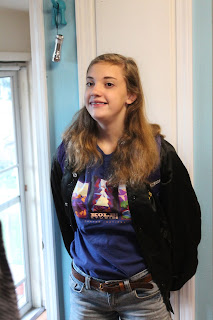 We’re all academics in this house, in one way or another.  The year starts in September, not January, and autumn is for beginnings rather than endings.

Fall. Cooler. Frost on the windshield this morning.

And that is where it should stay. (There is no amount of money ever printed or minted in the history of the world that could get me to go through that again!)

And I hear you, Lucy. I had a great time in high school. I had some good friends. I fell in love. I did things I still remember fondly even now. But once was plenty.

Thanks for the video!