It’s been a busy time here at our rapidly growing livestock operation.

The turkeys are all out at the barn now.  Kim and Lauren cleaned out an old horse stall in the corner, right by a door, and took the four surviving turkey chicks over there a couple of weeks ago.  KitKat, Jamaica, and Norman are all still doing well. 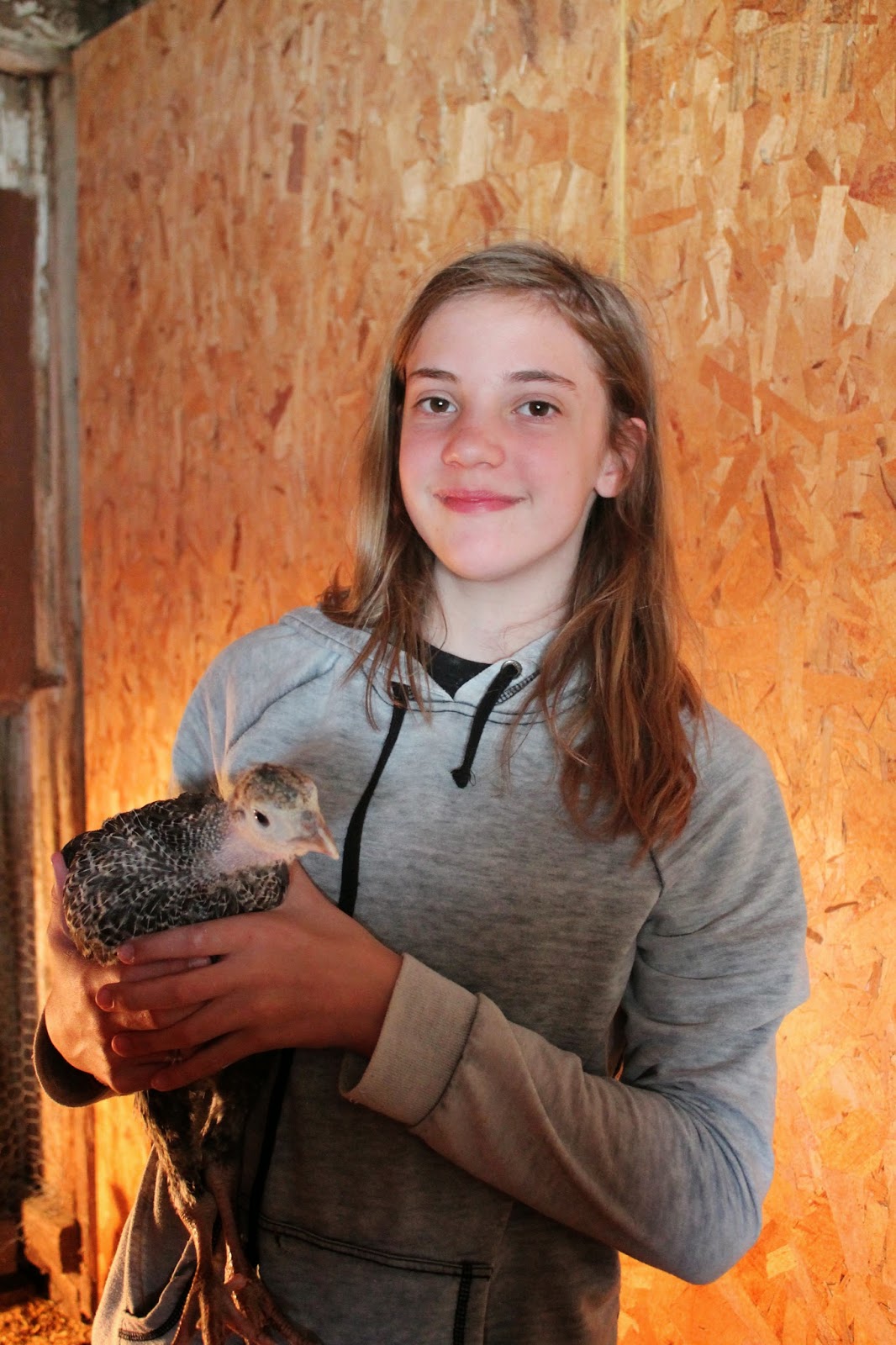 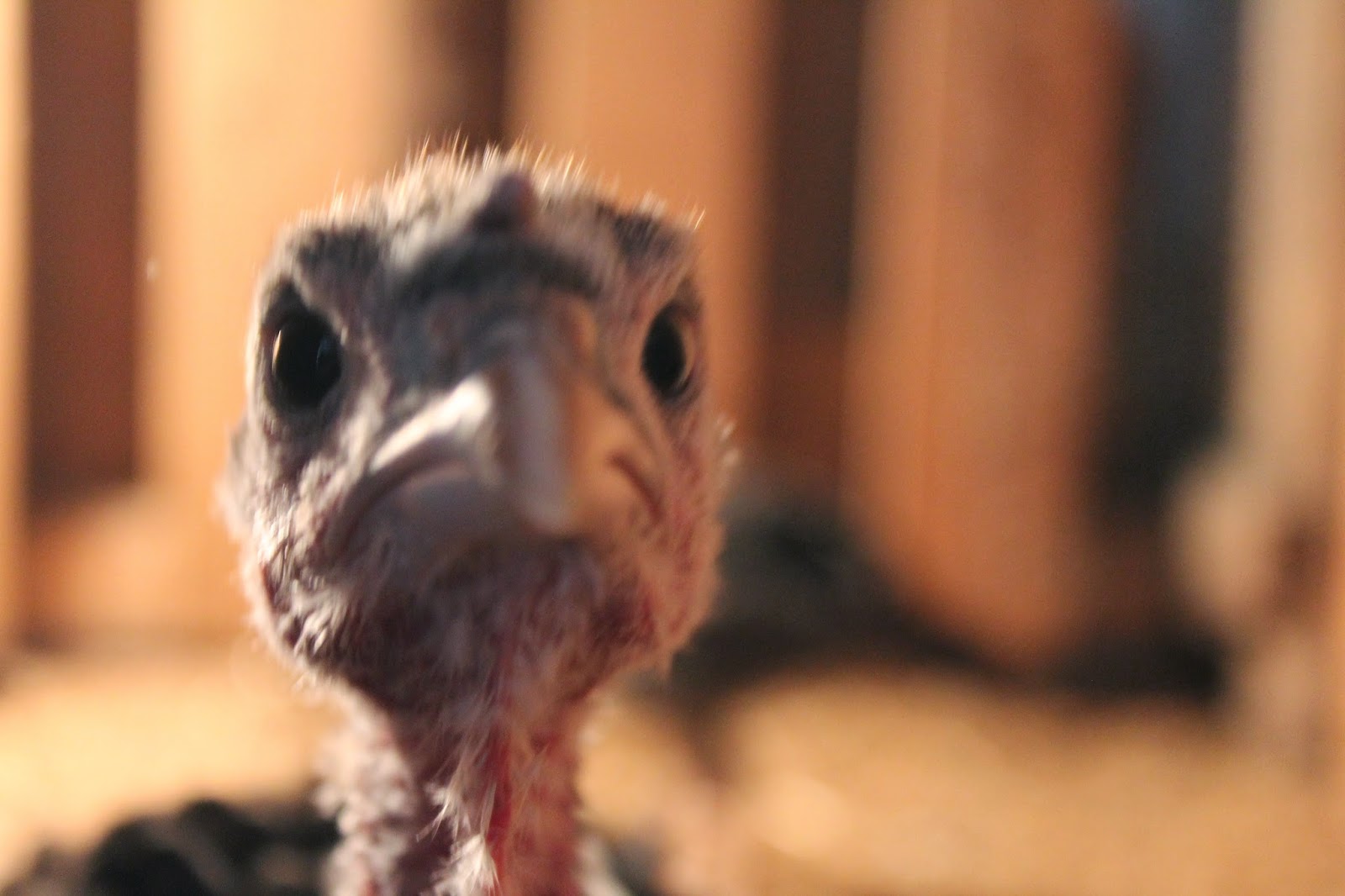 Poor August is no longer with us, however.  She had splayed legs – apparently a common problem with birds that grow so big so fast – and never did learn how to walk.  A friend of ours who raises turkeys (and from whom we got these turkeys in the first place) recommended a technique that might help.  You stretch a cord or similar something between their legs to keep them from splaying out so much, and then gradually shorten it up until they have to keep their legs underneath them.  In theory this means they learn to walk, but it doesn’t always work out that way.  Lauren spent a lot of time nursing August along, making sure she could get to the food and water, but earlier this week it was clear that August had deteriorated markedly.  She was a sweetly goofy little bird, and we’ll miss her.

When we go to the barn we also check in on last year’s chickens.  Venus, Puff, and Rocky are each producing an egg most days.  They’re good eggs.

We need to figure out what to do with Sully, our special needs rooster.  Sully is quite possibly the least intelligent life form on earth, a walking refutation of Darwinian natural selection – possibly because nothing about his selection was natural – and a continual source of stupefied amazement to us.  I once watched him get clotheslined by a bucket.  He used to be pretty docile, but this spring he’s been getting his rooster on and coming after us rather aggressively when we go to feed them, and this will not stand.  We have a big plastic bucket that we trap him under during times we’re in there and that seems to calm him down for a while, but the next day it’s right back to the offensive he goes.  This may be a self-limiting problem.

Rosie the rooster will still sit on your arm like a parrot if you let him, though he seems to be coming under the bad influence of Sully and trying to get his rooster on as well.  This is vaguely comical in a bantam rooster who is roughly half the size of the hens who surround him, but still a nuisance.  Don’t do it, Rosie!  It can only lead to heartache. 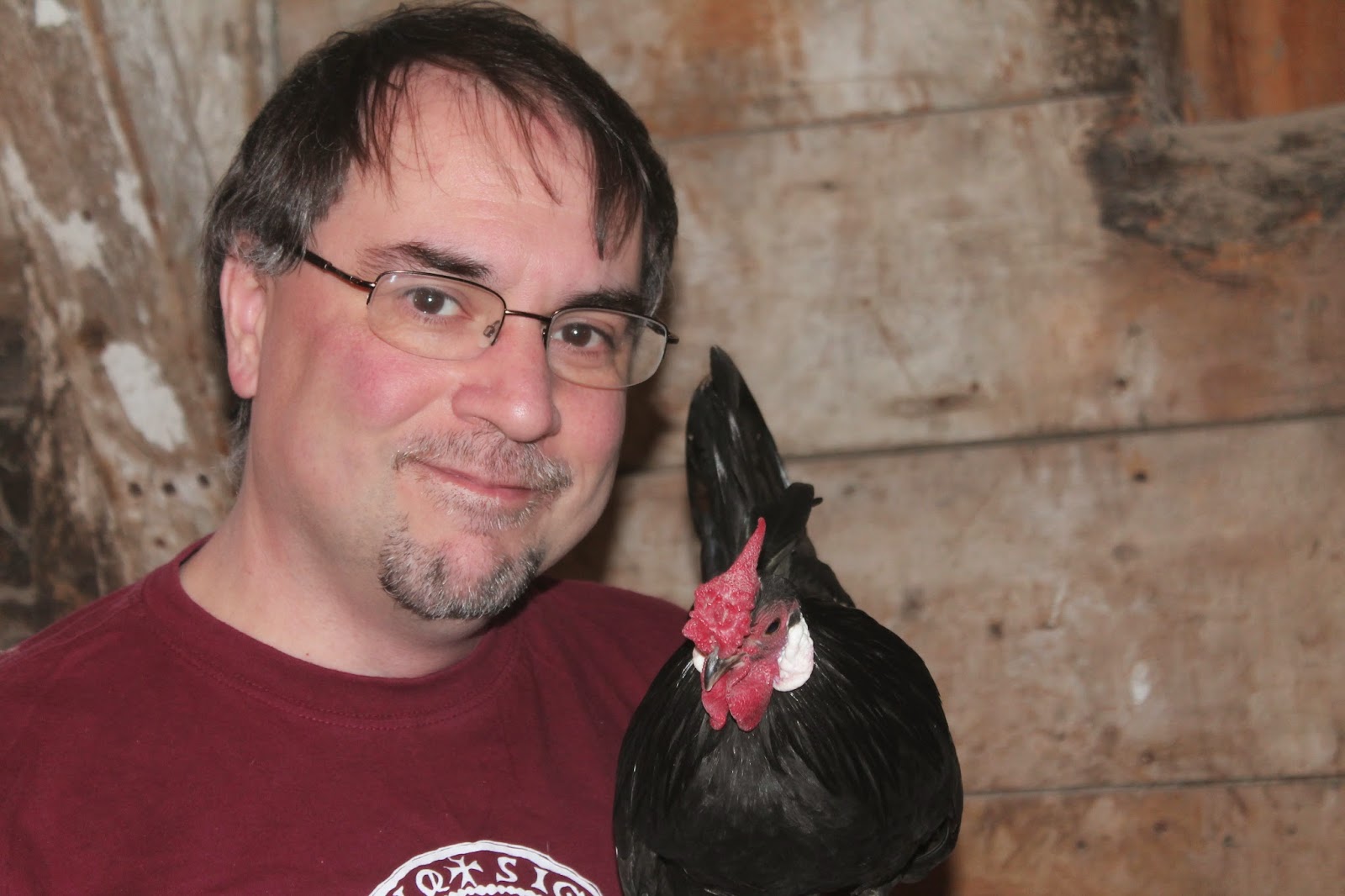 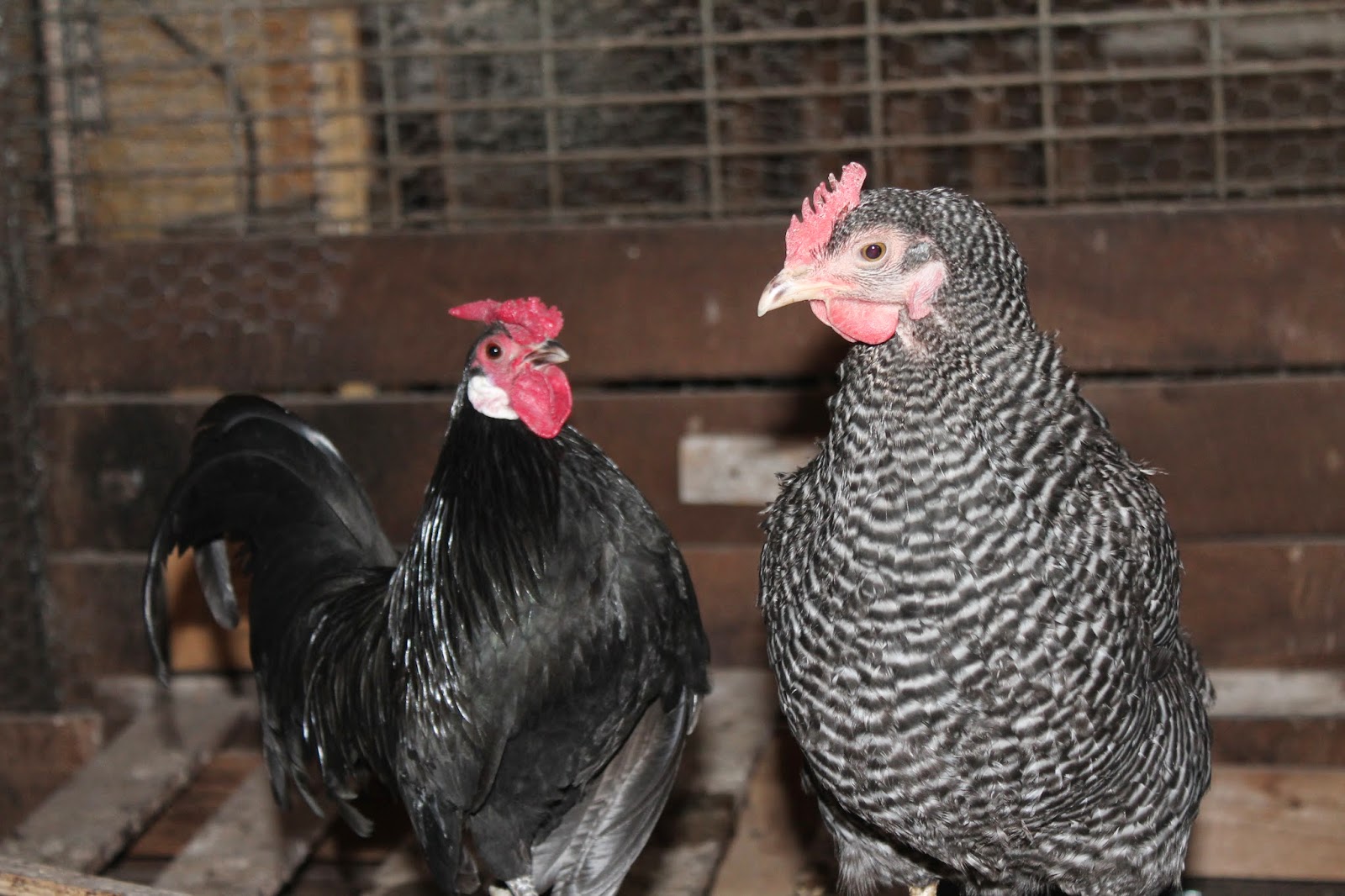 We still have eight chickens in big Rubbermaid bins our living room.  The Orpingtons are probably big enough to go out to the barn now, once we clear out a space for them there.  The Sultans may well be big enough to go too, though why Lauren wanted more Sultans with Sully’s example staring her in the face I do not know.  The three others may be too small yet.  We’ll see.

Of course, we may not have to take them out there.  The recent elections returned a pro-chicken majority in Our Little Town and they may be able to pass an urban chicken ordinance soon.  Kim went to a planning meeting yesterday that was well attended (possibly because it was held at the best little diner in town, which never hurts) and came home reasonably optimistic that things might work out better than the last time.

Last time it went before the council the only positive effect was that Kim ended up in the LA Times.

She and Lauren went to the meeting to speak for the proposed urban chicken ordinance, and right before the meeting someone came in wearing a full-body chicken suit and sat down next to them.  “Oh, my,” thought Kim.  “I’m going to end up in the paper.”  And sure enough, during the Pledge of Allegiance, the local newspaper’s photographer took their picture and it ended up in the paper. 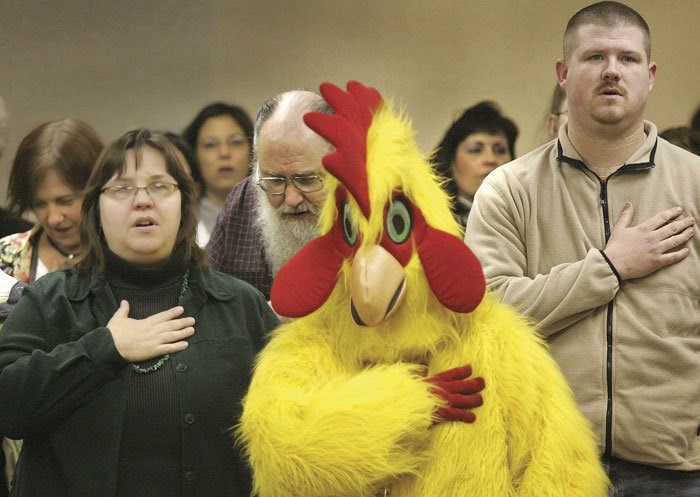 And then it went out over the AP.

This is why our brother-in-law in California called a while later to ask, “Do you know you’re in the LA Times?”  Apparently they were running a story on the Pledge of Allegiance and guess what photo they chose to illustrate that story with!  Go on!  Guess!

Chickens will lead you places you never knew you’d end up.
Posted by David at 12:40 PM

Somebody beat me to the chicken suit!

Gonna hafta come up with something else for the next County Commission meeting.