Scenes From Our Trip Out East - Part 1: Christmas

I am destined to drive in snow in Indiana.

Not real snow either – not the fat flakes of white-out misery that says to anyone with at least half a brain (admittedly a small and declining segment of the American population these days) that they should get off the highway and find shelter, or at least put down their damned cell phones and pay attention to the road. No, not that. Instead it is the intermittent squalls that make you slow down and speed up randomly, the drizzly mess that is too little to make the wipers worthwhile but too much to drive without wipers, the swirling white that makes the car in front of you hard to see but the road beside you clear.

And it extends into Ohio too, because that’s just how Ohio is.

As far as destinies go this is rather pedestrian. No awards. No strange women emerging from ponds to hand me a sword and tell me I’m king. Not even long-lost great-uncles returning from far off lands to hit me up for cash. But it does seem to happen both outbound and inbound on these trips, and so there must be something to it. We can’t all have destinies that get written about in history books. Some of us have destinies destined for blogs.

But we pressed on anyway, this Christmas break, and we had a marvelous time. Take that you ratty excuse for a snowstorm! Begone, or I’ll blast you with my atomic heat ray cannon!

It would be so cool to have one of those.

Christmas came rather suddenly this year, as the semester sort of implied that it would. On the 22nd we all went through our usual routines – the girls off to school, Kim to work, me to class to give my final. My exam ended at 12:30. Kim got home around 3. I picked up the girls from school at 3:10 and 3:25. And an hour and twenty minutes later we were packed and driving east, toward family and friends.

My family does most of its celebrating on Christmas Eve – a holdover from my grandfather’s generation – and as per our usual practice it was a festival of family and food, beginning with lunch. I have finally – finally – managed to convince Tabitha and Lauren that cheesesteaks are good food. They have not quite come to agree with me that cheesesteaks are nature’s perfect sandwich (that will come in time), but in the five days we were in Philadelphia we managed to have cheesesteaks for lunch twice. And this is good because you simply cannot get a decent cheesesteak more than 75 miles from the Liberty Bell, so you have to stock up when the opportunity arises. 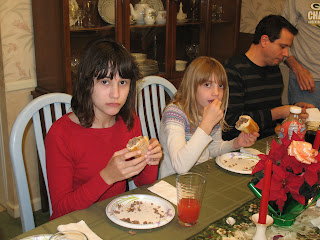 From there we moved easily to Christmas Dinner, at which cheesesteaks were not featured.

This is because the Italian side takes over, and there are an odd number of fish dishes – fish being defined rather broadly to include spaghetti with clam sauce, crabcakes, and shrimp. We’ve scaled back a bit from the seven kinds that my grandmother used to make. Three is a good number. One is also an odd number, but that would seem sort of barren for a holiday. So three it is.

And here I pause to note once again how grateful I am for the family I have. There are a lot of food issues in this family – depending on who you talk to, you will find someone who needs to avoid peanuts, tree nuts, sugar, scale-fish, eggs, and/or wheat. A friend of mine spent a miserable Thanksgiving with her family last year, as they refused to acknowledge or accommodate her food needs in any substantive way. In my family, such a thing would be inconceivable. You adjust the menu to the people there, because they are your guests, your family, your people. I would not have it any other way, and I learned that from my parents.

So there were no scale-fish, peanuts or tree nuts. The crabcakes came in regular and gluten-free varieties, there were rice noodles along with the spaghetti and gluten-free meatballs as well, and there was always a crustless cheesecake on the dessert menu. Eggs were kept safely baked into other things. The sugar? Well, adjustments can always be made in other carbs. We ate and were merry - all of us together. 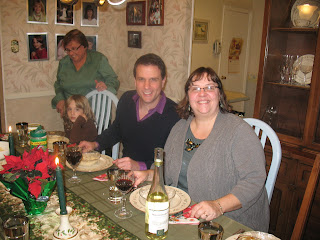 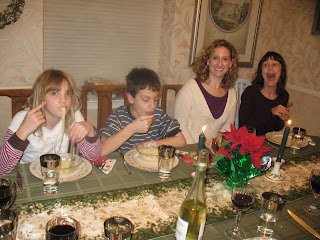 We managed to put off the kids until after dinner, but at that point the pressure built too high and there was a mad dash toward the wrapped gifts under the tree, after which they were considerably less wrapped. 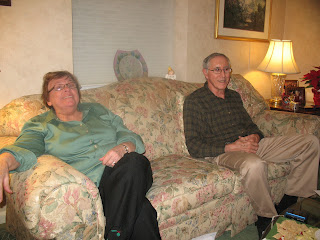 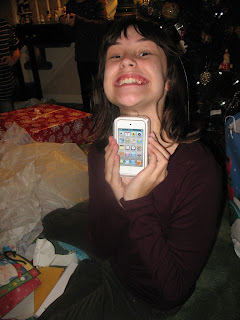 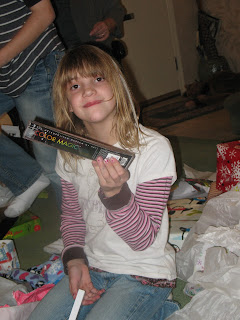 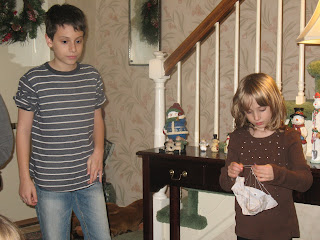 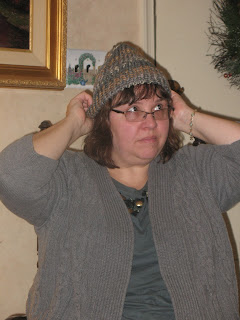 Christmas Day was much the same, except lower key. 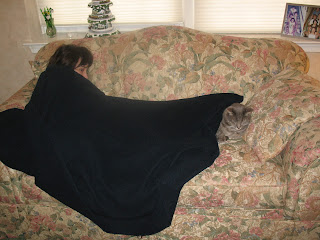 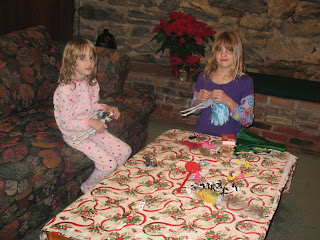 Hey, wait a minute! I live in Ohio and... oh, yeah, you're right. I forgot I grew up in Minnesota there for a minute and felt myself jumping to defend Ohio. I have been here way, way too long.

My favorite cheesesteak place was a truck called "Sophie's" that used to park at 32nd & Spruce, down by Franklin Field and HUP, but I think she retired a few years back. I haven't seen her around, anyway.

We usually go to Brookline Pizza, which is not that far from where my parents live. They make a great sandwich, and I don't have much time to head into the city proper anymore.

Where is Tony Luke's? Perhaps I should give that one a try next time.

I am not sure I know what cheesesteak is, but I am quite sure I don't want to Google it and find out.

A cheesesteak is the world's best sandwich, and a Philadelphia tradition!

You take thin sliced pieces of beef and fry them up - if it takes more than a minute, you've cut it too thick. Chop it up while frying so the pieces are small. Add a little salt, a little pepper. Cover with cheese - American, usually. Provolone in the suburbs. Cheez-Whiz in South Philly. Scoop the whole thing into a long crusty roll and eat, ignoring the protests of your arteries.

The only other addition for a proper cheesesteak is onions - fried or raw. This is known as a "cheesesteak, with." It is not necessary to say with what - they know, and if they ask you "with or without" you are expected to know too. I prefer mine "without."

Other things can be added, but then you've got something else. Marinara sauce makes it a pizza steak, for example.

The words "au jus," "tender," "caramelized," "Gouda," and "whole grain" should never be used in any context involving cheesesteaks.

And God help you if you should order anything labeled a "Philly steak." You're on your own with that.