A Day at the Museum

The world looks different from a coach bus.

I’m used to driving the highways around here – you can’t live in the midwest and not be used to driving on highways – but I’m used to seeing them from ground level. On a coach bus, forty or fifty feet up in the air, you do get a different perspective. Especially if that coach bus is filled with fifth-graders, all keyed up for their big field trip to the Museum of Science and Industry down in Chicago. There’s a whole lot of perspective there, yes indeed.

Tabitha and I were out the door at 5:40am in order to get down to Not Bad President Elementary and be on the bus at 6. Despite the uncivilized hour everyone made it on time and the ride down was cheerfully noisy. I was on my own, of course, as Tabitha has long since reached the point of preferring to sit with her friends, but I’d brought plenty of reading material and tea so I was set. We cruised into the city without incident, and pulled up to the museum just as it was opening.

I was put in charge of Tabitha and a couple of her friends, given a schedule of events that didn’t look all that complicated, and told to go off and have fun. 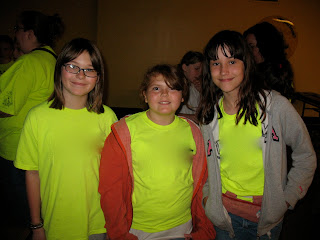 And so we did. The Museum of Science and Industry is one of those places where you can spend an entire day there and still feel as if you were missing things. But we did our best.

We cruised through a long display of antique cars, ranging from some of the first vehicles ever to move under their own power to Grand Prix racers from my childhood. 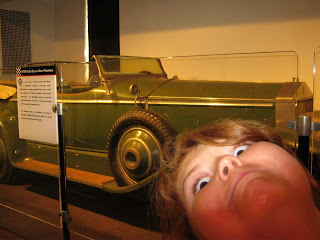 There were exhibits about the future, with robots that could talk and dance, and places to pretend you were an information packet on the Internet, and displays where you could catch projected images with your shadow. You could even make your shadow do things it never thought it could. 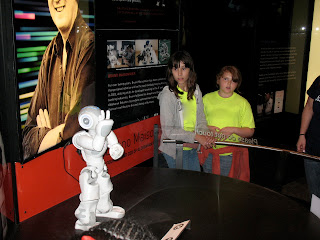 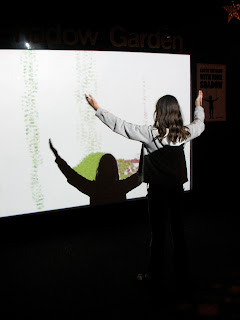 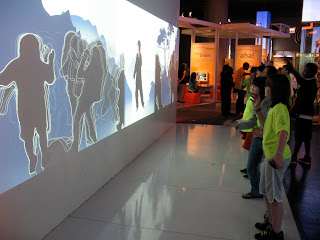 Probably the biggest hit of the day was the large section devoted to storms, which had plasma balls, a giant lightning generator mounted in the ceiling, a rotating avalanche disc about 15 feet across, hot air balloons, displays with two-foot high flames, and a tornado that stretched three floors up. 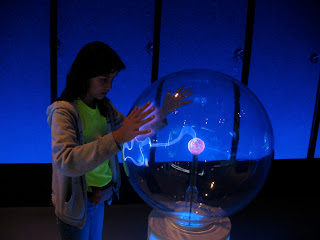 After a while it was movie time, so we all trooped down to the Omnimax theater to watch a film about idiots.

That wasn’t what they were called in the film. “Storm chasers,” I believe was their preferred name. These are the people who trick out their cars with armor plates and high-end photographic equipment and rush toward tornadoes in the fond hopes that the rest of us won’t call them idiots – or, given the sad fate of those who are stuck in places where these thrill-seekers are trying to go, perhaps vultures would be better – except that I do. It made an interesting movie, I suppose, even if the jittery handheld camerawork didn’t really translate well onto a hemispherical dome of a screen.

And then it was time for lunch.

When breakfast was at 5:20am and lunch isn’t until 1:15pm, my advice is not to get in the way of the people headed into the cafeteria.

We had a few minutes to keep exploring after lunch, so I convinced my charges to go see the U-505, an actual WWII German U-Boat that they have mounted in its own room. You can go inside for an additional fee and an hour’s investment of your time, but since we didn’t have those things we just wandered around the outside. 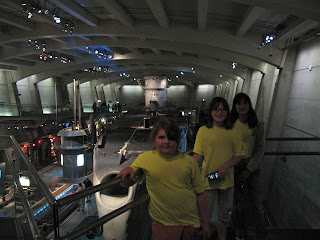 And then they wanted to see the baby chicks, so we adjusted for the mental whiplash and hit that display on our way out to the buses again.

We got back to Our Little Town around 5:30pm, which made for a very long day but a good one. 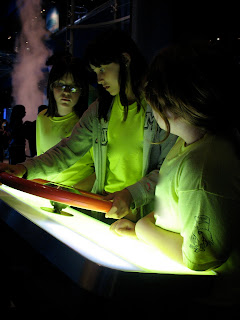