One of the things I decided to do this semester was create PowerPoint presentations of images to show my classes. We’re all virtual now – just pixels on a screen – and I figured it would be a lot more entertaining for my students to stare at something other than me for the entire class period. I didn’t want these presentations to be anything critical – I wasn’t going to test them on these images, for example. I just wanted them to be interesting.

And they were, at least from what I heard. I asked my US1 class if they wanted me to continue with them after a couple of weeks and they all said yes.

So three times a week I would sit there image-searching the web, looking for things that could plausibly fit into my lectures.

This is tricky in the first unit of the course. There simply aren’t that many images out there for things that happened in the early 1600s, for example, so you make do with what you can find. Etchings. Paintings. Artifacts. Modern reconstructions or restorations.

But as we got into the 19th century, we entered into the realm of photography and it was utterly fascinating – to me at least – to see what some of these people actually looked like. You get used to them as names on a page, as actors on a stage you will never actually see, and then there they are. 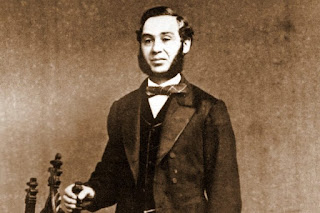 This is Levi Strauss, for example. He was a German Jewish immigrant who came to this country in the mid-19th century and made a fortune selling tough denim workpants to the miners who were part of the California Gold Rush of 1849. The miners called those pants “Levis” in his honor. 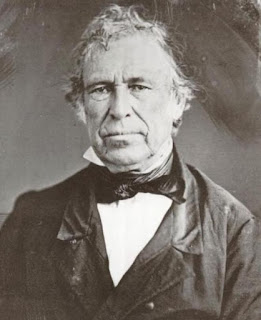 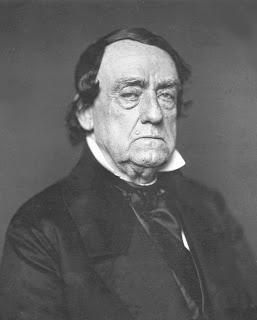 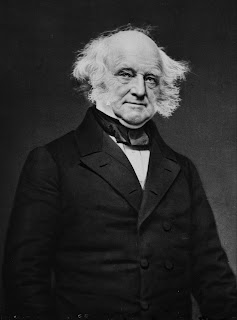 These are the three candidates from the 1848 presidential election, an election whose main issue was whether to allow slavery in the lands taken from Mexico in the Mexican War of 1846-1848. The entire American Southwest – California, Nevada, Utah, New Mexico, Arizona, Texas, and parts of several other states – were part of Mexico until the US decided they’d look better as part of the US, but slavery was a sectional issue that the Second Party System just could not handle without imploding. So the Whig candidate Zachary Taylor, the first image, ran on no platform at all. The Democratic candidate Lewis Cass ran on a platform of “popular sovereignty,” which nobody understood and he was unwilling to define, so it effectively meant running on no platform either. Only former president (and before that Andrew Jackson’s vice president) Martin Van Buren, running as the Liberty Party candidate, ran on anything approaching a platform, which was to keep slavery out of that land. Naturally Van Buren came in third, while Taylor won.

This was clearly a time before television. 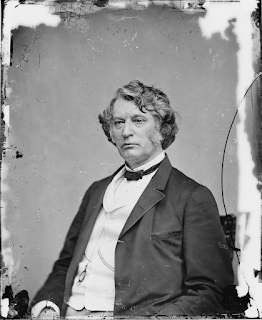 Charles Sumner was a Senator from Massachusetts who gave a blistering speech on the Senate floor denouncing Southern interference in Kansas. South Carolina Representative Preston Brooks beat him senseless at his desk a couple of days later while his buddy held off the rest of the Senate at gunpoint. Southerners lionized Brooks as the epitome of Southern manhood for this, and perhaps he was. It took Sumner three years to recover enough to return to the Senate. 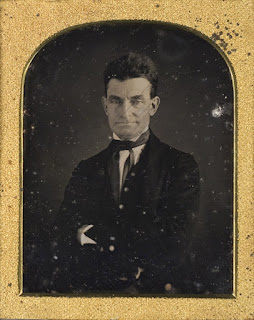 John Brown was an antislavery zealot who was active in the guerilla wars in Kansas between proslavery and antislavery forces and later tried to start a slave rebellion by capturing the federal arsenal at Harper’s Ferry (then Virginia, now West Virginia). He was captured, tried, and executed. “John Brown’s body lies a’moldering in his grave,” Northerners would later sing, “but his truth goes marching on.” 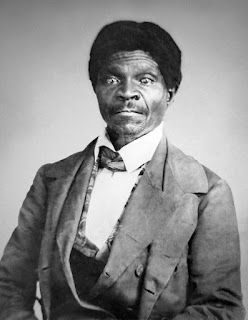 Dred Scott had been a slave during the 1830s and 1840s, but he had spent a lot of time in the free territories of Wisconsin and Illinois following the Army doctor who legally owned him, back when that was considered a thing. When the doctor died Scott sued for his freedom, since slavery was not allowed in those territories. A St. Louis jury agreed and set him free, but the doctor’s family appealed and eventually in 1857 the US Supreme Court ruled that not only was he still a slave but that no African American could ever be a US citizen under any circumstances. The 14th Amendment exists in no small part to erase this foul decision. 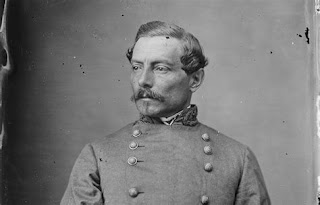 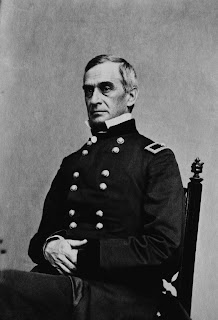 The first official shots of the Civil War were fired at Fort Sumter, in the harbor of Charleston SC, by forces under the command of Pierre G.T. Beauregard, the first image above. The fort was commanded by Major Robert Anderson. Beauregard was an excellent artilleryman, so much so that when he was at West Point his instructor took the unprecedented step of asking him to stay on to help him teach the subject. His instructor was Major Robert Anderson. 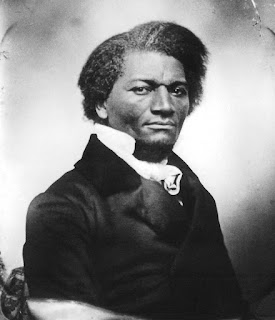 Frederick Douglass was one of the premier abolitionists of his age and one of the best orators. A former slave himself, he used his personal experiences to argue a critique of American society that still resonates today. 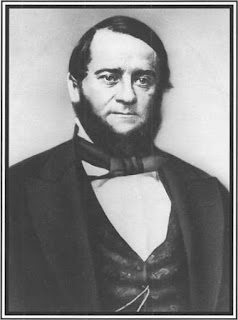 This guy, though. You have to love a guy as hapless as this one.

Wilmer McLean owned a farm near the northern Virginia town of Manassas Junction in 1861. There was a small stream nearby called Bull Run, and it is here that Union and Southern armies clashed in the first major battle of the Civil War. Northern soldiers – often city boys – tended to name battles after the nearest body of water since that is what stuck out to them, and they called this the Battle of Bull Run. Southern soldiers – mostly farm boys – tended to name battles after the nearest town for the same reason, and they called it the Battle of Manassas Junction. And then they did it again not too long later and the battles became First and Second.

At that point McLean decided he had had enough of battles on his farm so he sold it and bought a nice little house in a quiet little town about 75 miles from Richmond, a town called Appomattox Courthouse. Four years later Union forces under Ulysses S. Grant would trap Robert E. Lee’s army in that town, and Grant and Lee would meet in McLean’s parlor to work out the formal surrender of the last remaining Southern army, and the war was over.
Eventually McLean moved back to Manassas and ended up working for the IRS.
You forget sometimes that these were actual people and not just names on a page. Looking at them, seeing their faces, is a marvelous antidote to that.
Posted by David at 11:00 PM

Two. I only recognized two - Van Buren and Dred Scott - Three others I've seen other images of but still didn't recognize them.

History, thy first love is Irony.

And I lied. I didn't go back to bed yet cause some insensitive soul posted something really good on your blog.

More like this! (It's an old tune, but one I can hum through sheer repetition. Sorry.) (Not really.)

I've seen Van Buren before, and older portraits of John Brown and Frederick Douglass but not those younger ones. Lewis Cass surprised me immensely - the man is downright homely, which would not fly in a presidential campaign today no matter how talented or dedicated he was (sad to say).

I had originally planned to include the 1860 presidential candidates as well, but it got too long and too late.

Stephen Douglas looks like a disgruntled elf. Lincoln doesn't have his beard yet. John Breckinridge looks like Little Lord Fauntleroy. And John Bell is an absolute dead ringer (see what I did there?) for a local folk singer whom I have actually booked into concerts down at Home Campus - that took me by surprise, I must admit.

If you haven't seen her work before, you should check out Marina Amaral. (https://twitter.com/marinamaral2)

She has jointly published two amazing books, worked on the Billie Holiday project, and did amazing work with The Faces of Auschwitz.

Her work brings an immediacy to these old photographs that I can't really compare to anything else.

Also, she likes to find pictures of nude historical figures, which is fun.

Interesting - I will have to explore her work further. Thanks!

I subscribe to a number of "old photo" sites on various social media feeds - they're just fascinating.

And all of those people are gone now.