This is the summer when other people visit us.

Last summer we went out and about across the country and the world and visited other people, which was a great deal of fun and we hope to do that again sometime soon.  But you can’t do that every year unless you make a lot more money than we do, so this year we are mostly the hosts and destinations and you know, that’s just fine.  It’s good to be able to show others hospitality rather than just accept it for yourself.

Originally Fran was going to stay with us for the month on her return to the US, but she decided to stay with Sierra instead – understandable, of course, though it meant we wouldn’t be seeing her as much.  They’ve come over a few times though, and that has been lovely.  It’s been good to catch up with the two of them.  We like Sierra, and Fran is family at this point.

We had our usual Fourth of July cookout and they came over for that.  It was Fran’s first American Independence Day, so we did it up right.  Hot dogs.  Burgers.  A wide assortment of foods that could in no reasonable way be described as healthy but were tasty anyway.  A few that might actually have been healthy, just for variety.  A jello mold in the shape of the United States (all blue this year – we’ve had enough of red for a while) so everyone could eat their favorite state or region.  Various family and friends.  And fireworks arcing gracefully over the cardiac and neo-natal wards of the local hospital because that’s how we do it here in Our Little Town.  It was a good Fourth. 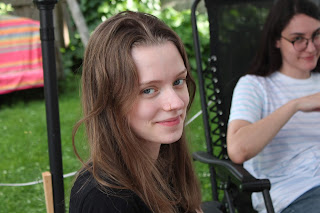 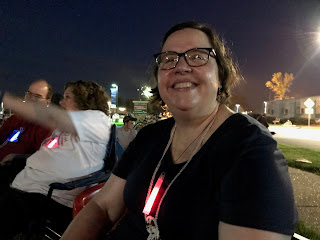 My niece was there too.  Sara came back with us from visiting my mom in Philadelphia – her longest car ride ever, in fact.  You forget, living in the midwest, that day-long car rides aren’t considered normal in most parts of the country.  But there you go.  She and Lauren spent the week hanging out together – all of the family in Sara’s generation out east are boys, so she got to have some girl time out here and it looks like they had a good time. 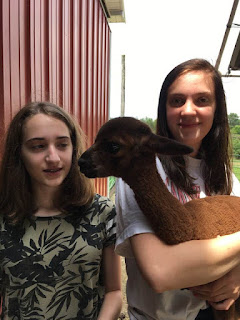 My brother flew out on the Fourth and came to the picnic as well, and we had a grand time together as we always do.  There was a Phase 10 game.  There was one night where we stayed up until Undergraduate Hours just talking – something that happens pretty much every time we get together, at least once.  We all went to Madison for a day, and then to the RenFaire.  And then he and Sara went back home. 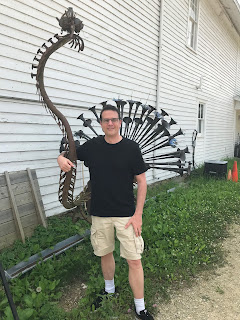 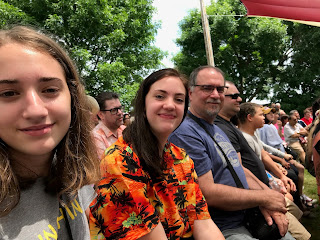 Fran’s still here though.  She’ll be here for another week and a half, so we’re looking forward to seeing her a few more times.

And at the end of the month it looks like our English friends – Richard, Magnus, and Ginnie – will be visiting as well.  We’re looking forward to that as well.

We almost managed to work out a visit from Joshua, Abby, and Zach on top of all this, which would have been lovely but it didn’t quite happen.  So we’ll just have to arrange it for another time, of course.

It’s good to have friends and family who want to visit and whom you want to have visit.  And soon enough, perhaps, we’ll return the favor once again.
Posted by David at 4:12 PM