And a Happy Graduation to All

There is a certain irony about being a historian at a graduation.

Historians by our nature are backward looking creatures.  We focus on the past, on how we got to this point, on how contingent that process was, and how the world conspired to create just such conditions that would make that process possible.  Call it an occupational hazard, call it a character flaw, but there it is.

Graduations, by contrast, are forward looking events, and if there is ever a group of people who should be focusing on what is to come rather than how they got here, it is a class of graduates waiting for the ceremony to be over so they can go out into the world and become what they will.

I wish them well, without irony.  Graduations are for the future.

It was graduation night tonight for the folks at Local Businessman High School, down at the football field.  Football fields are great places for graduations because they are wide and flat and usually have enough bleacher seating to fit everyone, though tonight the crowd filled the bleachers half an hour before the ceremony started and by the time the first speaker walked up to the microphone there were people standing at the fences.  It’s always nice to see the community support the schools like that.

Lauren spent most of the preliminary ceremonies running back and forth between the orchestra and the band, both of which were performing but for some reason in alternating songs.  So she would play her cello for a while, and then run around to the percussion section of the band – she was the only one doing this so the conductors would wait for her – and the next song would begin, and then the process would reverse.  She got a lot of exercise. 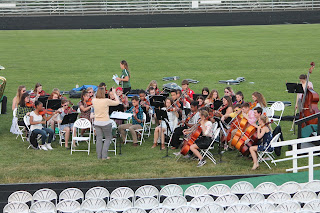 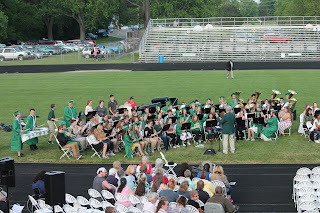 Eventually the band struck up “Pomp and Circumstance” and the graduates marched in.

We could easily pick out our graduates by the hats.  LBHS allows its graduates to decorate their caps provided that they submit the completed caps for approval and a surprising number of graduates took advantage of this.  Fran marched in underneath a medley of the US and Belgian flags, while Tabitha’s art-class banana theme continued tonight. 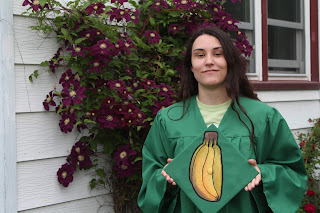 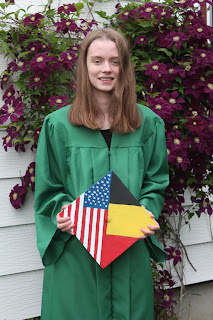 There were a few brief words from the Salutatorian, the School Board, and the Principal (LBHS designs nearly all of its events around the notion that short events mean happy attendees, and more power to them for this excellent strategy), followed by a song from the choir and a handful of speeches from the various valedictorii, and then the main event could begin: the Collecting of the Diplomas.

They call everyone’s name individually for this, which is a lovely thing.  These kids have worked hard for this honor, and they deserve the recognition.  The graduates file out of their seats and get in line on the stage left side, their name gets called, they run a gauntlet of Local Dignitaries eager to shake their hands, and then they receive their diploma. 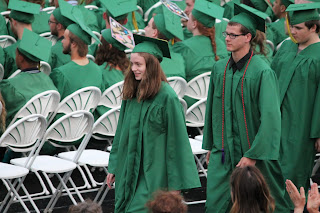 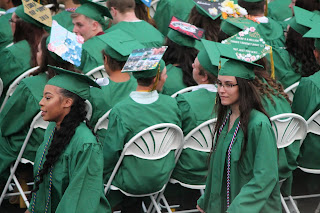 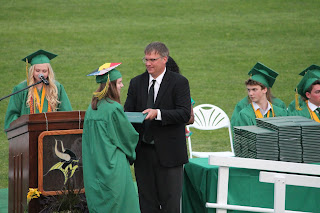 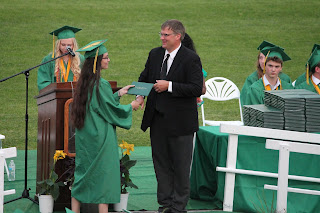 Well, actually, they received their diploma case.  Then they walk back around to their seat, stopping at an unobtrusive table on the way to receive their Actual Diploma.  They do get to go home with the real thing in hand, which is a nice touch.

And then the festivities really began. 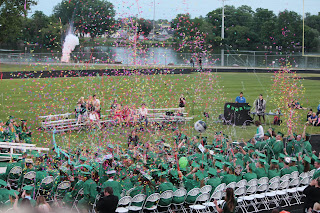 They don’t bother with any kind of organized exit, since experience has shown the folks at LBHS that this is pretty much a hopeless idea.  The graduates instead steam out though the pathways underneath the bleachers, and the rest of us make our way out the more usual way, and the two groups collide in the parking lot in a joyous mass of confusion.  But it’s a small place, when you get right down to it, so it doesn’t take that long to find the people you’re looking for. 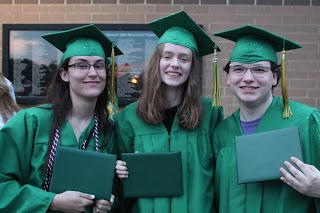 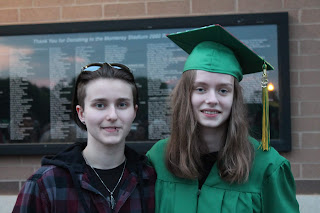 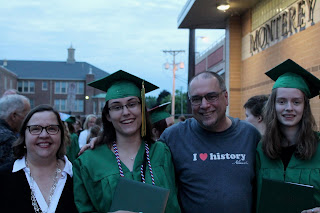 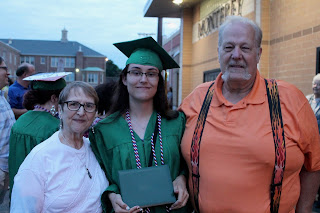 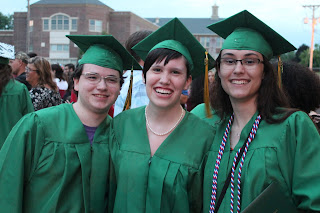 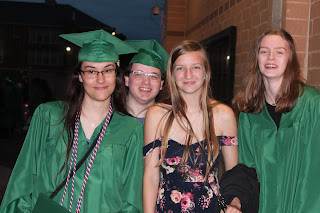 It’s been a long trip to get here, and it deserves a celebration.

Congratulations Tabitha and Fran.  I’m proud of you.

Walk into your futures and be glad in them.
Posted by David at 11:38 PM

Life in the real world doesn't always work the way you think it should.

Situational Awareness is 'a' key, but certainly not the only one. With perseverance (and just a wee bit of luck), you will come to learn that your education never reaches a conclusion. Strive each and every moment to learn something new, and how to apply that in your everyday life.

Keep your head down, and your nose to the wind. And remember to enjoy your life & take the time to take care of yourself, and your needs.

*(Not at all certain of my Latin. Or Google translate does not render that properly ...)

I've often thought of what I would say if I had to give a graduation speech. I'm not sure what I'd say, but it's fun to think about.

This is still one of my favorites, though.