Our final run-through for Christmas came after we got back to Wisconsin.  It’s a lovely thing to have family that celebrates on both the Gregorian and the Julian calendars, as it means you can get to everyone on the holiday and nobody gets left out.

So on Saturday we once again packed up the minivan and headed off to see family, this time Kim’s side.

We got there despite the best efforts of the interstate highway system to slow us down – the joys of knowing the state highways, really – and immediately settled in for a day of food and conversation.  And the cat.  They have a beanbag of a cat who is perfectly happy to sit on your lap for as long as you’ll let her, and we’re just suckers for that sort of thing.  Of course it makes our own cats jealous once we get home, but you have to rattle their world sometimes because otherwise they fall asleep.  It’s not like cats need more sleep. 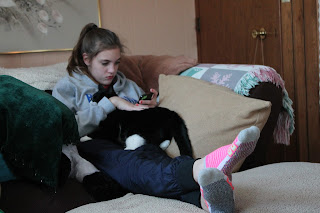 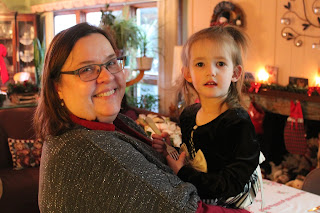 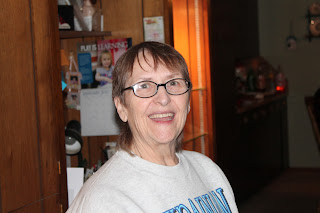 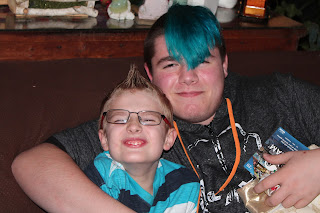 Eventually everyone who was planning to be there arrived and we sat down for a grand meal of many different kinds of Ukrainian food, all of which are tasty and filling and were present in quantity.  Don’t mess with Slavs when it comes to sausage if you know what’s good for you.  They’ll just laugh at your poor imitations and go back to their meal.

The thing about Christmas dinner is that it has a time limit.  There is only so long you can sit at a table, talking and feasting, while there are both young kids and wrapped presents sitting mere yards away.  You can feel the air tense up over time, and eventually you just have to let them have at it. 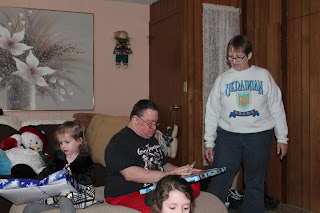 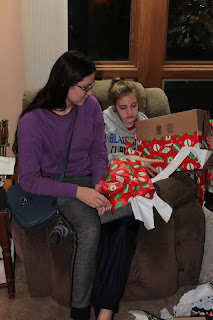 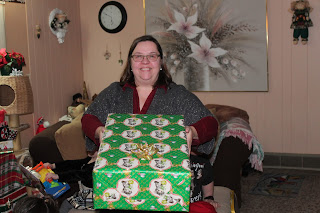 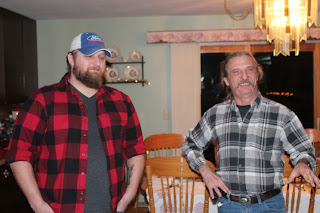 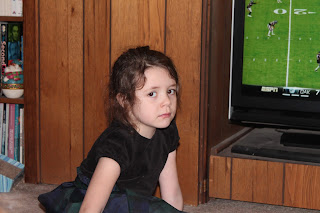 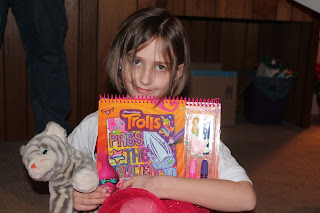 The grown-ups, though, we can wait.  We can sit there through the various desserts and cookies, we can talk some more, and we can put off further gifting, because we’re old and boring.  At least that’s what the kids tell us.  There’s also the fact that at some point in your life you realize that the real gift of Christmas is the opportunity to sit and eat and talk with people you care about, and the rest of it is just extra.

Not that extra is bad, mind you.  It’s just extra.

The adults don’t really do standard gifts anymore, as we’ve all more or less reached the point where if we genuinely want something we can get it, and if not we don’t.  So we play the dice game, where you get two things – one nice, one kind of goofy, with a limited total budget – and put them in six piles, and then roll to see who gets what.  Eventually you end up with two things in front of you, and then comes the trading round, where if you roll doubles you can swap for things.  This year, by request, Tabitha and Lauren were old enough to be included in this game, as was their cousin Kegan.  We’re all getting on, I suppose. 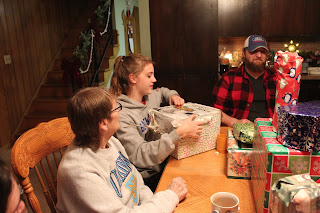 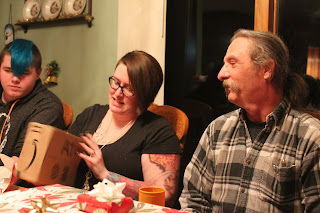 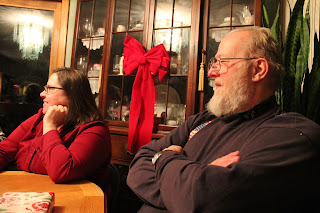 I ended up with a card game based on the Oregon Trail video game and a box of bandaids with Shakespearean insults printed on them.  I actually had the opportunity to trade them away a couple of times and you know what?  I decided I liked them.  Apparently the bandaids were purchased specifically with the hope that I’d end up with them, and how could I change that?  Now all I need is a minor injury or two and I can rock the 16th century!

Then we packed up and headed home, one more holiday season in the books.

Watch out for that curb!

I've noted, with not a little ire, that as the years go by things in my path seem to be getting about a 1/8" taller than they were last year. (Not to mention that ice becomes slipperier and hills seem to be steeper and the ground much harder.

A large supply of bandaids (with insults of any kind) would be sincerely appreciated ...

I'm going to try this again...

I sympathize wholeheartedly with the idea that the world is getting incrementally more hostile in petty and spiteful ways ("I don't recall this being so heavy or so far away from where it needs to be, before!"). We must unite against this.

I haven't managed to injure myself sufficiently to warrant a bandaid this month, but it is only a matter of time. And then won't I be STYLIN!