1. We took the turkeys to the processor today.  It was not quite as hard as last year, in that a) we had more turkeys than we did a year ago and b) we didn’t get quite as attached to each one as we did before, but it’s still a sad day.  They trust you, and you take them in to be butchered and tomorrow they’ll be in your freezer.  I get it, they’re livestock, that’s what happens with livestock.  But still.

2. I took the girls out east for a few days last week to visit with Grammy, who is getting along well these days.  We ate more than our fair share of cheesesteaks and real bagels (not the steamed toroidal muffins you get in the midwest), and went out for a lovely meal at the local brewpub one night.  We hung out with Grammy (Tabitha just floored her by pointing out that there was a Pokemon on her coffee table RIGHT THERE!) and got to see Uncle Keith and Aunt Lori and my friend Jenny.  We spent a lovely day down the shore with Rolane and Steve – a day that included both a boat ride for the girls and some quality beach time where the sky was overcast and cool and the water was walk-in warm.  Lauren was particularly enamoured of the baby clams, which could be had in profusion simply by plunging your hands into the sand and scooping them out.  She spent a happy time tossing them back into the sea.  And our flights were easy and on time.  It was a great but far too brief time. 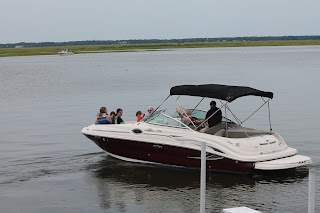 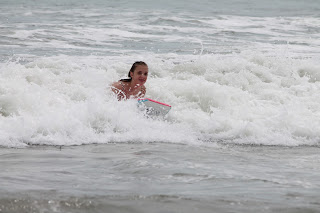 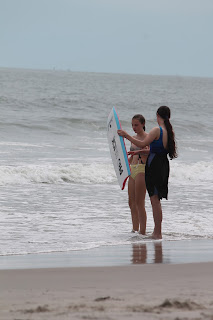 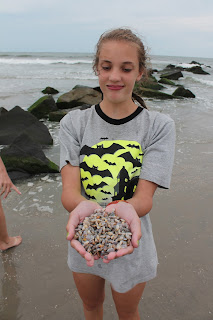 3. One of the main things we wanted to do on this trip was to start Tabitha looking at colleges.  She’s a rising junior this year so it’s not like there’s any rush.  Mostly we wanted to have her get the feel of some categories – “large urban campus,” “small women’s college,” and so on – so she could narrow down the pile of college mail that is already beginning to accumulate.  Fortunately Philadelphia is home to a raft of colleges, so hitting three of them in the short period we were there wasn’t much of a problem.  I enjoyed taking her back to my alma mater, where we saw many things that weren’t there when I attended back in the Stone Age and a few that were.  After the tour was over we went up to look at the west end of campus – where my old dorm was, and which was somehow left off the tour – and had lunch at the pizza place across the street.  They’ve renovated, but the pizza is still good. 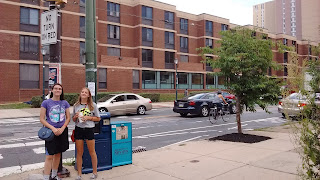 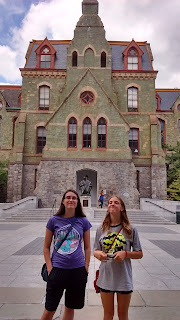 4. It astonishes me that there are people who will seriously tell you they look forward to the damage that a Trump Administration would cause because then we could start over and build a better country out of the ashes.  It puzzles me when they get annoyed when I point out the consequences and fallacies of this argument.  Between such folks – who at least get that Trump is a disaster unfolding in real time – and the people who actually do support the proto-Fascist loose cannon who now represents the GOP, I fear for this nation, truly I do.

5. One of Tabitha’s friends also has her driver’s license now, which suggests all sorts of possibilities for the two of them.  As a parent, I’m not sure I want to think about that any further.

6. It has been a hot and humid summer, and I hate this weather.  You can always add clothing, but the reverse is not true – especially in a nation as morbidly squeamish about the human body as the United States.  As far as I am concerned, if the temperature never went above 70F (about 21C) I wouldn’t be sorry.  Oh well.  Only two more months until civilized weather.

7. One of the things that the girls enjoyed most about visiting Grammy was playing with her cats, Buddy and Charlie.  Charlie is a strange animal, but Buddy is a cat’s cat – a former stray who adopted my parents and essentially barged into their home and made it his.  He’s scruffy, cantankerous, surprisingly gentle with people, and an old, old soul. 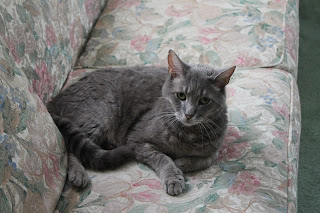 8. I’m enjoying the Olympics, as I always do.  Yes everything around the Games is a cesspit of corruption and sleaze, and yes most of these so-called “sports” are things that nobody beyond the participants and their immediate families (excluding younger siblings, who don’t care no matter what) will bother with once the Olympics are over, but still – it’s a festival of Weird Activities that people spend inordinate amounts of time getting really, really good at and some of them are a lot of fun to watch.  I don’t get fencing beyond “hit them with the pointy end” and if someone ever knew the actual rules of rugby sevens that person has clearly drowned in lager by now, but it’s been fun to parse things out as they go.  I think I know what a “try” is, now.  You can keep the swimming as far as I am concerned, but the gymnastics has been interesting, the soccer has been generally well done (even if the American women have been eliminated, sadly enough) and I’m looking forward to the track events.  Also, field hockey – why the blue field?  So for a spectacle that was supposed to collapse in a mosquito-infested pile of slapstick, it’s been enjoyable.

9.  Why any nation would want to host the Olympics is another matter entirely.  There is no upside from that perspective, as far as I can see.

10.  I voted in the primaries here in Our Little Town.  My track record was about as good as usual.  Seriously, people could hire me out to support their opponents just to boost their own odds.

11.  I’m still working my way through the Game of Thrones series.  It’s well written and incredibly well researched – take out the obviously fantastic elements and it’s not a bad primer on medieval history – but it has a curiously static quality to it, as I burrow through the last published volume to date.  When the girls were little we would go to the Kids’ Museum, and they had a globe about a yard across that was filled with green and white liquids that didn’t mix.  You’d spin the globe and get these really cool fractal patterns, ever changing and twisting and just fascinating to watch.  But if you took half a step back, it never changed.  The liquids spun and merged and reformed but in a larger sense it was all more or less the same.  I’m four and a half books into the Game of Thrones series now – coming up on 5000 pages – and while an entire kaleidoscope of things have happened, if you take that half step back nothing has really changed.  Kingdoms rise and fall, characters enter and often die quite brutally (again, very well researched), and new characters and attempted kingdoms rise up to take their place and the globe spins on and the green and white liquids continue to mesmerize and it all blends together in a way the liquids themselves did not.  I’ll finish the series – and likely read the new ones when or if they come out – but part of me wonders if there will be any identifiable arc to the whole thing.